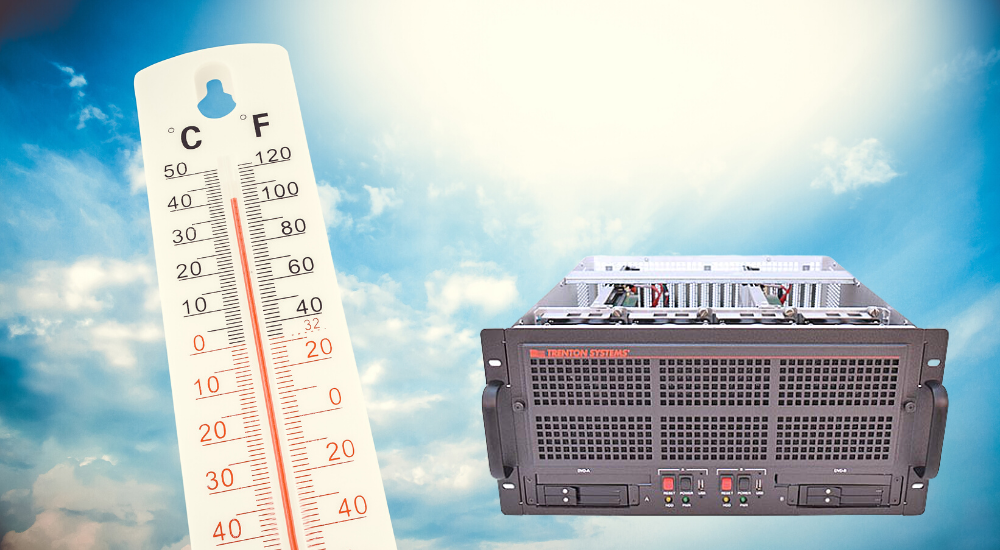 Graphic: Is your server expected to survive and function in extremely hot or cold environments? Testing to methods 501.7, 502.7 or 503.7 of MIL-STD-810 could save you a lot of follow-up costs.

This is Part 1 in a series of the different test methods in MIL-STD-810H, the successor to MIL-STD-810G. View Part 2: Vibration Testing.

Legitimate, worthwhile rugged computers undergo all sorts of stress tests to ensure durability and reliability in the field.

But what happens when a rugged computer is exposed to extremely hot, cold or rapidly fluctuating temperatures?

Can its rugged components - the chassis, the processor board or the PCIe backplane - continue to function?

Well, if the computer and its components have been tested within a wide temperature range for MIL-STD-810 certification, they not only can continue to function - they can endure a life cycle that makes total cost of ownership look like pocket change. 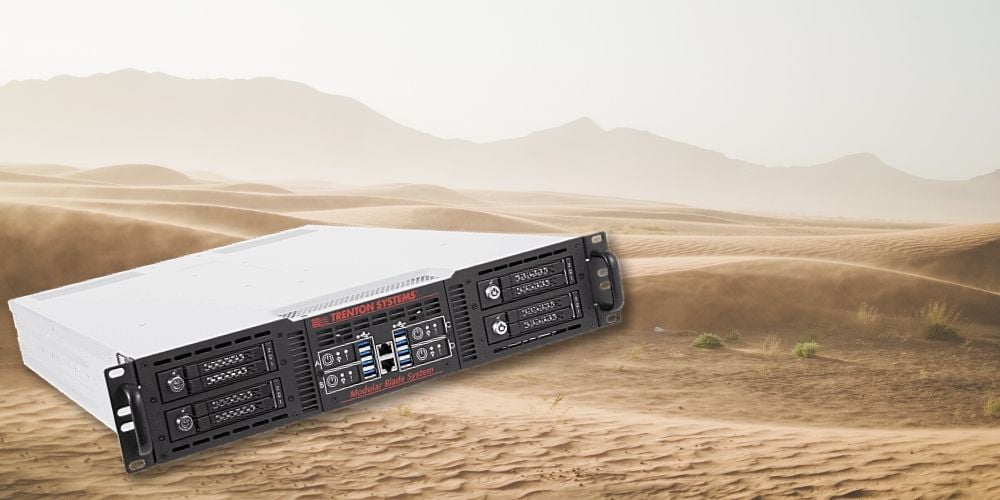 Graphic: Testing the functionality of a rugged computer within a high Mil-Spec temperature range ensures that it can operate in some of the steamiest places on the planet, no matter the program or application. Pictured is a Trenton Systems 2U rugged MIL-STD-810 modular blade server.

According to MIL-STD-810H, the purpose of Test Method 501.7 - High Temperature is to evaluate the effects of high temperature conditions on material safety, integrity and performance.

In other words, the method assesses the effects of crazy hot temperatures on the condition and performance of a rugged computer in various simulated environments. This is done using special temperature testing equipment.

There are three temperature testing procedures associated with MIL-STD-810H-501.7 – High Temperature. They are:

Extremely high temperatures can disable, impair or shorten the life cycle of rugged computers that haven not been temperature-tested to survive the conditions of their eventual deployment.

MIL-STD-810H provides the following examples of problems that could result from a systems' exposure to extremely high temperatures: 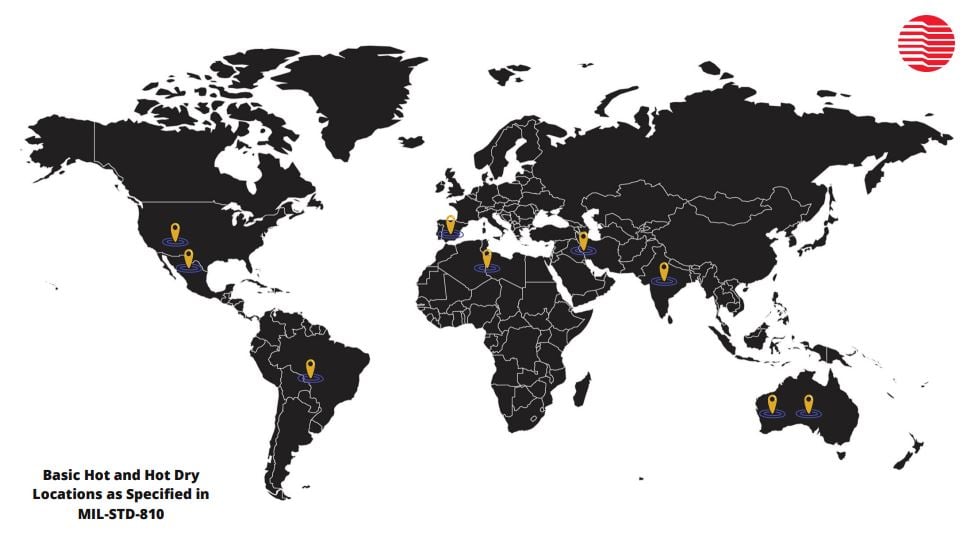 In addition, the method identifies basic hot and hot dry as the two climatic categories where high temperatures are encountered. Locations include: 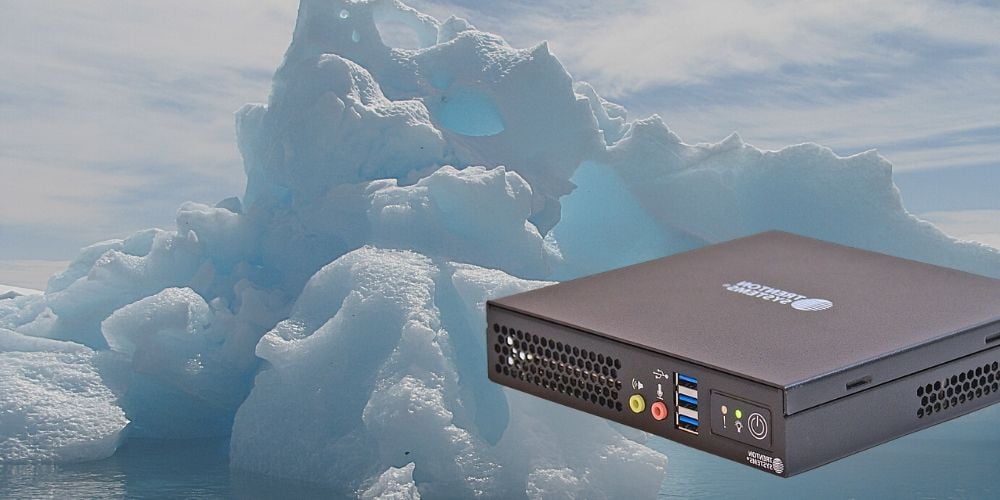 According to MIL-STD-810H, the purpose of Test Method 502.7 – Low Temperature is to evaluate the effects of low temperature conditions on material safety, integrity and performance during storage, operation and manipulation.

In simple terms, the method assesses the effects of cold temperatures on the condition and performance of materials in various simulated environments.

There are three testing procedures associated with MIL-STD-810H-502.7. They are:

Exposure to extremely low temperatures can have severe adverse effects on rugged computers not tested to an application-specific environment and certified to MIL-STD-810.

Such exposure may impair the computer's performance or render it totally inoperable. A shorter end-of-life and costly physical damage to the computer’s hardware and components are pretty much a guarantee.

The MIL-STD-810H provides the following examples of problems that could result from a system's exposure to extremely low temperatures:

The cold category has temperature cycle ranges of -37°C to -46°C or -35°F to -50°F in both ambient air and induced temperature conditions. Locations include:

The severe cold has a temperature cycle range of -51°C or -60°F. Locations include: 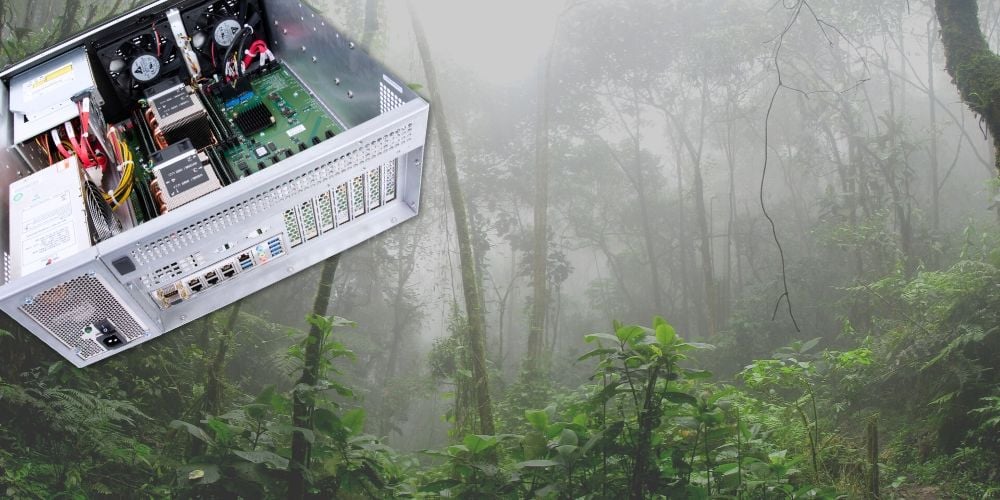 Graphic: Combining the intentions of the MIL-STD-810 high and low temperature tests, the temperature shock assessment analyzes a system's durability and performance after it undergoes sudden temperature spikes or drops. Pictured is a Trenton Systems 4U rugged MIL-STD-810 server.

According to MIL-STD-810H, the purpose of Test Method 503.7 – Temperature Shock is to determine whether materials can withstand sudden changes in temperature without experiencing physical damage or performance decline.

Sudden changes are defined as air temperature changes greater than 10°C or 18°F in one minute.

In simple terms, the method assesses how materials respond to temperature drops and spikes within a one-minute window.

There is only one testing procedure, Procedure I, associated with MIL-STD-810H-503.7. This procedure, however, has four variations based on test length and the shock itself:

Temperature shock can disable and hinder the performance of rugged computers and servers involved in mission-critical applications if they’re not stress-tested for application-specific environmental conditions and certified to MIL-STD-810.

The MIL-STD-810H provides the following examples of problems that could result from temperature shock:

Real-world conditions in which temperature shock is likely to occur include:

The effects of temperature shock do not discriminate, and the ramifications can be mechanically dire. That's why it's important to purchase rugged servers and workstations from a manufacturer that actually certifies them to MIL-STD-810 using the right temperature testing equipment. 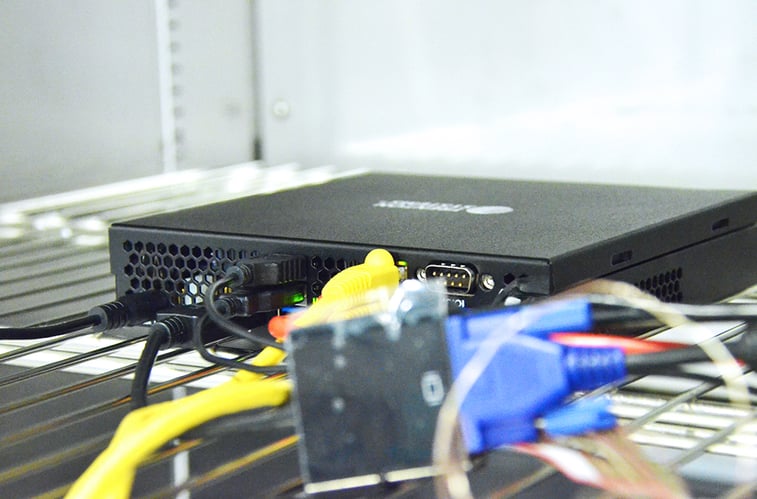 Photo: The ION Mini PC in the Thermotron test chamber just before undergoing a series of in-house stress tests at Trenton Systems.

We also test for storage and operational conditions to ensure continued functionality in both circumstances.

Our talented test engineers can place over 100 probes on a board before placing the computer into the temperature testing chamber.

As the temperature changes in the chamber, the probes report temperature fluctuations from the system to the test engineer, who uses the data to monitor and review the condition and performance of its components during different stages of the simulation, as well as make decisions about whether a more rugged component is necessary for continued operational success.

This is an intricate process that typically takes two weeks to complete, but it’s all in an unceasing allegiance to a sturdy, reliable MIL-STD-810-certified rugged computer, one that continues to support your mission-critical program or application in the face of environmental extremity.