What is a NIC Card (Network Interface Card)? 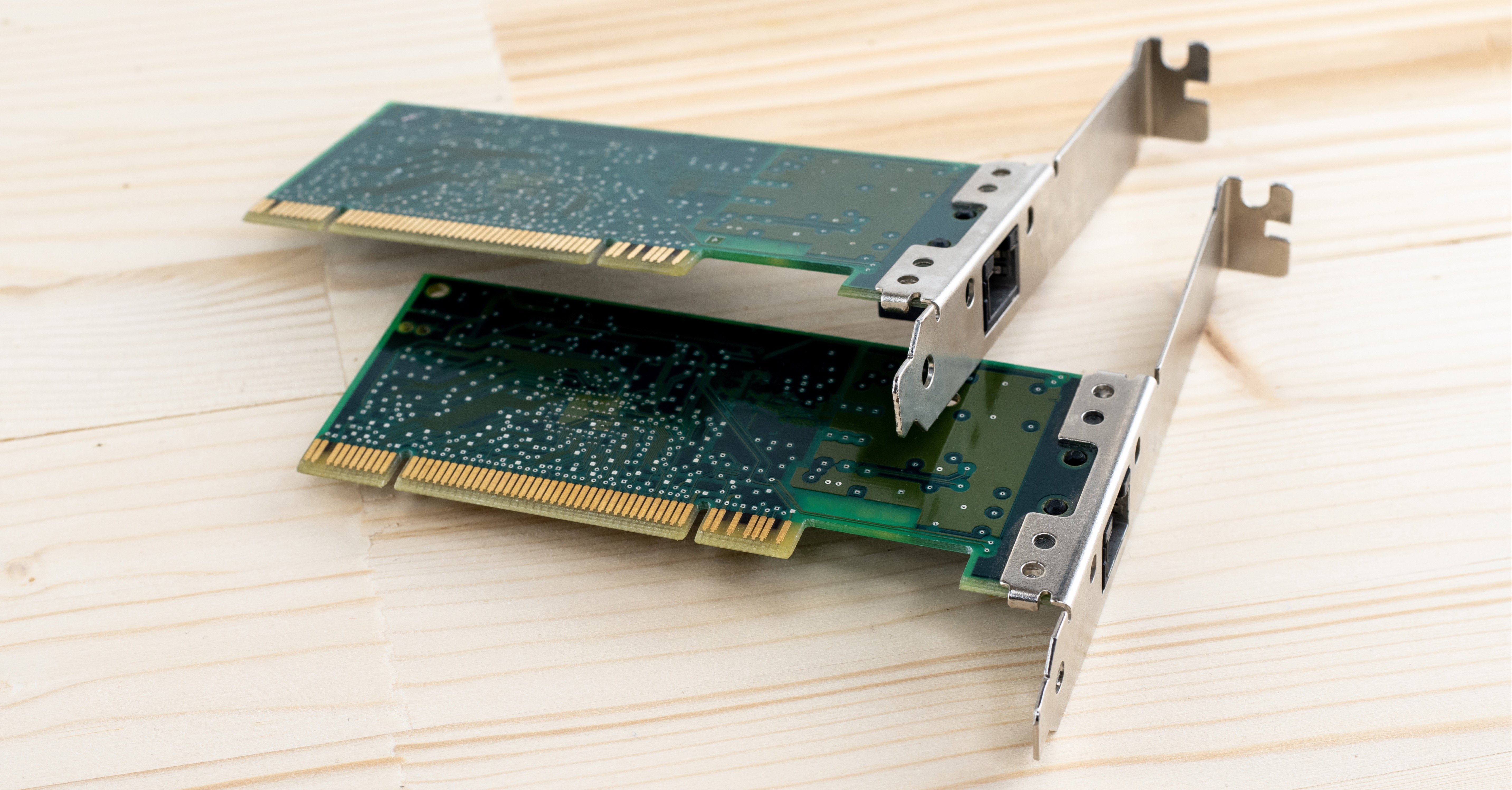 Many computers are equipped with NIC (network interface controller) cards to operate as a link between the computer and the network to streamline communication and share resources.

In this blog, you'll learn more about how NIC cards help enhance networking and processing capabilities to maximize efficiency and ensure optimal performance.

What is a NIC card?

A NIC card works as an indispensable component for the network connection of computers, helping to better communication between data communication equipment (DCE).

NIC cards are commonly found in most computers and some network servers. They contain electrical circuitry in line with data link and physical layer standards, including a port to connect to the local area network's (LAN) medium.

Each communicating device (node) on a LAN must have at least one NIC card.

How does a NIC card work?

Operating as an interface, a NIC card can transmit signals at the physical layer and deliver data packets at the network layer.

Irrespective of location, the NIC card acts as a middleman between a computer, or server, and a data network.

When a user requests a web page, the LAN card gets data from the user device, sends it to the server via the Internet, and gets the required data back from the Internet to display for users.

Source: community.fs.com. Operating as an interface, a NIC card can transmit signals at the physical layer and deliver data packets at the network layer.

What are the components of a NIC card?

There are six primary components of a NIC card:

What are the types of NIC cards?

NIC cards are classified into different types based on different features like host interface, transmission speed, and application fields.

There are five different types of classifications:

Based on the way the NIC card accesses the network, the card can either be wired or wireless.

A wired NIC usually connects a node onto a network with an Ethernet or fiber optic cable; a wireless NIC often comes with a small antenna, which uses radio waves to communicate with the access point to get involved in a wireless network.

ISA was developed in 1981, which was a standard bus architecture for IBM compatibilities. Due to the low card speed of 9Mbp/s (megabits per second), the ISA bus interface is no longer a recognized type and hard to find in today's stores.

PCI was developed in 1990 to replace ISA. It has a fixed width of 32 bit and 64 bit. This type of NIC card was first used in servers and later on gradually applied to PCs.

Most PCs today do not have expansion cards, but rather devices integrated into the motherboard. As a result, PCI has been replaced by other bus interfaces, like PCI-X or USB interface.

PCI-X is an enhanced PCI bus technology. It operates at 64 bit and is capable of up to 1064 MB/s. In many cases, PCI-X is backward compatible with PCI NIC cards.

PCIe is the latest standard and now is popular on computer and server motherboards. PCIe is available in five versions, and each version supports five types of lanes at different speeds.

USB is an external bus standard. It has three versions with different data rates and can work together with a variety of devices. In addition, the wireless network card is also a type of NIC Card.

According to different cables connected, four types of NIC ports can be found in the market.

Most new computers today have NIC cards built into the motherboard, so a separate LAN card is not needed. It commonly comes with 10/100Mbp/s and 1Gbp/s speed, and it allows one PC to communicate with other PCs or networks.

In addition, server adapters have low CPU occupancy rate, since it has a special network controller that can take many tasks from the CPU.

SmartNICs are a type of NIC card that offloads tasks from a host server's CPU, reducing workloads and providing additional capabilities like security and storage. Read more about SmartNICs here.

At Trenton, our high-performance compute solutions are able to support components like NIC cards that enhance networking power.

Through the use of these interconnected devices, we ensure the rapid transfer of data and improved communication between data communication equipment to deliver actionable insights at the strategic, tactical, and operational levels.