What is a CPU (Central Processing Unit)? Computers have an enormous number of jobs that they complete even within a matter of seconds, prompting the need for a central processing unit (CPU) that helps manage and coordinate these tasks.

In this blog, you'll learn what a CPU is and how it operates as the central component of a computer to ensure it operates at maximum efficiency.

What is a CPU, and what is its purpose?

A CPU (central processing unit, or simply, processor) is the main chip in a computer that is responsible for carrying out all of its tasks.

Often referred to as the "brain," the processor tells all of the other components in a computer what to do based on the instructions it is given by the software running on that computer.

CPUs exist in lots of devices other than traditional computers like smartphones, TVs, and tablets.

Where is the CPU located?

In a computer, the CPU is generally found at the center of the system directly connected to the motherboard. It is usually under a cooling fan or heat sink, as the CPU would become damaged from overheating without a proper cooling mechanism. Socketed CPUs can be removed and replaced as needed over time.

In many modern applications, the CPU may be integrated directly onto a single integrated circuit with memory interfaces and input/output devices, becoming a system-on-a-chip (SoC). This is particularly common in edge and mobile solutions.

What are the main parts of a CPU?

There are three main parts of a CPU: the control unit (CU), the arithmetic logic unit, (ALU), and the registers.

How does a CPU work?

A CPU can execute millions of instructions per second, but it can only carry out one instruction at a time.

It first receives some type of input, typically from an input device--such as a monitor display screen, a keyboard, a mouse, or a microphone--from an application/system software program, like your web browser or operating system, or from memory.

It is then in charge of four tasks: fetching, decoding, executing, and storing. (More on that in the next section.)

Finally, there is an output of some kind, such as printing something to the screen.

This process is called the fetch-execute cycle, and it happens millions of times per second.

Source: doc.ic.ac.uk. A CPU's main cycle is called the fetch-execute cycle, and it occurs millions of times per second.

What are the main tasks of a CPU?

Let's take a look at a CPU's four primary tasks:

A thread is a virtual component that helps deliver workloads to the CPU. The more threads you have, the faster workloads are delivered and the easier they are organized, leading to increased efficiency.

Threads are vital to a computer's functionality because they determine how many tasks a computer can perform at any given time.

The number of threads you have depends upon the number of cores in your CPU. Each core may have two threads depending on the specific processor and if hyperthreading is supported. For example, a dual core processor may have four threads and a processor with four cores may have eight threads.

Think of a human body: if threads are the hands, then cores are the mouth.

Cores are separate physical devices within the main CPU chip that act as independent processors, taking data from the threads and performing computational tasks. Software applications can be written so that multiple cores can work concurrently on processing program data, generally referred to as multithreading.

How quickly a CPU can process data is affected by the number of available cores. The more cores a CPU has, the greater the computational power it has. As a result, more tasks can be run and completed simultaneously.

Most modern server class CPUs have at least 8 cores with some configurations supporting more than 30 cores per processor. Motherboards can contain multiple processors connected together by the UPI, or Intel® Ultra Path Interconnect. 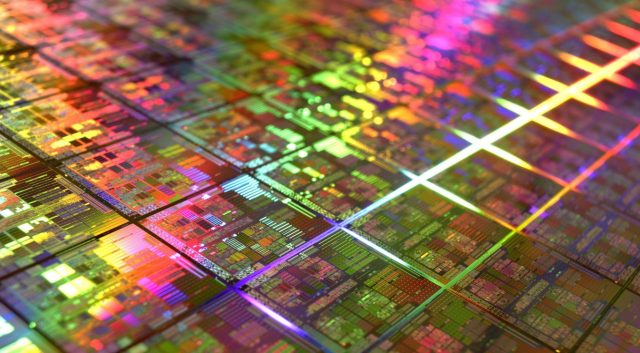 Without its "brain" operating at maximum efficiency, a computer's functionality is compromised, posing a risk to critical data and vital parts and components.

At Trenton, we design our high-performance computers with next-gen Intel® CPUs to enhance throughput and ensure optimal performance in real-time.