Graphic: An illustration of an edge computing architecture with tactical edge servers, a UAV, and various IoT sensors

Unmanned aerial vehicles (UAVs), inclusively and increasingly known as remotely piloted aircraft (RPA), are and will continue to be a vital intelligence, surveillance, and reconnaissance (ISR) solution in the internet of military things, internet of battlefield things, the Joint All-Domain Command and Control (JADC2) tactical edge network, whatever you’d like to call the military’s ongoing, overarching implementation of edge computing technologies.

The UAV’s ability to quickly and effectively acquire and transmit geographical data, identify and track targets using object recognition technologies, and engage the enemy during missions that would ordinarily be too difficult, time-consuming, or dangerous for human servicemembers is truly unmatched. Its ground pilots and sensor operators help warfighters, commanders, and other key military personnel execute their missions swiftly and purposefully, but like any military technology, it’s not perfect.

Delays in transmitting and processing sensor-acquired data from the environment so that the UAV and its ground operators can respond quickly and accordingly is a good place to start. Thankfully, edge computing can mitigate much of this delay, as you’ll soon see. There’s also, for example, the challenge of effectively tracking objects and targets located in high-traffic urban areas with lots of buildings, urban canopy, and other structures. This is just one of many issues that can’t be solved by simply deploying a few edge servers… or can it?

In this blog post, we’ll discuss five ways in which edge servers improve UAV programs and applications for the military. At the end, we’ll talk about rugged edge servers, specifically, and some things to keep in mind for your UAV edge server deployments. 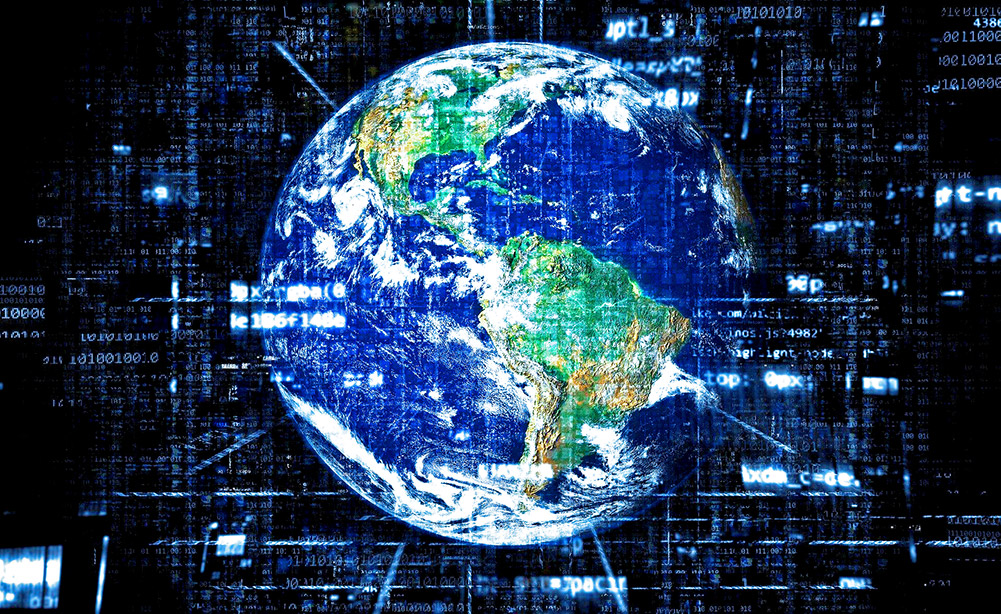 Low latency is a frequently touted benefit of edge computing and edge servers in general, and it remains the most important. That’s because it’s at the core of what gives military technologies like UAVs the ability to do what they do best – monitor, collect, relay, and engage – faster. By locating edge servers closer to the UAV’s area of interest, its sensors now have a nearby hub with which to send data for analysis. In the case of missions where time is of the essence, such as with active combat, stealth, and target tracking, this nearly instantaneous send-and-receive relationship is vital.

Normally, significant delays in data transfer would occur if the sensor-acquired data was forced to travel long distances to a far-flung cloud data center for computation. Couple this with the copious amounts of network data already traveling to and from the data center, and you’ve encountered both a distance and a bandwidth problem. Deploying local edge servers in nearby ground stations, small-scale data centers, or transit cases can actually cut down on both by moving computation closer to the source of data and reducing network traffic to the cloud, resulting in a smoother, more efficient data analytics process for locally collected intelligence. 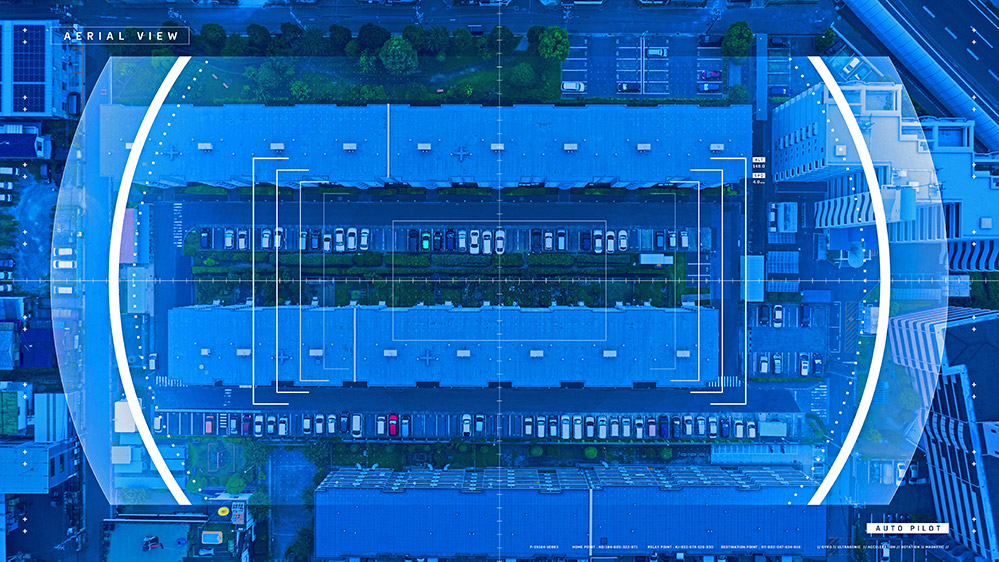 Surveillance data from UAVs is typically sent to the cloud for processing and analysis, but as we've already mentioned, this is often not without wide-area-network delays. In the case of target tracking, the introduction of edge servers that take on this processing and analysis at the local level could be the defining factor in whether a UAV loses or maintains its target, particularly in environments plagued by numerous office buildings, parking garages, and high pedestrian and vehicle traffic -  that is, most large cities.

The researchers looked at whether installing a local network of ground security cameras and offloading the cloud's analysis of the UAV's video data to a local cluster of mobile phones, laptops, and yes, edge servers, collectively known as the edge computing cluster, would be an effective strategy to mitigate delays in data processing, and as a result, allow the UAV to keep a steady eye on its target.

Quite frankly, the researchers explain the relationship better than we ever could.

Firstly, a UAV collects the video about a target in a real-time manner, and then it transmits the data to the ground computing cluster to analyze and recognize the target, and then the result is fed back to the UAV for further tracking guidance.... Secondly, when the UAV is about to lose track of the target, it needs to ask the ground surveillance cameras system to continue the tracking, and collect the surrounding information and transmit them to the nearby computing cluster for computation and recognition. Once the target is found again by a ground camera, the UAV can fly to the relevant location to continue tracking according to the geographic location information of the ground camera.... Thirdly, in the worst-case scenario, in which the target is completely lost, all video data from nearby cameras need to be obtained right from the place where the target was lost, in order to find the target again. In order to quickly find the target again, the large amount of the computation tasks can be offloaded into a nearby ground computing cluster.

You can read the full report here.

We all know what it's like to have to wait on the results of a server bogged down by requests, whether this server's located at your office or at a distant cloud data center. Retrieving a file can take forever. Application disruptions occur. Sending a file or loading a simple webpage can be a nightmare. The request for a specific action from your application dies in its tracks. Now, scale this issue to the battlespace, where many sensors and devices interacting with one another are constantly requesting data from the cloud. One can only imagine the delays and disruptions caused by such a bogged-down network.

By introducing edge servers into the tactical network architecture, delays in data processing between the UAV's sensors, deployed IoT sensors - such as those attached to soldiers - ground control stations, command and control, and other local IoT devices and military installations are mitigated. A glorified subnetwork has been created for the purpose of offloading computation from the cloud.

And because delays in data transfer and processing are now reduced and overall network traffic lowered, commanders across the Army, Navy, Marine Corps, and Air Force can view the battlefield or area of interest at large with a greater degree of real-time accuracy, which speeds up critical decision-making and makes for a more efficiently executed mission overall. 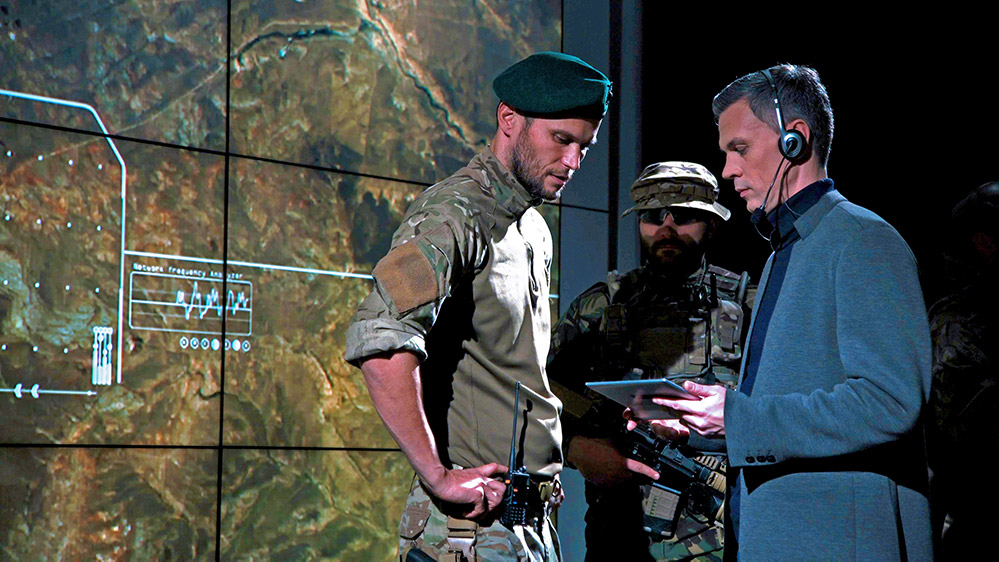 Photo: Lower latency and reduced network traffic gives UAV pilots, sensor operators, and other servicemembers the data they need quicker, which, in turn, can provide a boost to the rate at which critical mission decisions are made.

As foreign adversaries bolster their artificial intelligence (AI) and machine learning (ML) footprint within the battlespace, faster decision-making by way of edge computing will be at the core of the United States' fight to remain competitive. UAVs, edge computing, edge servers, network latency, bandwidth, and COPs aside, split-second decision-making when it matters most is what it all boils down to.

Within the DoD's JADC2 tactical edge network, enabling the proliferation of readily available UAV data that supports a series of mission-critical decisions across the Navy, Army, Air Force, and Marine Corps is where edge servers will show up and show out.

Think about the wealth of data that UAV sensors are providing UAV pilots, sensor operators, warfighters, commanders, and other servicemembers, from tracking data about key targets and objects in the environment, to navigational data, insights about the terrain, weather, and more. Some of this data is crucial intelligence that would ordinarily be extremely difficult for servicemembers to acquire at best and outright dangerous to acquire at worst. The same goes for other IoT sensors in the field, such as IoT sensors on military vehicles like tanks and Humvees.

By introducing servers closer to where this data is being generated, or at the edge, you can get important UAV data into the hands of warfighters and commanders faster and more effectively, equipping them with the insights they need to change the course of a mission, destroy a mine, locate a dangerous target, take the fork in the road instead of continuing straight ahead, and most importantly, save innocent lives.

Graphic: The DoD's JADC2 tactical network will take advantage of the UAV's ISR and other capabilities more effectively by utilizing edge servers and other edge computing technologies.

Because Congress and the DoD continue to stress the possibility, or, assuming the worst, the inevitability, of the United States falling behind in technological warfare across the globe, we feel it's important to discuss their initiatives that, in theory, prevent this from happening.

The JADC2 tactical network is one of many DoD initiatives - see, for instance, the JEDI Cloud - aimed at keeping the country, at the very least, computationally competitive with its adversaries. It connects each branch of the military to enable some of the benefits we've discussed in this very blog post: improved situational awareness and faster decision-making. But where do UAVs and edge servers fit within this complex concept of all-domain collaboration?

Well, think of this network, which is really just a glorified example of an edge computing architecture, like the human body. The IoT sensors on the UAV and scattered throughout the field are your eyes, ears, and sense of touch, continuously gathering information about your surroundings, and the local edge servers are your brain propelling your body to respond to the stimuli encountered in this hypothetical environment. They're literally your computational fight or flight.

Now, connect these sensors across each branch of the military: Army, Navy, Air Force, and Marine Corps. What do you have? Well, you have the JADC2 tactical network - a cohesive, interconnected ecosystem of sensors pulling data from air, land, and sea simultaneously to improve all-domain situational awareness.

Now, introduce UAVs. They can collect large amounts of environmental data from each of these environments and empower warfighters and commanders to act. Now, introduce edge servers, which take this raw data and make sense of it quickly thanks to their locale. Finally, with all its real-time capabilities resulting from efficient data transference and analysis, you've got the force of the future, ready to retain its dominance in the technological battlespace for years to come. 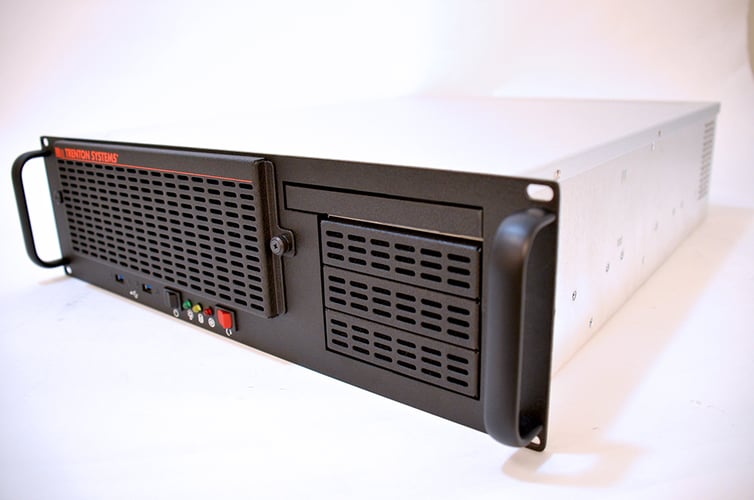 Photo: There are a few key considerations to keep in mind when looking for edge servers that fit your UAV program or application.

When it comes to deploying edge servers for UAV programs and applications, make sure you find a server manufacturer with the following:

As always, we at Trenton Systems are here to help you find the right rugged computing solution for your needs and yours alone. Trenton Systems' ruggedized edge servers are the ideal choice for UAV programs and applications placing emphases on seamless performance, durability, reliability, and cybersecurity across all dimensions of the battlespace.

Choose from a list of available options, or let us customize a secure rugged computing solution just for you. We'll guide you through the process every step of the way.