What Is Automatic Test Equipment (ATE)? 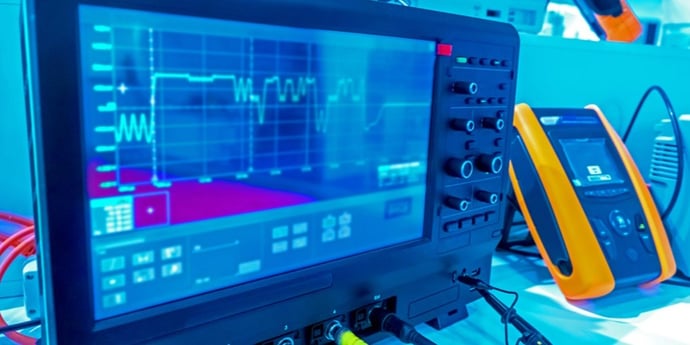 Photo: The automated test equipment (ATE) market is expected to grow by nearly $3 billion by 2027.

As of 2019, the global automatic test equipment (ATE) market is worth $6 billion. As more and more equipment becomes equipped with electronics whose performance and functionality to be tested and validated prior to deployment or sale, we expect to see this number increase.

ATE is a useful data acquisition and diagnostic tool for testing a variety of electronics in various industries, including defense and aerospace, automotive, industrial automation, among others.

ATE is directly responsible for ensuring that end users of electronic equipment not only acquire devices that perform and function as intended, but are also not exposed to danger as a result.

In this blog post, we’ll discuss ATE, why it’s useful, the components of an ATE system, how ATE is used, the industries that use ATE, and at the end, if you have just a second, we’d like to talk to you about our experience supporting ATE customers. 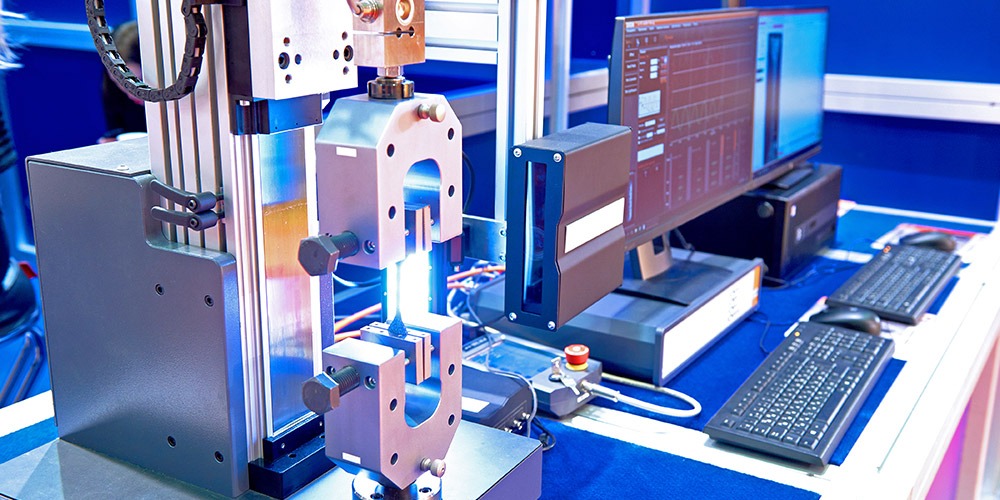 Photo: ATE is used by numerous industries to assess the functionality of electronic devices.

What is automatic test equipment (ATE)?

Many electronic devices in use today are tested by ATE to ensure adequate performance, functionality, and the safety of those who will use, or directly and indirectly benefit from the use of, such devices.

Photo: Every ATE system has a few main components needed to ensure its proper functionality.

What are the components of an ATE system?

Important to note is that not all automated test solutions use the same hardware, software, test instruments, signal sources, and probes or handlers; these configurations vary widely depending on the device being tested by the customer and the parameters requiring measurement. 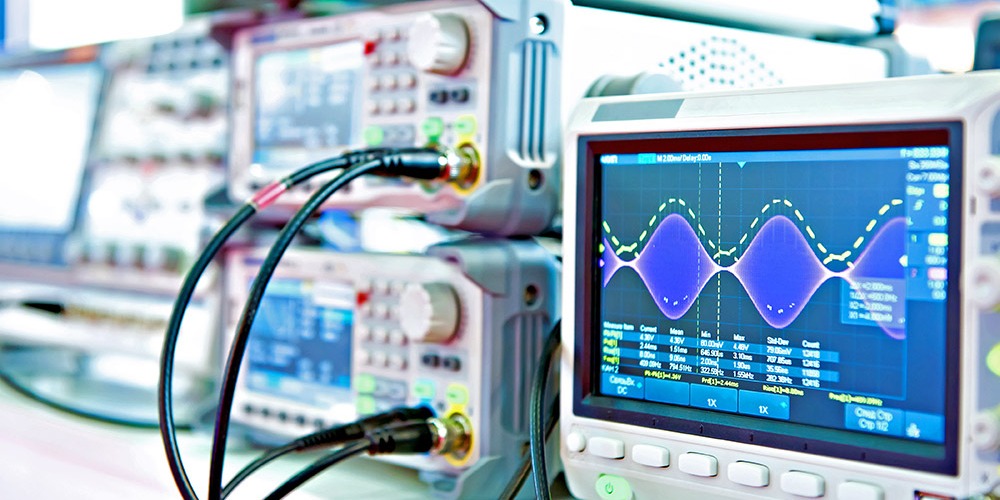 Photo: ATE uses a variety of instruments and signal sources to measure and present data captured by device probes.

How is ATE used?

ATE controls, monitors, captures data using, and derives insights from a wide range of test instruments and signal sources, including:

Here's how an ATE system works in a nutshell:

A high-performance data acquisition (DAQ) computer, sometimes called the master controller, runs special test software, or DAQ software, such as National Instruments' Automated Test Software Suite, that controls and streamlines the test station's instruments and signal sources. The master controller typically has lots of PCIe slots into which any PCIe-based signal or sensor expansion cards are inserted. These cards allow the DAQ of the DUT, UUT, or EUT to take place.

The raw data captured by the test instruments is monitored, analyzed, and stored using the master controller’s signal sources and test software. These readings are then used to determine whether changes to the device need to be made, whether it's ready to head to an integrator or end customer, or whether it’s ready to hit the shelves. 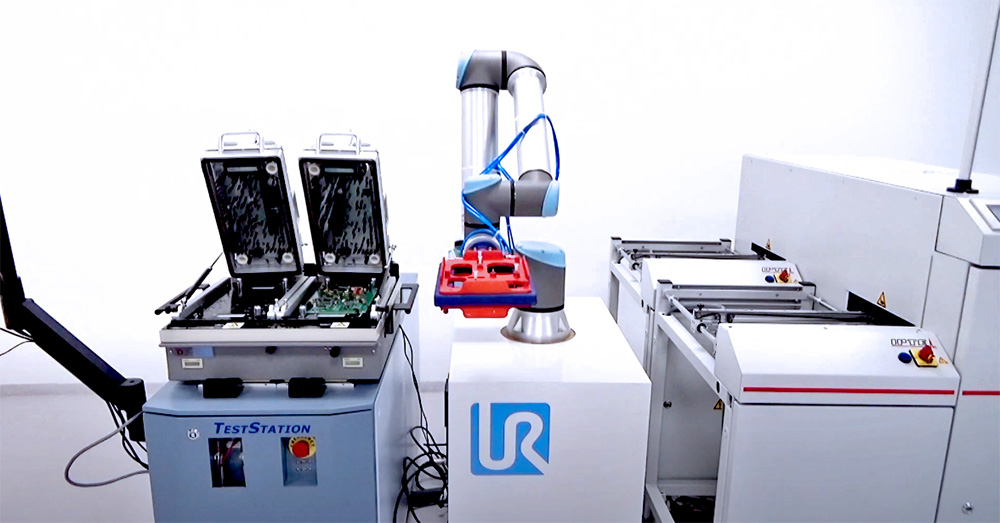 Photo: The main goal of ATE is to ensure that an electronic device works as intended. Credit: Teradyne

How is ATE useful and beneficial?

The overall purpose of ATE systems is to ensure that electronic devices perform and function as intended once they’re in the customer’s hands, which consequently prevents defective or faulty devices from entering the market.

If faults or defects are detected during testing, ATE also helps diagnose why, which allows manufacturers to finetune and make corrections where necessary before their devices are sent to customers.

In fact, there are a host of benefits associated with using ATE, including:

Photo: The aerospace and defense industries use ATE frequently to verify the functionality and safety of lifesaving, mission-critical devices.

What industries and companies use ATE?

The aerospace and defense industries are big buyers of ATE because of the lifesaving, mission-critical, and safety-critical electronics deployed on military aircraft, ships, ground vehicles, and in weapons, missile launch , radar, and wireless communication systems.

These electronics need to be assessed to a greater extent than electronics in other industries for critical safety and national security purposes. As such, aerospace and defense companies spend a great deal of time and resources on testing and validation prior to deployment.

Pretty much anything from a missile launch system to avionics systems on the latest fighter aircraft is assessed and validated by aerospace and defense companies before fielded by the DoD, reducing the likelihood of a failure to launch or a Mayday situation during a mission.

But aerospace and defense aren't the only industries who make frequent use of ATE. Outside of these two industries, the following industries also use ATE to test their electronics:

For more than 40 years, NI has developed trusted and reliable automated test and automated measurement systems.

An expert ATE resource, the company even has an entire video series describing the steps of creating an automated test system.

Check out the first installment here:

Major aerospace and defense companies that use ATE and ATE-related equipment from the companies listed above include:

Photo: When shopping for servers and workstations to incorporate into your ATE system, it's important to look for three things: longevity, quality support, and a proven track record.

Trenton Systems’ cybersecure, made-in-USA rugged servers and workstations are powering aerospace and defense ATE systems right now, ensuring that mission-critical electronics and equipment are validated and deployment-ready, precious lives are protected, and the country’s defense activities are formidable and robust.

In our more than 31 years of business, we’ve worked with Honeywell International, Raytheon Technologies, Boeing, Northrop Grumman, Lockheed Martin Corporation, and many others to support their ATE testing needs.

Recently, our rugged computers were purchased by the Strategic Missile Integration Complex (SMIC) at Utah’s Hill Air Force Base. The SMIC is the Intercontinental Ballistic Missile (ICBM) System Directorate's test facility for system-level testing and integration and is comprised of fully configured Minuteman launch and launch control facilities outfitted with a plethora of test stations, data storage systems, and test instrumentation. Any modifications to the weapon systems are assessed and validated at this complex prior to being fielded at operational units around the country.

Our ATE computers are used for aircraft engine testing and validation in support of the Joint Strike Fighter (JSF) tactical aircraft replacement program. 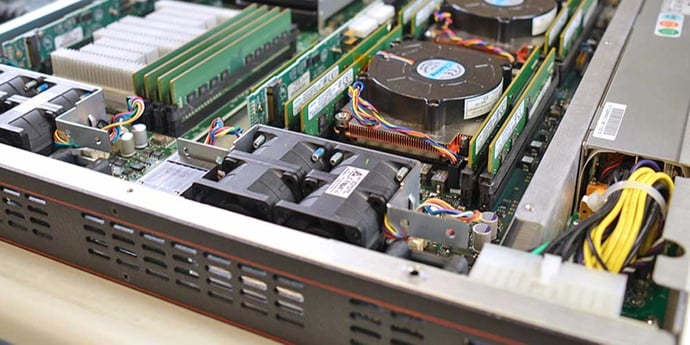 Photo: Trenton computers are tried, tested, and trusted by a diverse group of ATE customers around the world.

Our made-in-USA ATE computers are trusted by major aerospace and defense companies everywhere, but we can support any industry that requires durable, reliable, and cybersecure ATE computers.

Our ATE customers tell us that computer longevity is a major pain point. They tell us that they don’t want to spend additional time, money, and engineering resources on ATE replacements and updates because of cheap, unreliable, insecure, and short-lived computers. They also value BIOS control and customization, which we provide in-house, and lots of PCIe slots, which has been our signature for years.

Regarding longevity, security, and reliability, Trenton Systems has an 11-year-plus computer life cycle, partners with leading cybersecurity companies who address both hardware and software security, and has a proven track record of putting long-life, expertly engineered ATE computers into customers’ hands.

We even have an in-house account manager, Jeremy Lee, who has become our ATE customers’ go-to resource for our made-in-USA ATE solutions.

Lee is actually the creator of the “Jeremy Special,” which has become the perfect default testing solution for our ATE customers. It consists of a TKL8255 processor board with a PICMG 1.3 PCIe backplane and PCIe expansion chassis.

Jeremy, and our other wonderful account managers, are on standby to assist you with your ATE application.