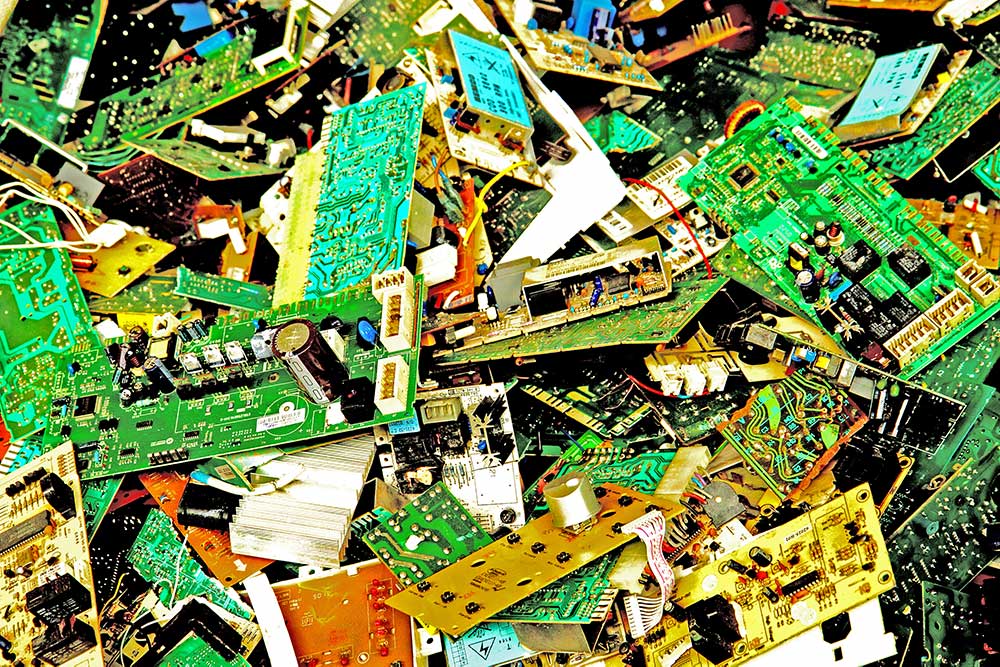 Photo: A pile of electronic waste, or e-waste

An estimated 15 percent of all spare and replacement electronic parts purchased by The Pentagon are counterfeit.

Fifteen percent may not sound substantial, but when you consider the consequences that bogus electronics could have on national security and American lives, suddenly, the stakes are amplified, and a seemingly unsubstantial 15 percent becomes an alarming statistic worthy of great attention, and more importantly, an effective solution.

The manufacture of counterfeit electric, electromechanical and electronic (EEE) parts isn’t a new problem for the rugged computing industry, but sadly, it’s a problem that continues to cost manufacturers billions, harm the livelihoods of working Americans and jeopardize critical national security initiatives. 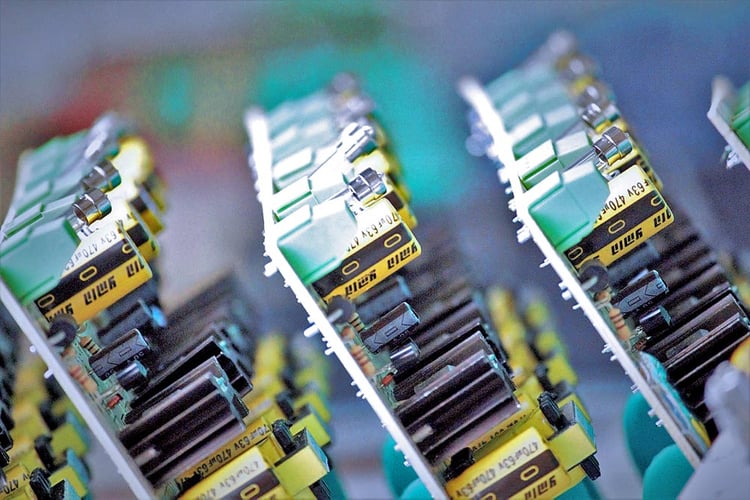 What is a counterfeit part?

A counterfeit part is an unauthorized copy, imitation, substitute or modified component that has been knowingly misrepresented as a legitimate component from an authorized manufacturer.

A counterfeit part can also be a used EEE component that has been altered and knowingly misrepresented as new without disclosure of its prior usage to the intended customer.

Parts are referred to as suspect when there is objective or credible evidence that a part is likely counterfeit.

What drives the purchase or usage of counterfeit parts?

There are a few contributing factors that enable the proliferation of counterfeit EEE parts in the industry, including:

Infographic: The proliferation of counterfeit parts has serious financial, economic and safety consequences.

What are the consequences of using counterfeit parts?

The usage of counterfeit parts carries a high safety risk for military personnel and civilians, including severe injury and death, and can compromise the security, effectiveness and overall integrity of a manufacturer’s products, as well as destroy the victim manufacturer’s reputation.

Counterfeit electronic parts, particularly those that have been deceptively labeled as military-grade, have not undergone any sort of ruggedization testing for extremely high or low temperatures, shock, vibration, humidity or other conditions, and therefore do not meet the stringent requirements and standards for electronic parts deployed by the United States military. As a result, they are more likely to fail, putting the nation's critical infrastructure and innocent American lives at risk.

There are also financial and economic consequences associated with the sale and usage of counterfeit electronic parts.

“The issue is of more and more importance as semiconductors are key components to an increasing number of mission-critical civilian applications, such as lifesaving medical devices, automotive safety systems, airplanes, but even more alarmingly, counterfeit semiconductors have infiltrated the tools, systems and communications equipment that our military is using today,” Brian Toohey, former president of SIA, told Congress in 2011 during a hearing by the Committee on Armed Services on the investigation of counterfeit electronic parts in the U.S. Department of Defense’s supply chain. “Given the high failure risk, this places our citizens and our military personnel in unreasonable peril. A counterfeit semiconductor is a ticking time bomb.”

Other consequences associated with the usage of counterfeit parts include:

Where do counterfeit parts come from? 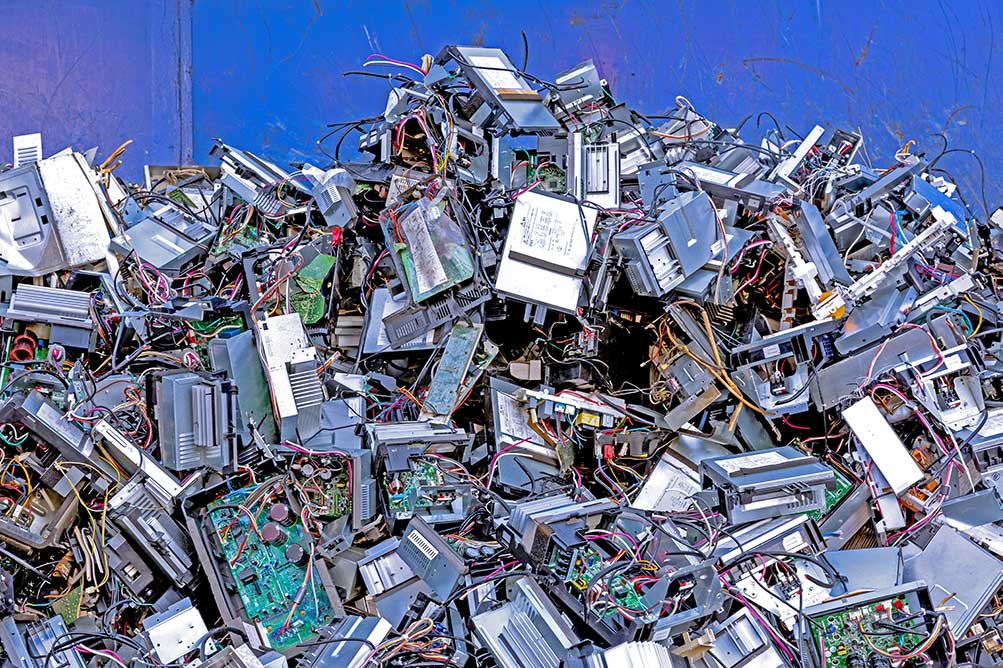 Photo: The creation of counterfeit electronics usually begins at an e-waste site.

How are counterfeit parts made?

A common method for counterfeiting electronic parts begins with the acquisition of legitimate discarded parts from piles of electronic waste. Some of these junk parts have been recently discarded, and others are decades old, meaning that some of these components, from the very moment they’re acquired, are destined to fail should they find themselves in modern equipment.

A variety of techniques, including surface sanding, acid washes, river washes and exposure to open flames, are then used to conceal the true origin of the part. Following the concealment process, the parts are often relabeled as military-grade using lasers and digital printing techniques, before being packaged and sold to brokers across the globe.

Another common method of counterfeiting electronic parts follows the same process of supply chain introduction; however, the parts, instead of being acquired from a pile of waste, are manufactured as blanks in a factory before being marked, packaged and sold.

Nine years ago, Toohey told Congress that these counterfeiting techniques were advancing and becoming more and more sophisticated, further decreasing the likelihood of manufacturers being able to accurately identify counterfeit parts in the supply chain.

As evidence, Toohey cited the infamous VisionTech case from 2010, during which Stephanie McCloskey, a then-administrator for VisionTech Components, LLC, was sentenced to more than three years in prison for assisting with the sale of hundreds of thousands of counterfeit integrated circuits, some of which were labeled as military-grade, to the U.S. Navy, major defense contractors and others.

The black market for counterfeit electronics continues to be a multibillion-dollar problem, and unfortunately, catching and prosecuting counterfeiters, particularly those operating in undisclosed locations outside of the United States, is an extremely difficult, time-consuming and expensive process. That's why prevention is always the first line of defense. 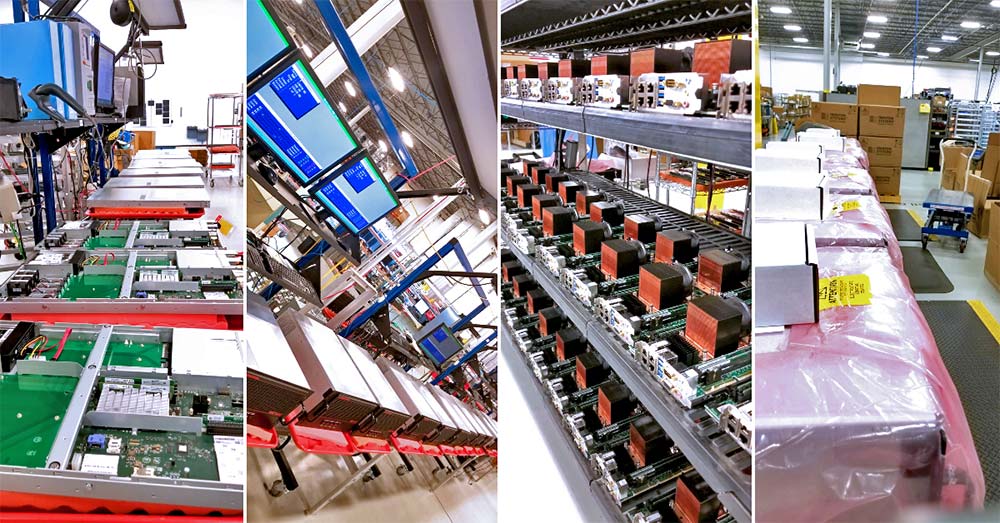 Photo: Trenton Systems has new and improved plans in place to prevent counterfeit part infiltration into its facility.

What is Trenton Systems doing to prevent infiltration?

Trenton Systems has always had preventative measures addressing counterfeit electronics in place. Recently, however, we implemented a new-and-improved counterfeit parts control plan, officially entitled the Counterfeit Protection Program, or CPP. At the core of the CPP is employee awareness and understanding of counterfeit EEE parts, how counterfeit EEE parts enter the industrial supply chain and how we, as a leading manufacturer of made-in-USA rugged computer hardware, can prevent infiltration.

Hauck continues, “The quality and reliability of your products become compromised when counterfeit parts are found to have been introduced. It is Trenton's practice and primary intention to ensure the quality and reliability of our products, and to ensure customer purchase order and flow-down requirements are being met. In addition to annual training that has been tailored for each function within Trenton Systems, we have an active and ongoing membership with GIDEP as well as internal and external audits to ensure adherence to our CPP."

For more information about the Counterfeit Protection Program (CPP), contact Trenton Systems at info@trentonsystems.com or 770-287-3100.