What is DDR5 RAM? 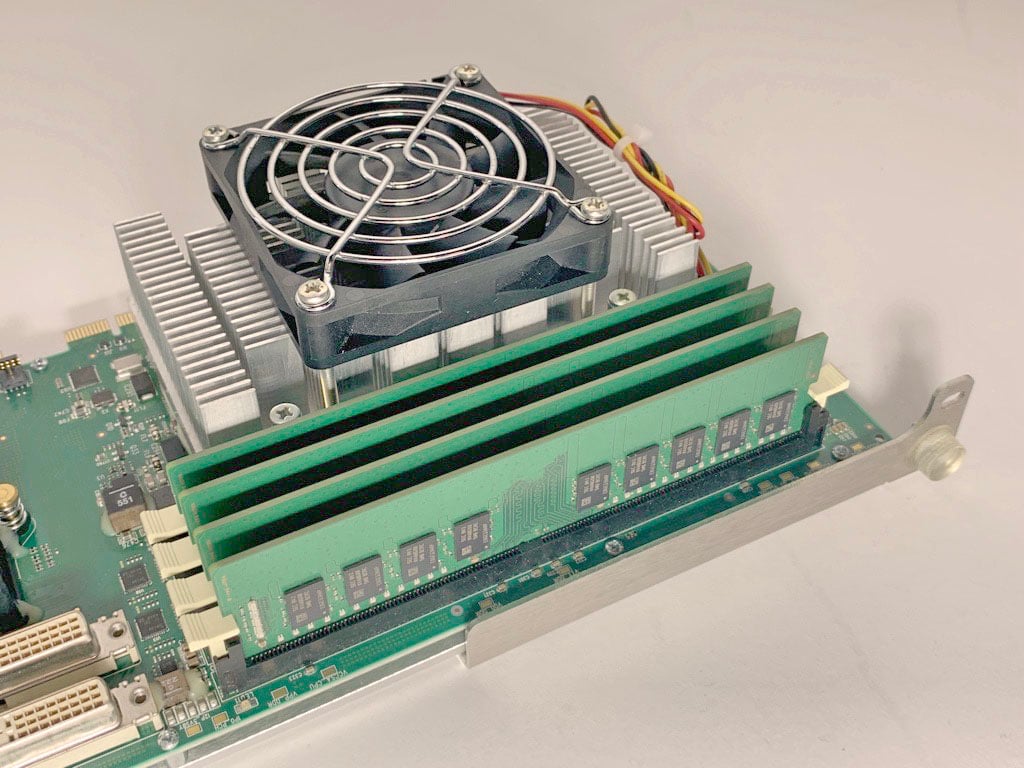 From data analytics to online gaming, an increase in demand for memory capacity has paved the way for a new generation of random access memory (RAM).

In this blog, you'll learn how DDR5 RAM meets these challenges and provides a much-needed alternative from previous iterations.

Double data rate (DDR) is a form of random access memory (RAM) used in computers manufactured after 2002. Before 2002, most computers had single data rate (SDR) memory.

Random access memory is a computer chip that stores a rugged computer's operating system (OS), application programs, and data currently in use, so they can easily be retrieved by the central processing unit (CPU).

When the computer is rebooted, the OS and other files are reloaded onto the chip from a hard disk drive (HDD) or solid state drive (SSD).

Where are RAM chips found?

SIMMs are 32-bit, whereas DIMMs are 64-bit. To have the data transfer speed of one DIMM, two SIMMs need to be installed in matched pairs.

DRAM is not synchronized with CPU clock timing, sending instructions only when received from the user interface; it uses one capacitor to store data, but that capacitor will lose data as it loses charge unless it is periodically recharged.

When the capacitor loses charge, it loses the data completely. The need to recharge is why this type of random access memory is called "dynamic."

Since DRAM is not synchronized with any external influence, it poses a problem for organizing data as it comes in, especially with the increasing speed of processors.

In contrast, SDRAM is synchronized with CPU clock timing and sends instructions more efficiently by joining other instructions that the computer is processing, allowing the computer to receive another command before it has finished processing the previous command.

SDRAM, then, can operate at much higher speeds than DRAM, making it the most popular form of RAM offered on computers.

SDR SDRAM reads a single word of data at either the rising (start) edge of the CPU's clock cycle or the falling (end) edge of the clock cycle, but not both, hence "single data rate." The memory controller determines the exact time the data will be ready for processing, leaving no room for delays.

DDR SDRAM reads two words of data per clock cycle at both the rising and falling edge of the clock cycle, giving it twice as much power to transfer data than SDR SDRAM.

There are currently five generations of DDR: DDR, DDR2, DDR3, DDR4, and DDR5.

Here is a chart detailing the differences between the five generations of DDR:

Why the need for DDR5 RAM?

Up until then, the most recent iteration of DDR was DDR4. DDR4 has up to 16 GB of memory capacity per RAM chip, 3.2 Gb/s data transfer rates, and 1.2V power requirements, a significant improvement over DDR3.

However, with the rise of data-intensive streaming, video conferencing, online gaming, data analytics, and AI/ML applications, DDR4 cannot keep up with the demands of modern technology.

Additionally, the business world has shifted workloads off the premises and onto the cloud, leading to a dramatic rise in hyperscale data centers.

In response to these growing challenges, DDR5 RAM offers dramatic improvements to server performance. However, both DDR4 and DDR5 are SDRAM.

Here are a few significant advantages that DDR5 RAM has over previous generations:

Now more than ever, large amounts of complex data need to be processed and stored at unprecedented rates, from business and entertainment to the military.

This is why we equip our solutions with the latest technologies to allow increased throughput and rapid data analysis in real-time when it matters most.

Want to learn more? Get in touch with our team of experts to craft a customized solution designed to handle massive amounts of crucial data and ensure mission success.