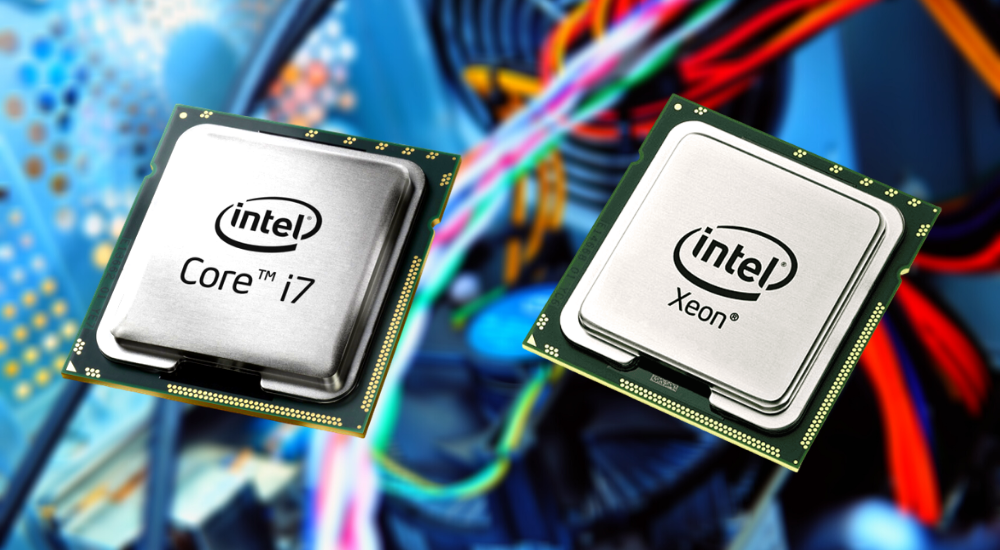 If you're curious as to whether an Intel Xeon or Intel Core processor is the right choice for your rugged server or workstation, then you've come to the right place.

But deciding on the right Intel CPU can be a tricky process, and it's one that comes with plenty of valid questions. Do you need the error-correcting code (ECC) memory that Xeon processors offer? Is a Core i9 processor better than a Xeon processor? Are higher core counts really better? Do you need one or two CPUs? How many PCIe lanes should the CPU or CPUs support?

These are questions that we're happy to answer in this comparison of Intel processors.

But first, let's go over server motherboards and their relationship with CPUs. 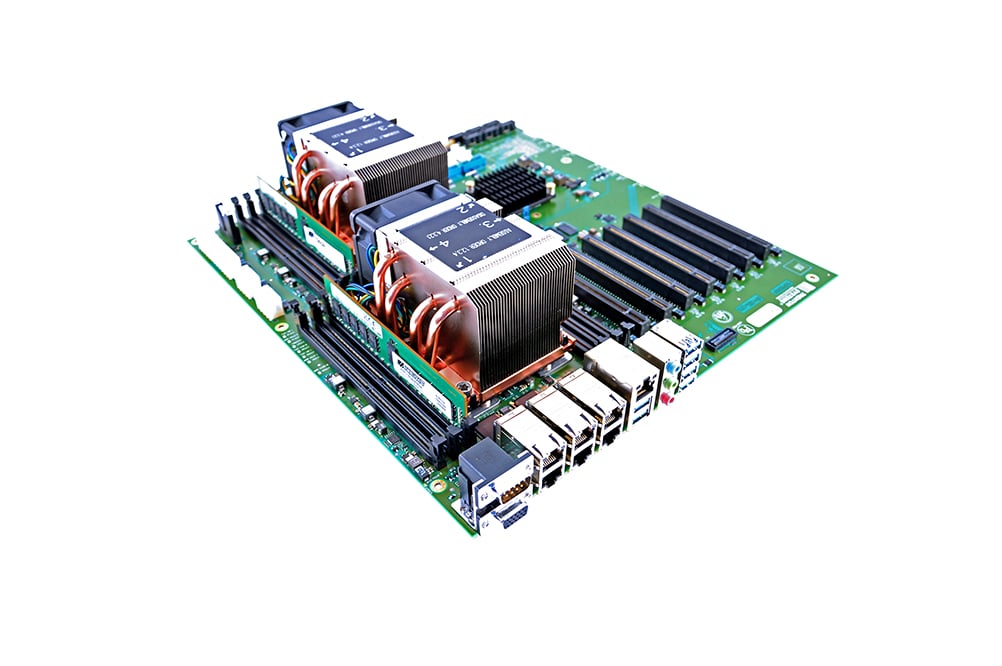 What is a server motherboard?

Like the motherboards found in most consumer-level laptop and desktop computers, server motherboards are available in a variety of different form factors, such as eATX, ATX, SSI CEB, SSI EEB, SSI MEB or even a custom form factor.

Essentially, the purpose of a server motherboard is to provide a platform through which a server’s components can communicate. This creates a functioning computer capable of storing and retrieving data quickly and efficiently, and performing the computation necessary to effectively support the tasks specific to a program or application.

In the context of ruggedized servers, server motherboards have usually been stress-tested and certified to military and industrial standards, such as MIL-STD-810 and DO-160. This ensures that their components, including the CPUs, not only survive, but continue to perform as required while situated in extreme environments.

The most important component on a server’s motherboard is the central processing unit (CPU). With the help of its Control and Arithmetic / Logic units, the CPU functions as the server’s brain or key decision-maker; without it, a bunch of inactive components on a circuit board remain. Basically, the CPU’s transistors allow for the execution of complex calculations that provide your server with the power and data it needs to perform computational tasks.

Intel is the world’s leading manufacturer of CPUs. The company’s microprocessors, specifically its Xeon and Core families, have become synonymous with exceptional computational speed and efficiency. Today, they power consumer-level, military computers and industrial-grade servers and workstations alike.

In the rugged computing industry, Intel’s Xeon and Core processor families are at the heart of the rugged servers and workstations powering the military and industry. Every day, these rugged computers support and enable the work that matters most.

What is an Intel Xeon processor?

A Xeon processor is an Intel CPU designed and manufactured primarily for use in high-end military and industrial servers and workstations. The Xeon brand was introduced by the company in June of 1998 and is currently available in four processor families: Xeon E, Xeon W, Xeon D and Xeon Scalable, each of which are designed to handle varying workloads.

What are Xeon processors used for?

Xeon processors are also found in many consumer-level computers, but these systems don’t come cheap, and they’re usually overkill for most consumers' intents and purposes, such as web browsing, online shopping, watching a few YouTube videos, booking a flight, researching a nearby restaurant or coffee shop and so on.

In the rugged computing industry, however, a server or workstation with a Xeon motherboard is typically the rule, not the exception, given the demanding computational requirements of the military and certain industries.

Trenton Systems’ 1U, 2U, 3U, 4U and 5U rugged servers and workstations are powered by some of the most powerful Xeon Scalable processors currently offered by Intel.

Intel makes no bones about it. The company markets its Xeon processors specifically to computer and server manufacturers specializing in the design of high-end systems that are more than capable of handling data-demanding workloads and supporting mission-critical applications. 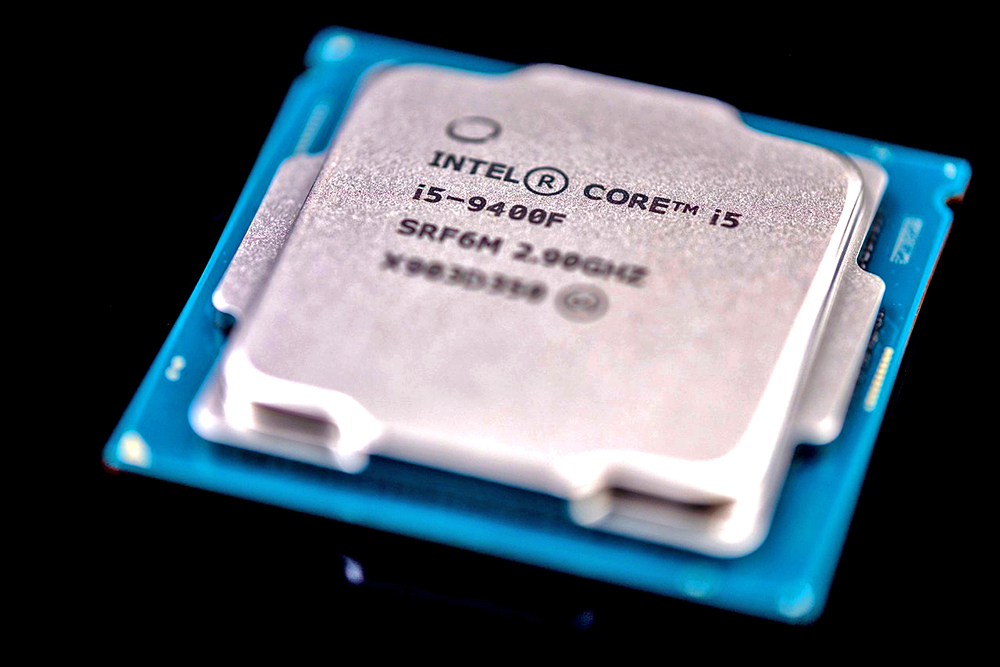 What is an Intel Core processor?

A Core processor is an Intel CPU designed and manufactured primarily for use in mid-level desktops, laptops, mini PCs, and some high-end servers and workstations. The Core brand was introduced by Intel in July of 2006 and is currently available in five processor families: Core i3, Core i5, Core i7, Core i9 and Core X-Series, which increase in performance consecutively.

What are Core processors used for?

Nowadays, even some of the most affordable computers on the market house a Core i3 motherboard at minimum. That’s because Core processors are a popular choice for a variety of tasks.

The Core i3 series is suited for everyday tasks, such as web browsing, streaming music and watching videos; the Core i5 series is a step up and boasts 4K graphics support and faster startup speeds; the Core i7 and i9 series are a good choice for the serious multitasking associated with resource-intensive applications, and they even outpace some Xeon processors in terms of clock speed; and the Core X-Series offers the fastest, most seamless computing experience of each Core processor.

Trenton Systems’ 1U rugged servers, its ION Rugged Mini PC and its 1U, 2U, 3U, 4U and 5U rugged workstations house motherboards equipped with some of the latest Core i3, i5, and i7 processors.

Table 1: A comparison of the Xeon and Core processor options available for Trenton Systems' MBK8257 processor board, used in the company's 1U servers and 1U-2U blade servers. Note the trade-offs between each of the processors. Compare this table with Table 2 below, which outlines the Xeon SP Gold processors that Trenton Systems uses in many of its rugged servers. These can support as many as 22 cores, 44 threads, 30.25M of cache and up to 48 PCIe lanes.

Table 2: A comparison of some of the Xeon processor options available for Trenton Systems' SSP8268 motherboard, used in the company's rugged servers. Note the differences in cores, threads, CPU clock speed, cache memory and PCIe lane support between each of the processors, and when compared to the lower-end Xeon and Core processors in Table 1. Click here for a full list of Xeon Scalable processors available for the SSP8268.

Xeon vs. Core: The Pros and Cons

So, why are Xeon processors generally better for servers and workstations?

Let's elaborate on each of these benefits a little more.

ECC RAM helps ensure data protection by stopping corruption at the source; support for larger amounts of RAM equates to smoother application performance; more cache memory means that more data can be stored near the CPU, which keeps the CPU from having to access RAM as often; higher core and thread counts means more processing units to divvy up computational workload and faster computation in general; having dual CPUs ensures that systems have the power of two Xeon CPUs sporting each of the previously listed benefits; and support for more PCIe lanes means support for more high-speed expansion components, such as dedicated GPUs.

Most customers in the market for a server with a Xeon motherboard value the above advantages because they provide data protection, high-speed expansion capabilities, faster computation, and speedy, consistent performance, all of which are especially desirable features for systems supporting mission-critical applications, whereby a loss of data, decline in system performance or inability to expand could result in disastrous consequences.

But Core CPUs also have their advantages, too - in particular, overclocking capabilities and integrated graphics. Why are these advantages important? Faster clock speeds mean quicker CPU calculations, which, in turn, equates to smoother application performance, and the inclusion of on-board graphics means you may not need to purchase a dedicated graphics card. This is entirely dependent on the needs of your program or application, of course, as some high-end applications benefit significantly from the performance associated with a dedicated graphics card.

Some Xeon E processors, however, offers integrated graphics using Intel’s HD Graphics P630, which is designed to compete with entry-level, discrete professional graphics cards. Otherwise, you’ll need to add a discrete GPU, which is the optimal choice for high-end industrial and mission-critical applications.

Who needs a Xeon processor?

High-end military, industrial and business-related programs and applications need the speed, data protection, longevity and reliability that a Xeon server can offer.

Trenton Systems specializes in designing rugged servers and workstations equipped with single and dual Xeon CPU motherboards. Made in the USA and certified to military and industrial standards, our high-quality systems perform with speed, efficiency and true grit, no matter how tough the going gets.

Who needs a Core processor?

Some less-demanding industrial and business applications simply don’t need the additional bells and whistles of a motherboard equipped with Xeon processors. Xeon processors are a little pricier, and as a result, they’re not always financially feasible, nor are they required for certain tasks.

For these types of projects, Trenton Systems offers an entire line of 1U rugged servers, 1U-5U rugged workstations and the rugged ION Mini PC, all of which utilize Intel Core i3, i5 and i7 processors. Our talented engineering team is more than willing to work with you on choosing the right processor board for your needs. 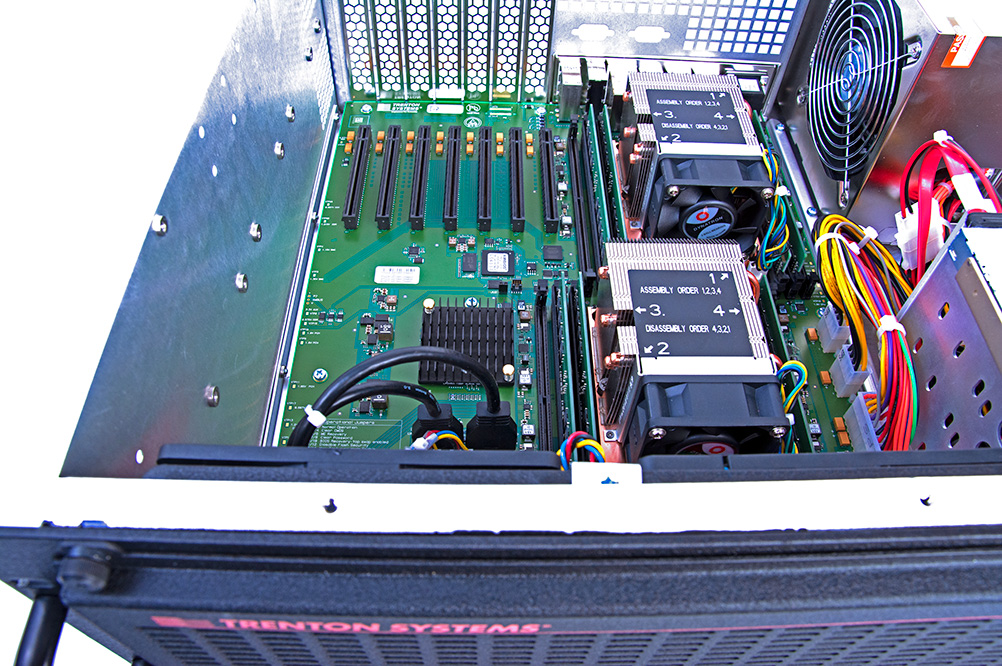 Photo: An aerial view of a Trenton Systems 4U rugged server with a dual Xeon motherboard

The computational needs of your program or application will dictate whether a Xeon processor, dual Xeon processors or an Intel Core processor is the right choice for your server or workstation motherboard.

Given that Xeon processors are designed to support high-end servers and workstations, they're going to pack a bit more processing power than the Core family, but as we've already stated, a Core processor may suit your system just as well, depending on your needs.

At Trenton Systems, we equip our high-performance servers and workstations with the latest and greatest Xeon processors. Whether you're in need of a Xeon or Core CPU or dual Xeon CPUs, we've got you covered.

Ask us about our customer-driven rugged computing solutions and how they can improve your operation for the better.