JBOD vs. RAID: What Are the Differences? 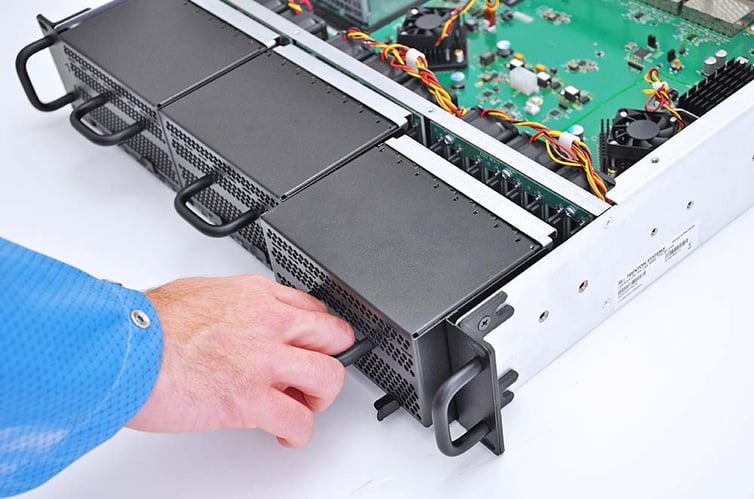 Photo: The basic difference between a JBOD enclosure and RAID is that the former is a collection of storage drives, while the latter is a storage technology used to improve read and write speeds or fault tolerance. In this blog post, we'll discuss these differences a bit more.

We’ve talked about the different RAID levels before.

Aside from RAID 0, often employed for its fast read and write speeds, the various RAID levels satisfy unique data redundancy needs. The level that a program or application utilizes will depend upon its  speed and fault tolerance requirements.

JBOD, although it shares some similarities with RAID, is a different animal altogether.

So, what is JBOD, and how is it different from RAID?

Well, when it comes to JBOD, the name pretty much says it all. 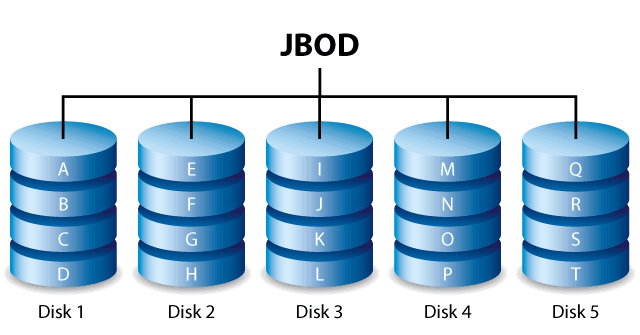 JBOD enclosures are usually not configured to act as a RAID, but they can be.

By their very nature, JBOD enclosures are storage capacity monoliths.

The ruggedized 3MAG JBOD, for example, is equipped with 24 8TB solid-state drives per magazine, which amounts to a whopping 192TB of storage. The space, speed and rugged characteristics of this particular enclosure make it ideal for big data applications and local storage.

The drives in a JBOD enclosure can function as individual units, undergo disk spanning to act as one unit or be configured to act as a RAID with the right host system technology.

Photo: RAID 0, the simplest of all RAID levels

Redundant Array of Independent Disks (RAID) is a storage technology that creates a data loss fail-safe by merging two or more hard disk drives (HDDs) or solid-state drives (SSDs) into one cohesive storage unit or array.

RAID storage protects against the total loss of a disk drive’s data by repeating or recreating that data and storing it on the additional drive or drives, a process also known as data redundancy.

How does JBOD compare to RAID?

JBOD and RAID use different processes to store data.

The various RAID levels use a variety of storage processes to achieve data redundancy and fault tolerance, including striping, mirroring, a combination of striping and mirroring, parity and double parity. 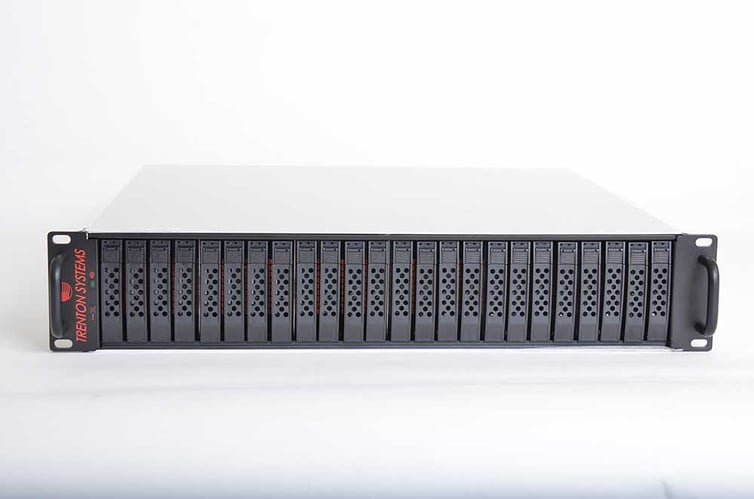 Photo: A Trenton Systems NVME JBOD Enclosure. Note the 24 individual NVME solid-state drives. This JBOD is perfect for programs and applications that need tons of storage and super fast read and write speeds.

Like RAID, JBOD enclosures can make use of both hard disk drives and solid-state drives of varying storage capacities and interfaces, including lightning-fast NVME SSDs, which Trenton Systems uses in its JBOD enclosures.

JBOD enclosures and most RAID levels allow for hot swapping, meaning a drive in the enclosure or array can be replaced without shutting down the host system.

This is especially useful in programs and applications where users need frequent access to data stored on various servers.

Shutting down an entire system for drive replacement increases organizational downtime, and in turn, decreases productivity.

In mission-critical programs and applications, significant downtime and decreased productivity may have catastrophic consequences, such as financial loss, public outcry, serious injury and even death.

JBOD vs. RAID: Which configuration is right for me?

If you need tons of local storage for your program or application, choose a JBOD enclosure.

When it comes to storage capacity for big data applications, the JBOD is a tough cookie to beat.

And when equipped with NVME SSDs, JBODs are fast as lightning, too.

With RAID, most RAID levels have storage capacity limits due to data that’s being mirrored or undergoing parity.

RAID 0 is the only level where total storage capacity isn’t sacrificed, but you also can’t remove disk drives in a RAID 0 array without losing all the data on each drive.

Talk about a nightmare!

If you’re looking for something hot-swappable, both JBOD enclosures and RAID typically have this covered, so no worries there.

Now, if you’re not one for complexity when it comes to data storage, as in, you just need a simple, affordable system that stores a ton of data, then a JBOD is right for you.

RAID technology has its advantages, but it’s notoriously complex and particularly expensive when you enter the world of hardware RAID. Not to mention, if a drive in a RAID array dies, the drive can take a long time to rebuild due to the procedural complexity of certain RAID levels.

Always take a detailed look at what your program or application needs storage-wise.

And when it calls for tons of storage, crazy fast read and write speeds and easy drive swap in a lightweight, rugged chassis, you know where to find us. Our rugged JBOD enclosures just might be the right choice for you.