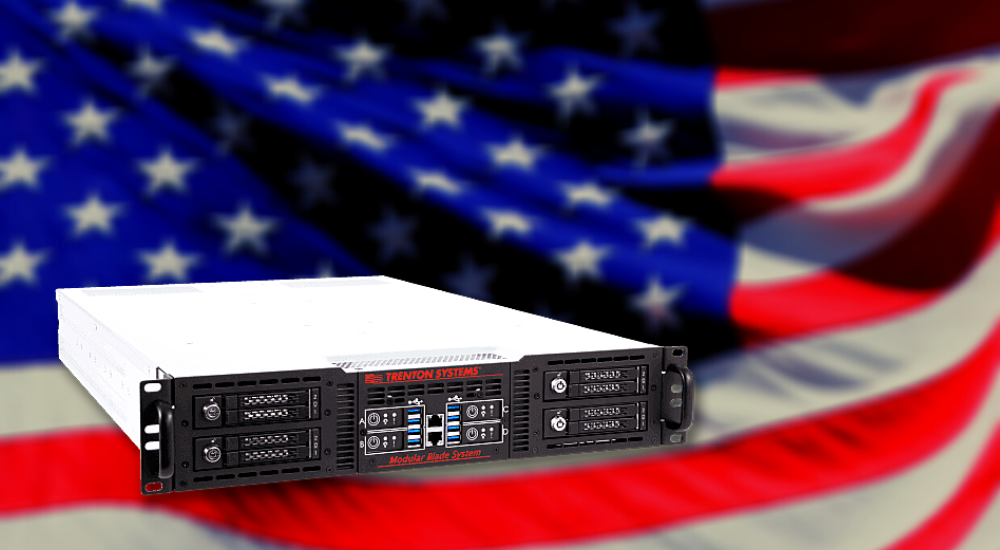 Trenton Systems, which designs, manufactures, assembles, integrates and supports its made-in-USA rugged servers and workstations in Lawrenceville, Georgia, USA, has covered these benefits many times before.

Why, then, do we continue to harp on this subject?

Because it remains an important differentiator.

Not only does purchasing wholly or partially foreign-made systems not offer any of the above benefits, but rugged computers and components not manufactured in the USA can also pose a security risk for mission-critical operations enacted by the U.S. Department of Defense and every American company that needs its critical data protected.

Putting America’s national security operations and company databases at risk is no joking matter, and it’s certainly not a risk we at Trenton Systems are willing to take.

Many rugged computer manufacturers market their systems as “made-in-USA” or “made-in-America.” Still, in truth, the meaning of this industry-prevalent slogan varies significantly from manufacturer to manufacturer and is murkier in meaning than it may seem.

For some customers looking for a truly made-in-USA rugged computer, merely reading or hearing that a system is “made in the USA” is enough to make them believe that each aspect of the supply chain is located, executed and managed solely in the states, from design to manufacturing and so forth.

Graphic: The Six Pillars of a Truly Made-in-USA Rugged Computer Manufacturer. A similar checklist that you can use while shopping for a made-in-USA rugged computer is located further down this blog post.

But it’s essential to pay attention to two things: whether the manufacturer elaborates on their “made in the USA” claim, and if they do, the verbiage they use when offering additional clarification. And sometimes, even that’s not enough information to form a clear picture as to what they mean by “made in the USA.”

For example, if a manufacturer outwardly markets their rugged servers as “made in the USA,” they may further elaborate on this claim by stating they’re “designed and assembled” in the states as well.

At first glance, some customers might read this and believe they’re getting a truly made-in-USA rugged computer.

Where are the major components comprising that rugged server manufactured? The processor board, the backplane, the chassis? In another country? How about multiple countries?

Perhaps most importantly, where are all those manufacturers’ support teams based? If something goes amiss with one of the components, are you ready to endure hours and hours of mentally exhausting support calls from numerous overseas manufacturers – one call, plus a reroute, followed by another call, just for the issue with the motherboard, and another call, plus a reroute, for the backplane hiccup and so forth?

Where’s the server integrated? Oh, and is the account manager you’re working with even in the same building, or country, for that matter, as the engineers designing your customized server?

These are critical factors to consider when shopping for a truly made-in-USA rugged server, so be prepared to ask specific questions about a manufacturer’s supply chain when you’re shopping around. 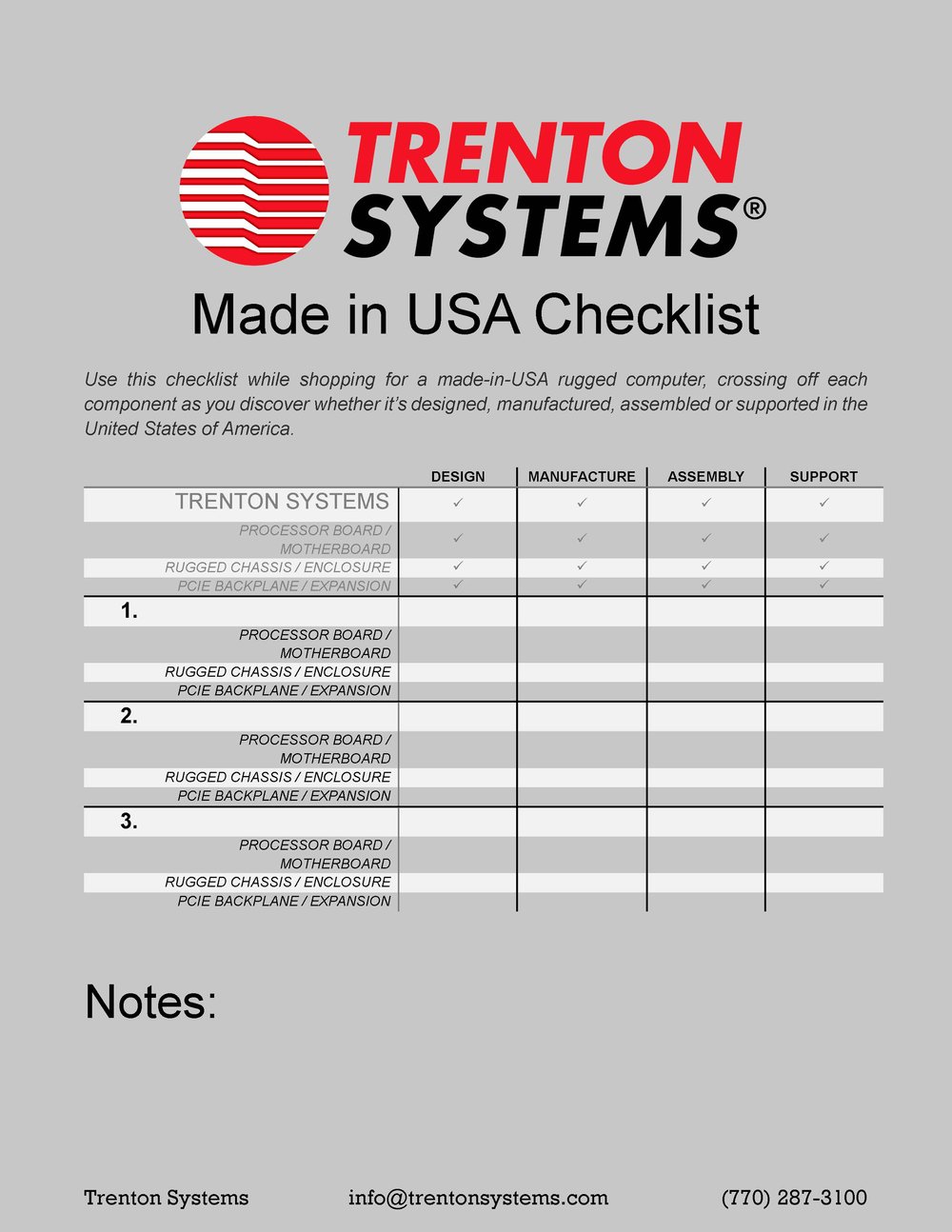 To help you out, we've created a Made in USA Checklist.

Feel free to use this checklist as a guide when asking rugged computer manufacturers whether their major rugged server components - the processor board, the chassis and the PCIe backplane - are made in the USA.

Never be afraid to ask a manufacturer where their motherboards, chassis or backplanes are made. As the manufacturer, they should be ready and willing to provide you with this information so that you can make an informed purchasing decision.

Now, we can’t speak to what other rugged computer manufacturers specifically mean when they say their servers are made in the USA.

Instead, we've compiled a short list of the manufacturers who claim that aspects of their supply chain are based in the USA. This list includes:

Trenton Systems believes in being transparent with its customers about where the rugged computers that power their mission-critical and industrial applications originate.

You can read more about what constitutes a truly made-in-USA product by visiting the Federal Trade Commission’s Business Center web page.

Trenton Systems is more than happy to answer questions about our made in the USA claim, as well as provide evidence of how we design, manufacture, assemble, integrate and support our rugged computers right here on American soil.