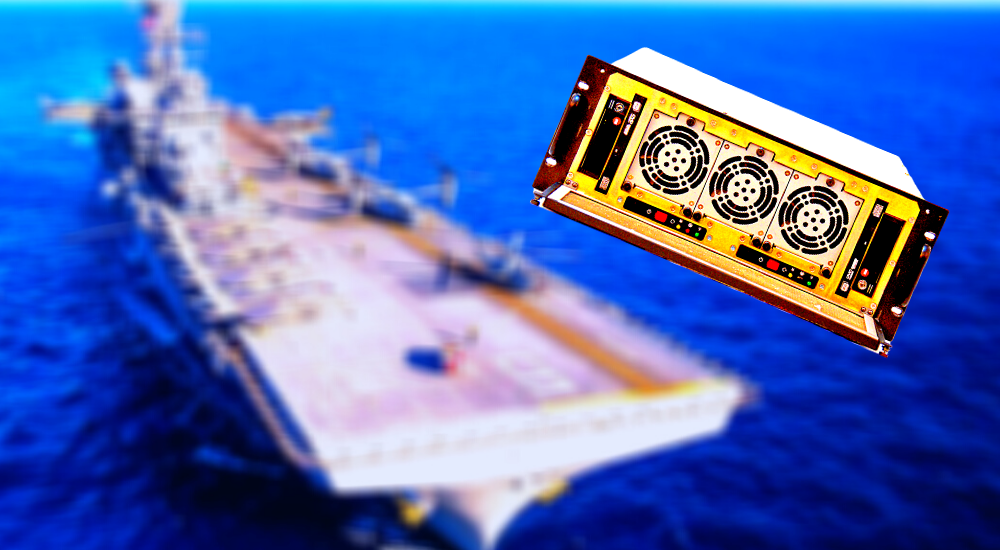 Graphic: Navy shipboard programs and applications may require a rugged server or workstation certified to MIL-STD-167-1 vibration standards. Trenton Systems can take care of that for you. Just drop us a line.

No matter where your mission-critical server goes, it's bound to encounter vibrations along the way - during shipping, during transport and maybe even during its operational state.

When a military computer encounters certain levels of vibration, functional and structural failure can occur if it hasn't been tested to meet military vibration standards, such as those outlined in the popular MIL-STD-810 testing standard.

What MIL-STD-810 doesn't address specifically, however, is rugged computers and system components installed on ships owned by the United States Navy. 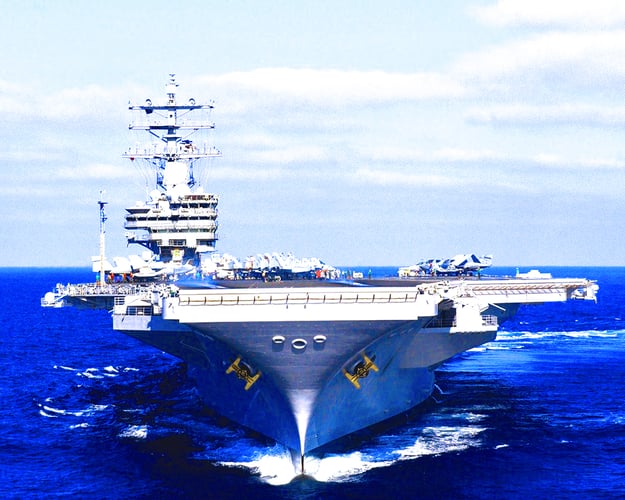 Photo: Any equipment or rugged computer system installed on Navy ships powered by conventionally shafted propeller propulsion - that is - a ship with rotating blades that move the vessel across a body of water, should undergo MIL-STD-167-1 testing prior to installation.

MIL-STD-167-1, currently MIL-STD-167-1A, is a military standard published by the U.S. Department of Defense and used by test engineers to assess the impact of mechanical vibrations on Navy shipboard equipment, including rugged servers, workstations and their components.

The test procedures in MIL-STD-167-1 apply to any Navy shipboard equipment subjected to mechanical vibrations from the environment, as well as internal excitation caused by unbalanced rotating components.

Essentially, any equipment or rugged computer system intended to be installed on Navy ships powered by conventionally shafted propeller propulsion, i.e., a ship with rotating blades that move the vessel across a body of water, should undergo MIL-STD-167-1 testing prior to installation.

It’s important to note, however, that MIL-STD-167-1 tests for shipboard environmental occurrences of vibration, not propulsion system or shafting vibrations.

“Shipboard equipment that conforms to the requirements of MIL-STD-167-1A is found to satisfactorily perform its functions aboard ship.

Equipment for which compliance with MIL-STD-167-1A is not specified or is waived could experience failures induced by vibration in shipboard service.”

MIL-STD-167-1 is one of the shorter testing publications in the DoD’s arsenal of standards, at just 23 pages, compared to, for instance, the more than 1,000 pages in MIL-STD-810. 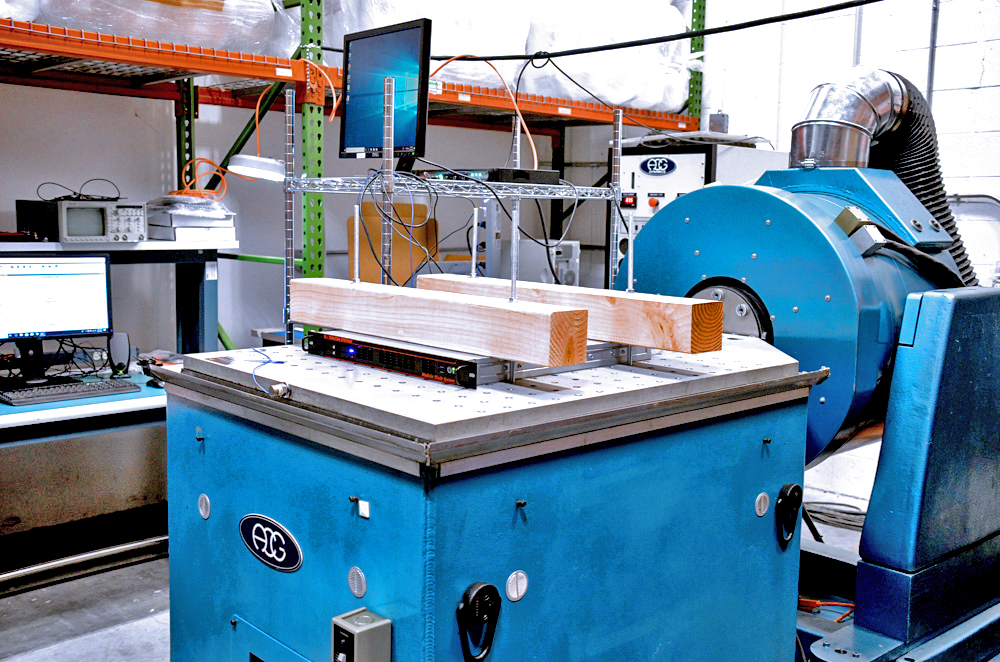 Photo: Trenton Systems' trusty Uholtz-Dickie shock and vibe table, which we use to perform shock and vibe testing in-house at our headquarters in Lawrenceville, Georgia. Shock and vibe tables like this one are often used for vibration testing as specified in MIL-STD-167-1 and other military and industrial standards.

MIL-STD-167-1A tests and requirements are divided into two categories:

According to the standard, “the primary purpose of Type I vibration testing is to prove the physical and functional integrity of equipment when subjected to a prescribed, steady-state vibration environment.”

Each of the Type 1 – Environmental tests specified in MIL-STD-167-1A are conducted separately in each of the three principal directions of vibration, a process also known as triaxial vibration testing. Equipment is typically in its operational or service state during testing and is secured to the shock and vibe table at the same points or areas of attachment that it will be secured aboard a Navy ship.

During the MIL-STD-167-1 exploratory vibration test, the equipment is secured to a shock and vibe table and vibrated at frequencies ranging from 4 Hz to 33 Hz, at a table vibratory single amplitude of 0.010 ± 0.002 inch.

Frequencies at which functional or structural damage or impairment occurs are recorded. Should any adverse effects occur, the equipment or system moves on to endurance testing.

During the MIL-STD-167-1 variable frequency test, the equipment being tested is vibrated at frequencies ranging from 4 Hz to 33 Hz in discrete frequency intervals of 1 Hz at the amplitudes depicted in Table 1 of the standard.

At each interval of the variable frequency test, vibration is maintained for five minutes. As with the exploratory vibration test, any observance of damage or impairment is recorded, and the system or piece of equipment, if adversely affected, moves on to endurance testing.

Table: MIL-STD-167-1's vibratory displacement table for mast-mounted equipment, used during testing of equipment intended for installation on masts, such as radar antennae and other associated equipment

During MIL-STD-167-1 endurance tests for mounted equipment, the system or piece of equipment is designed for a static load of 2.5g in vertical and transverse directions to compensate for rough weather factors. The system or equipment is vibrated for at least two hours at 33 Hz, unless response prominences were observed by the test engineer or the equipment meets specific exceptions.

The Type 2 – Internally Excited category specifies balance and vibration requirements that apply to any rotating machinery aboard a Navy ship. Its essential purpose is to assist with the stabilization of rotor machinery to minimize internally induced vibration or excitation caused by unstable rotating components.

The Type 2 category also specifies rotor characteristics, the revolutions per minute (RPM) at which the rotating machinery in question operates and the types of balancing and procedures appropriate and necessary for machinery operating at the specified RPM.

The Type 2 category specifies one vibration test procedure. During testing, the test equipment or system is mounted at a natural frequency corresponding to less than one-quarter of the frequency associated with the minimal operational speed of the unit or mounted on the shipboard mounting to which it will be fixed during real-world operation. 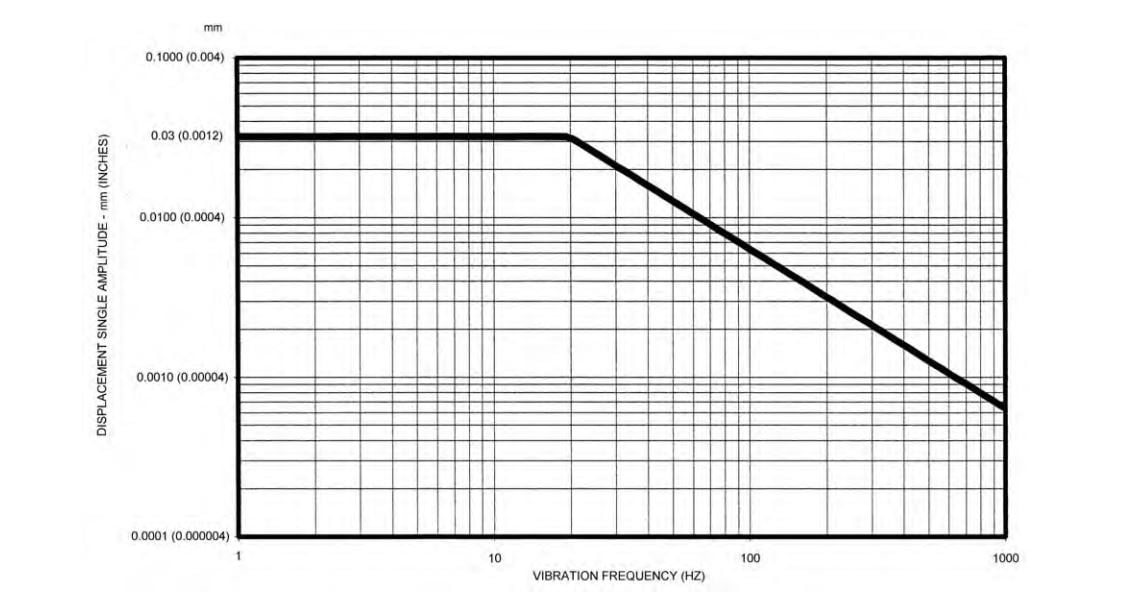 Once mounted, assessment begins, and the test engineers note whether vibrational displacement amplitude exceeds the frequency range and amplitude specified in Figure 2. 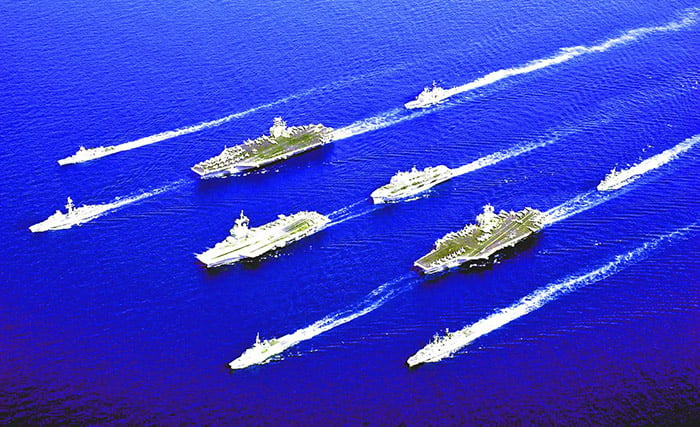 Common causes of shipboard vibration include:

The assurance that a rugged computer will function as expected when exposed to these types of vibrations is an assurance that many military programs and applications require.

Trenton Systems can certify to MIL-STD-167-1A standards and has done so with its:

Whatever the needs of your mission-critical server or application, our talented engineering team will work with you to make it happen.