MIL-STD-461: Everything You Need to Know

Graphic: If your rugged server or workstation is expected to operate in proximity to any number of electrical and electronic systems, a MIL-STD-461 compliance certification is an absolute must.

For more information on military and industrial standards, check out our MIL-STD-810 series, which begins with MIL-STD-810 temperature testing, as well as our DO-160 blog post.

At Trenton Systems, we use the United States Department of Defense's MIL-STD-461 to test and certify our made-in-USA rugged servers, workstations, PCIe backplanes and processor boards for electromagnetic compatibility.

MIL-STD-461 is an important testing standard for our military customers. It ensures that the ruggedized computer systems they purchase from us can function properly within electromagnetic (EM) environments and avoid releasing EM energy that could potentially cause electromagnetic interference (EMI) with nearby devices.

Nonetheless, in this blog post, we’ll discuss the MIL-STD-461 document, EM interference as it relates to MIL-STD-461 and the importance of electromagnetic compatibility in general.

We don’t know about you, but for some reason, we're feeling pretty - charged - about this blog post. 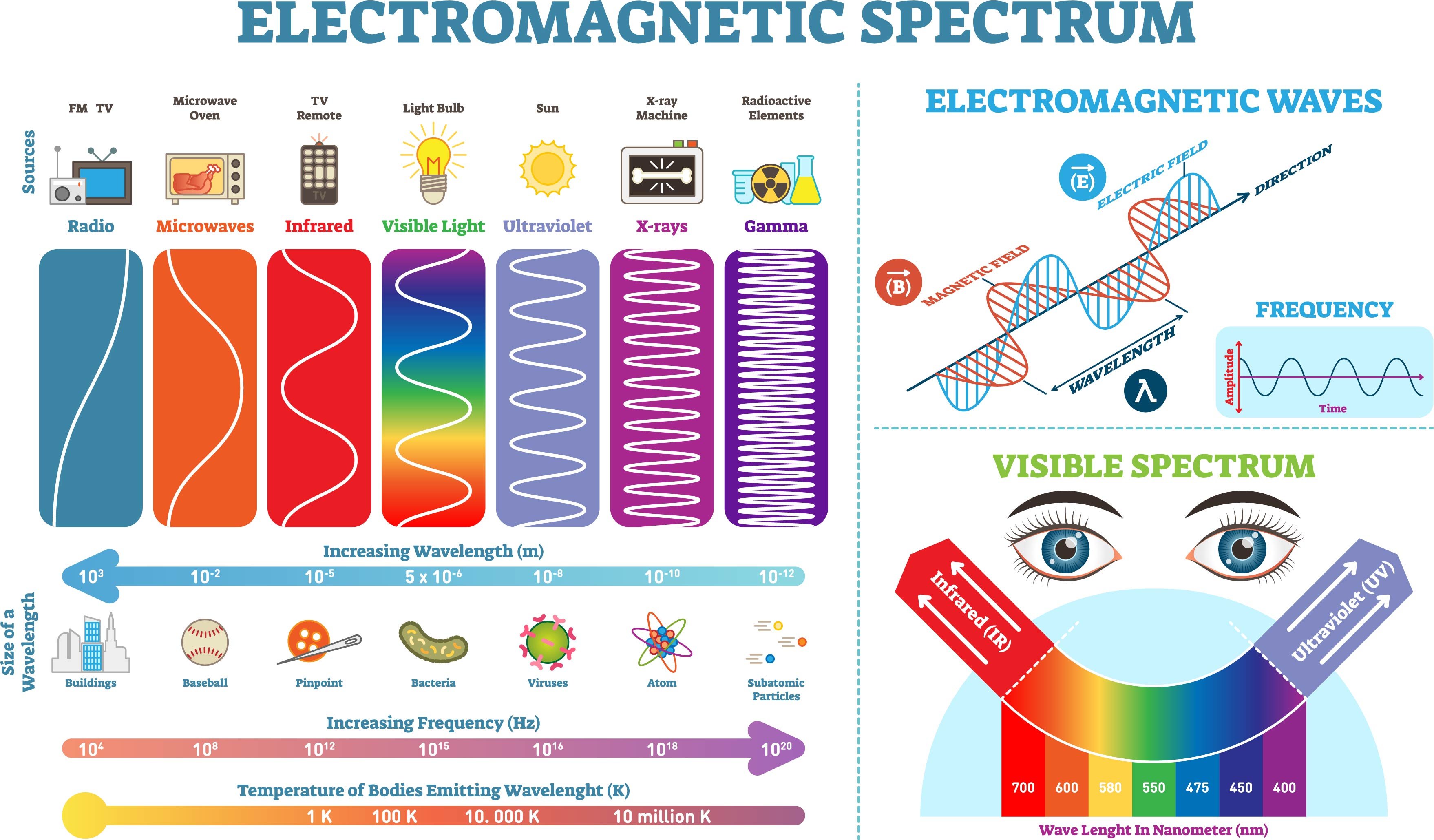 Graphic: An overview of the electromagnetic spectrum with examples of devices and their wavelength types

MIL-STD-461, currently MIL-STD-461G, is an electromagnetic compatibility testing standard published and maintained by the United States Department of Defense (U.S. DoD). Its official title is Requirements for the Control of Electromagnetic Interference Characteristics of Subsystems and Equipment.

The MIL-STD-461 document is applied to electrical or electronic systems, e.g., rugged servers and workstations, used in military programs and applications. A MIL-STD-461 certification ensures that a system doesn’t suffer from EM interference or disrupt other devices near it.

“This standard is best suited for items that have the following features: electronic enclosures that are no larger than an equipment rack, electrical interconnections that are discrete wiring harnesses between enclosures, and electrical power input derived from prime power sources.”

MIL-STD-461 is a tried-and-true electromagnetic testing standard dating back as far as 1967, when the DoD first issued the document to establish EM compatibility requirements for defense technology as parts of its Electromagnetic Compatibility Program.

Since its initial publication in 1967, MIL-STD-461 has undergone a total of seven revisions:

MIL-STD-461 is a common requirement for military programs and systems, which is why Trenton Systems works closely with compliance laboratories and defense contractors to ensure that our rugged servers are up to par.

The United States military is concerned with how electromagnetic compatibility affects components and sub-components in their vehicles, aircraft and ships. 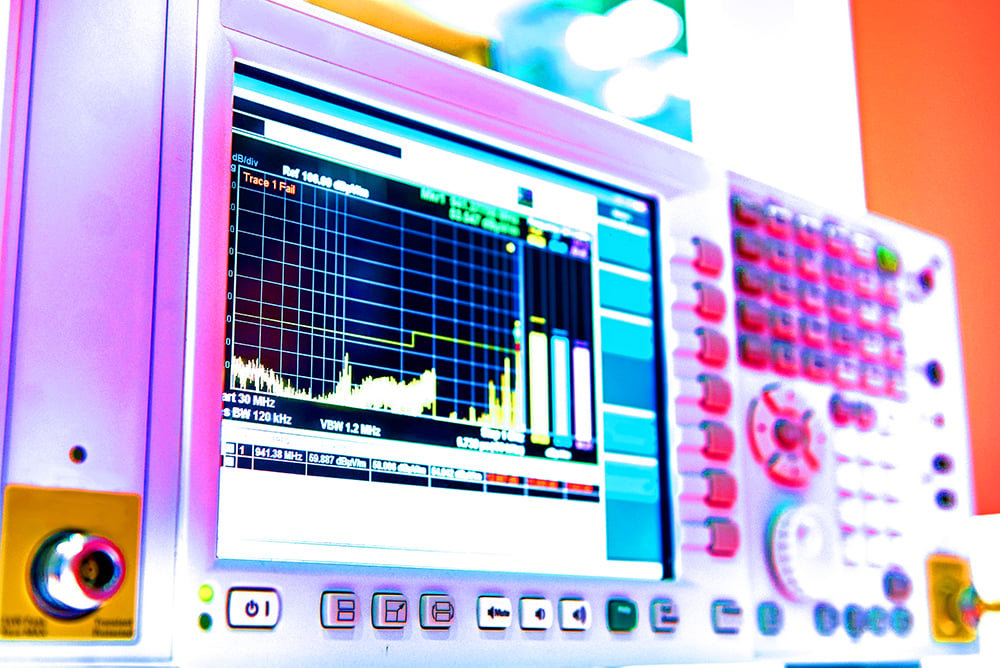 MIL-STD-461 testing is important for safety and mission success. Space-constrained programs and applications that utilize numerous embedded computer systems are growing in number, and thus, the propensity for EMI between them is growing, too.

Given that our mission-critical servers and workstations power high-stakes systems and applications for the military, the assurance to military personnel that their systems won’t be disrupted by EMI is crucial.

Electrical and electronic systems operating in proximity to each other have the propensity to emit or be susceptible to EMI, which can cause a decline in performance or shut the systems down completely.

If a rugged server or workstation isn’t MIL-STD-461-compliant but is being used as part of a mission-critical system, there’s an increased likelihood of mission disruption, mission failure and even a total loss of data, all of which carry potentially disastrous consequences, especially when national security is at play.

Even worse, enemy forces may also hijack the electromagnetic spectrum and disrupt electrical and electronic systems being used by the U.S. military. This weaponization of the EM spectrum is known as electronic warfare.

MIL-STD-461 testing offers an added layer of EMI protection for military systems and reassurance to military personnel that their systems likely won’t be disrupted by EMI.

Table: The MIL-STD-461 Requirement Matrix. This table outlines the different MIL-STD-461 test procedures and their applicability to equipment and subsystems installed on major military platforms and installations.

MIL-STD-461 test procedures are designated by an alphanumeric coding system.

Each MIL-STD-461 requirement is identified by three-digit number succeeding a two-letter combination.

Conducted emissions refer to EM energy generated by a system or device and transmitted through its power cord via an electric current.

Radiated emissions, on the other hand, refer to the unintentional generation of EM energy from a system or device.

Some of the more commonly discussed tests in MIL-STD-461 are:

MIL-STD-461G CE102 ensures that EM emissions from the equipment being tested do not exceed the power lead and AC / DC limits outlined in Figure CE102-1 of MIL-STD-461.

MIL-STD-461G CE102 is applicable to equipment installed on:

MIL-STD-461G CS116 is applicable to equipment installed on surface ships, military aircraft, space systems and launch vehicles and military ground platforms and installations. It is limited in applicability to submarines.

MIL-STD-461G RS103 assesses the ability of equipment and its cabling to withstand electric fields. 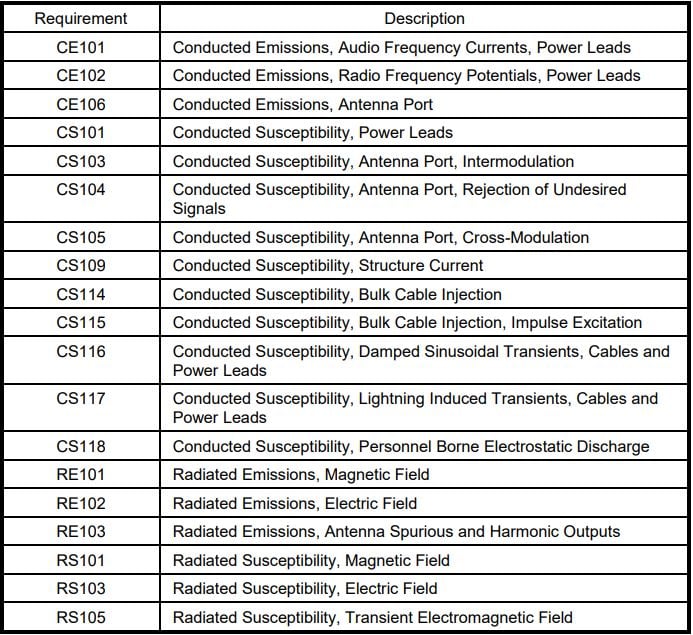 Table: MIL-STD-461's Emission and Susceptibility Requirements. This table lists the standard's test procedures in the left-hand column and brief descriptions of each procedure in the right-hand column.

In total, there are 19 electromagnetic compatibility test procedures in MIL-STD-461. We’ve listed the procedures and their purposes below:

Graphic: The United States Department of Defense's logo. The DoD publishes and maintains electromagnetic compatibility standards, including MIL-STD-461, MIL-STD-464, and other military standards, such as MIL-STD-810.

The difference between MIL-STD-461 and MIL-STD-464, however, is quite simple. The former addresses specific pieces of equipment and subsystems, and the latter addresses systems and platforms at large.

In short, MIL-STD-464 is a collection of baseline system- and platform-level requirements and verification methods for fully assembled systems – the submarine, the launch vehicle, the surface ship and the others mentioned in MIL-STD-461.

It’s helpful to think of MIL-STD-464 as the integrated system standard for electromagnetic compatibility. MIL-STD-461, on the other hand, dives into the specifics of EMC testing for the smaller equipment and subsystems. It also serves as a testing guide for compliance testing engineers.

Furthermore, MIL-STD-464 addresses system life cycle stages as they relate to E3. These stages include normal operation, packaging, transportation, storage, among others.

There's hardly a debate to be had.

If your rugged server, workstation or mini PC is expected to operate in proximity to any number of electrical and electronic systems, a MIL-STD-461 compliance certification is a must.

Some Trenton Systems products that have undergone MIL-STD-461G testing include but are not limited to our:

Trenton Systems not only recognizes the money, time and energy that EMI damage can zap, but the path of destruction it can leave in its wake.

That's why we take great care when certifying our systems to MIL-STD-461.

Electromagnetic compatibility is essential, but our military customers have much more important matters to tend to.