Graphic: We recommend asking your rugged server manufacturer about MIL-STD-810 altitude testing if you’re concerned about your mission-critical server being compromised at high ground elevations or altitudes.

This is Part 6 in a series of the different test methods in MIL-STD-810H, the successor to MIL-STD-810G. View Part 5: Humidity Testing and Part 4: Shock Testing.

Low pressure (altitude) testing, also known as Test Method 500.6,  is one of the shorter tests in MIL-STD-810, but it's vitally important for rugged computers deployed in aircraft or at high ground elevations.

In this installment of MIL-STD-810 testing, we'll tell you everything you need to know about the test method and how it can complement your rugged computing solution.

What is MIL-STD-810 altitude testing?

The purpose of MIL-STD-810 altitude testing, or Test Method 500.6, is to assess whether a system can endure or function in a low-pressure environment or withstand rapid changes in pressure, according to MIL-STD-810H.

Test engineers should use this method on systems that are expected to be:

Systems intended to endure and operate within space vehicles or aircraft at above 70,000 feet are not covered by this method.

Any system that is intended to be transported by air during its life cycle should be tested using this method due to the significant drop in pressure associated with high altitudes.

Graphic: An illustration of an unmanned aerial vehicle climbing in altitude

What are the different altitude testing procedures?

There are four procedures associated with MIL-STD-810 altitude testing:

Procedure I – Storage / Air Transport is used on systems that are expected to be transported or stored at high ground elevations or transported by air in a shipping or storage configuration.

Think of systems stored in mountaintop facilities or purchased and flown to another country for usage.

This procedure is like Procedure I. The main difference is that it assesses the actual functionality of a system as it’s exposed to environments with low air pressure.

Procedure III – Rapid Decompression tests for systematic reaction that could endanger personnel or damage a ground vehicle or aircraft in conditions where air pressure decreases at a fast rate.

Rapid decompression is associated with larger aircraft, typically causes a bang or sudden cabin air fogging, occurs in seconds at a rate of greater than 7,000 feet per minute and can cause both hypoxia and decompression sickness.

Procedure IV – Explosive Decompression accounts for systems exposed to an instantaneous, rather than gradual, decrease in air pressure.

Explosive decompression occurs in less than half a second and is typically seen in smaller aircraft flying at considerably high altitudes.

This procedure is appropriate for sealed cockpit equipment or any system that, if compromised, could further endanger aircraft personnel. 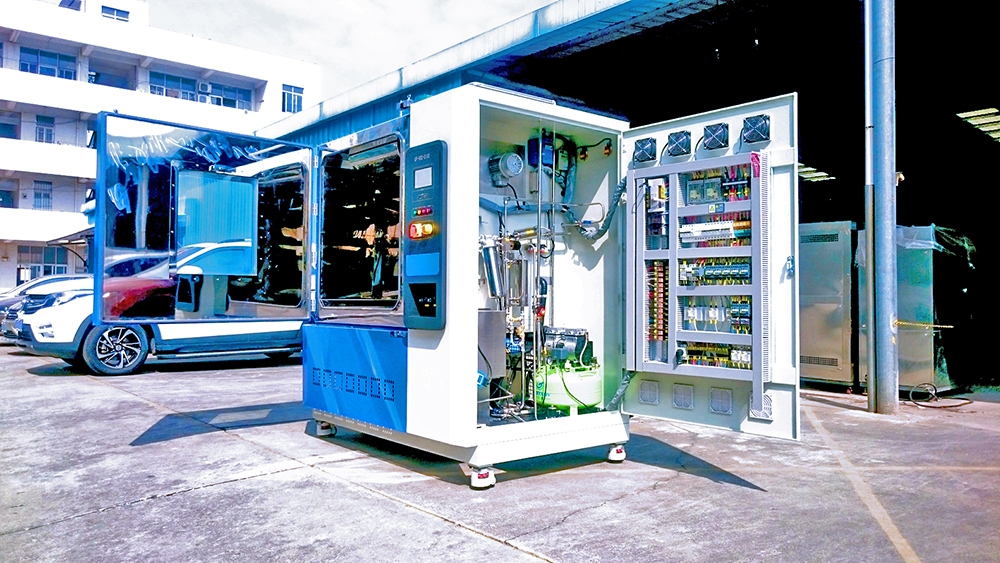 How is altitude testing performed?

For ground areas, test temperature is based on the geographic location at which the system will be deployed. The highest elevation currently contemplated for military ground operations is 15,000 feet with an equivalent air pressure of 57.2 kPa.

What are the systematic effects of low-pressure environments?

Low-pressure or high-altitude environments can cause physical, chemical and electrical damage or impairment to a system.

Overheating is one common concern for rugged computers, given that increasing altitude causes a reduction in heat transfer.

Should you ask about altitude testing for your rugged computer?

We recommend asking your rugged server manufacturer about MIL-STD-810 altitude testing if you’re concerned about your mission-critical server being compromised at high ground elevations or altitudes.

You shouldn’t have to bear the cost or headache associated with preventable system damage or impairment.

Trenton Systems currently performs limited shock, vibration, temperature and humidity testing in-house, but we have working relationships with local compliance testing laboratories that can facilitate testing needs beyond our capabilities.