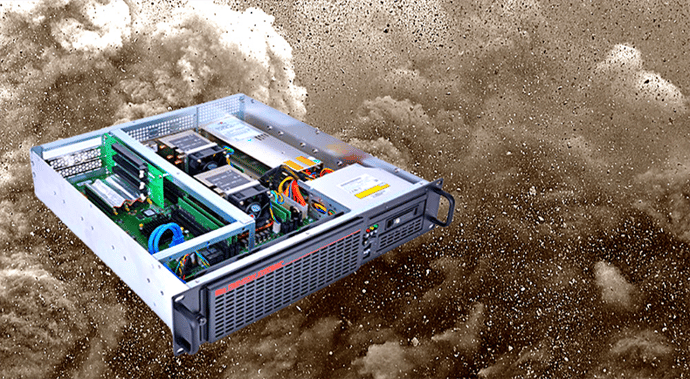 Graphic: Test method 510.7 of MIL-STD-810 may be worth looking into if your rugged server is expected to operate in arid or semi-arid regions.

This is Part 3 in a series of the different test methods in MIL-STD-810H, the successor to MIL-STD-810G. View Part 2: Vibration Testing and Part 1: Temperature Testing.

Having your rugged server certified to MIL-STD-810 standards is one of the best ways you can ensure its survival and functionality in the field.

When looking for the perfect military computer for your program or application, it’s important to be aware of the different locations and environments in which it will ultimately operate.

That way, you’ll know which specific military certifications to ask about when you’re shopping around.

Sand and dust testing, along with temperature, vibration and humidity testing, is one of the more common rugged computer test methods out there.

It’s often used when a system is expected to operate in arid or semi-arid regions, where sand and dust storms commonly occur, or where aircraft are likely to propel sand particles into the air during takeoff, hovering or landing. 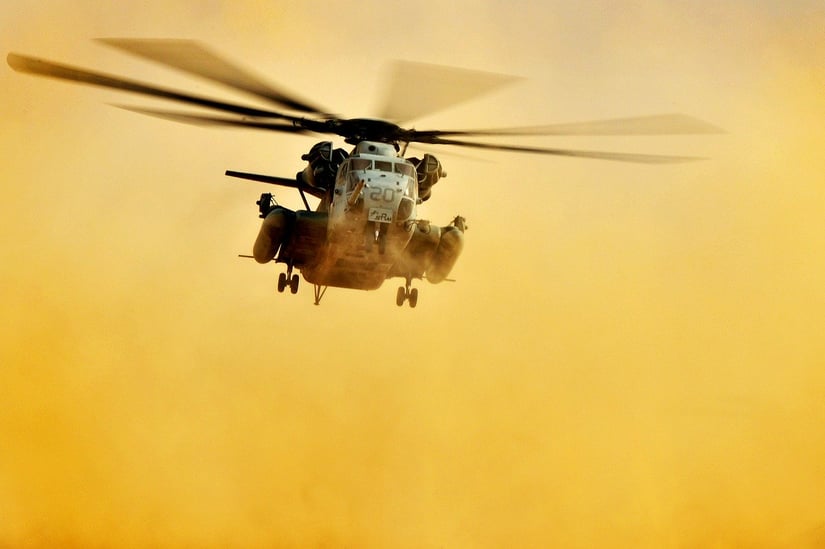 Photo: Helicopters are known for propelling desert sand into the air upon takeoff and landing.

What is MIL-STD-810 sand and dust testing?

According to MIL-STD-810H, sand and dust testing, also known as MIL-STD-810H-510.7 or simply Test Method 510.7, is performed to evaluate the resistance of a system to dust and sand particles, which may obstruct openings and penetrate cracks, crevices, bearings and joints.

How is sand and dust testing performed?

Environmental sand and dust testing is performed by placing a system into a blowing chamber and exposing it to sand or dust particles while controlling for temperature, relative humidity, air velocity, particle composition, particle concentration and system orientation.

The harmful effects of sand and dust exposure on a system include: 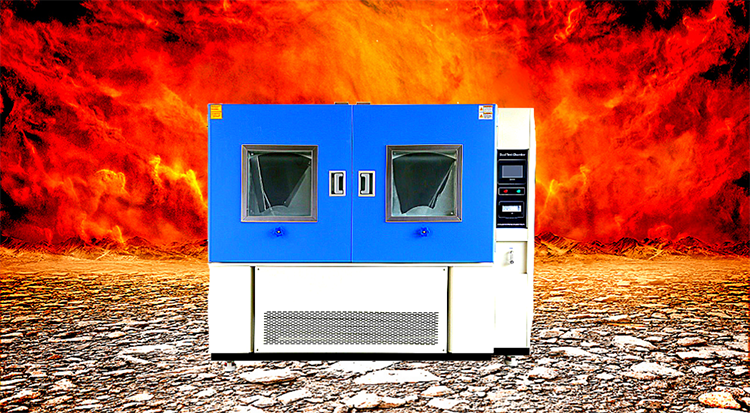 Graphic: Sand and dust test chambers like the one pictured above are used to mimic real-world exposure. Source: Xi'an LIB Environmental Simulation Industry

What are the sand and dust testing methods?

There are two sand and dust testing methods or procedures:

Procedure I – Blowing Dust involves exposing a system to circulating dust particles, preferably from the region in which the system is expected to operate, for 12 hours.

If natural dust from the specific region is not available, a test dust closest in composition can be used.

Temperature conditions should be kept at standard ambient air temperatures, as well as the system’s previously established high operating and storage temperatures.

Relative humidity should not exceed 30 percent due to the caking of particles that occurs in particularly humid environments.

Other air velocities can be used to represent the system’s intended environment.

The system in question is operated during testing if it is intended to operate during a real-world dust event.

Damage and impairment are also assessed once testing concludes. 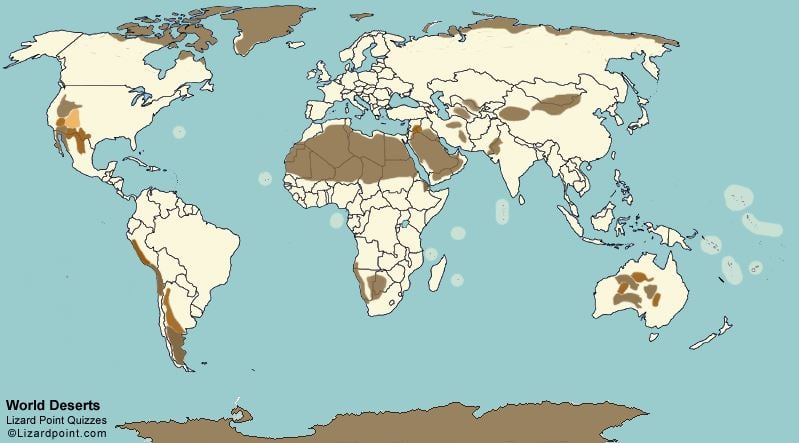 Graphic: A map of the world's deserts. The 90 deserts across the globe are made up of different sand particle size distributions. As a result, particle size has been standardized for MIL-STD-810 sand testing. Source: Lizard Point

Procedure II – Blowing Sand involves exposing a system to particles of quartz sand resembling those in the region of interest for 90-minute intervals.

Given that there are 90 deserts across the globe, each with different sand particle size distributions, it is impossible to determine a distribution that accounts for every locale, which is why the standard 150-850 micrometer particle size is used during testing.

If a system is expected to operate in a region with an unusual sand composition, samples should be collected and analyzed to determine the distribution of the material used to stress-test the computer.

Temperature conditions should be kept at standard ambient air temperatures, as well as the system’s previously established high operating and storage temperatures.

Air velocity should be 18-29 m/s, or 40-65 mph, to simulate real-world wind and wind gusts, as well as ensure that the particles remain suspended during circulation.

The system should be reoriented at 90-minute intervals so that it can experience maximum erosion effects.

The system in question is operated during testing if it is intended to operate during a real-world sand event. 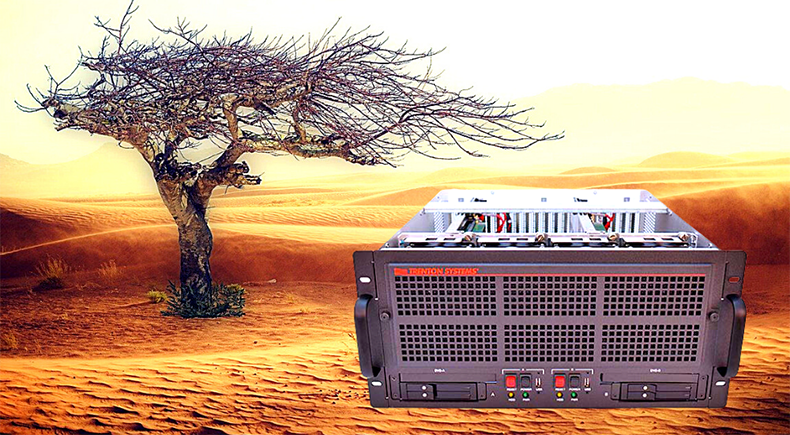 Graphic: The desert can be a harsh place for rugged computers. Avoid the headache by having your system MIL-STD-810-certified.

Should your system be tested for sand and dust exposure?

MIL-STD-810 sand and dust testing is perfect for systems expected to survive and function in dry, hot regions, such as any one of the 90 deserts in the world.

Sand and dust testing won’t be necessary if your system is to be located somewhere humid, rainy or in any other environment where dust storms, sandstorms and aircraft-generated exposure are neither common nor cause for concern.

If you expect that you’ll encounter any of the above, then for the sake of your system and your wallet, ask your rugged computer manufacturer about sand and dust testing.

After all, severe damage to your server or workstation isn’t just something you can dust off.