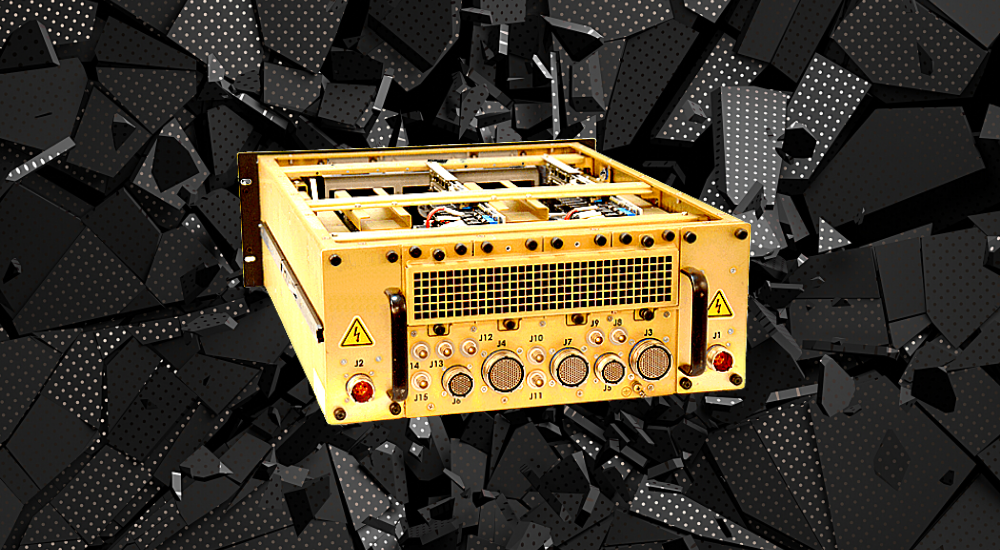 Graphic: MIL-STD-810 shock testing, also known as Test Method 516.8, is arguably one of the most well-known methods in MIL-STD-810.

This is Part 4 in a series of the different test methods in MIL-STD-810H, the successor to MIL-STD-810G. View Part 3: Sand and Dust Testing and Part 2: Vibration Testing.

Buckle up, friends. You're in for a shocker.

MIL-STD-810 shock testing - also known as Test Method 516.8 - is arguably the most well-known method in the entire 1,000-page document due to its widespread use in product drop testing.

Whether your rugged computer is installed in an aircraft or being transported in a ground vehicle, there's a chance it will endure mechanical shock at some point during its life cycle. 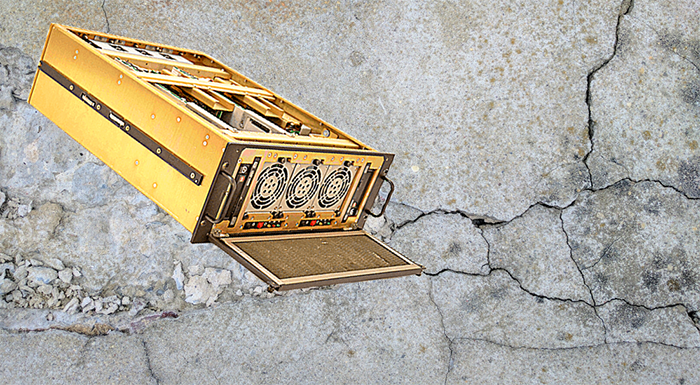 What is MIL-STD-810 shock testing?

The purpose of MIL-STD-810 shock testing, or Method 516.8, is to assess a system’s resilience to physical impact in handling, transportation and service environments, according to the standard’s latest revision.

In the context of MIL-STD-810, shock refers to mechanical, rather than electric, shock.

A MIL-STD-810 shock test, therefore, assesses the structural and functional effects of mechanical shock impact on a system.

In addition, shock testing is used to assess the strength of devices that are at risk of being involved in a crash and experiencing breakage or ejection as a result. 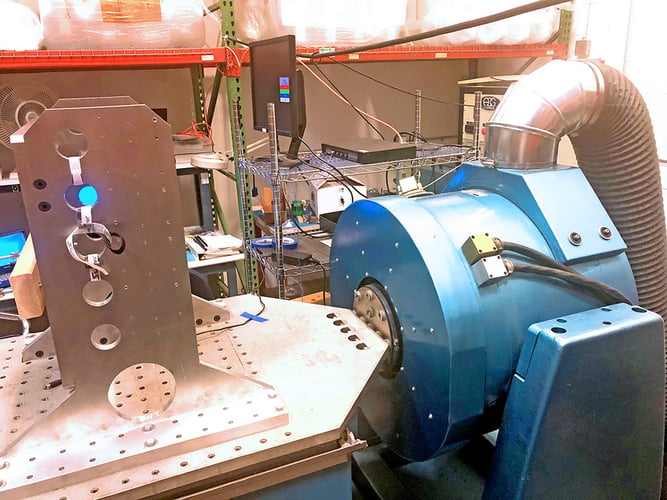 How is a shock test performed?

A mechanical shock test is performed using special shock testing equipment, such as a shock table. Typically, a system is exposed to sudden, forceful accelerations and decelerations for less than one second.

We at Trenton Systems perform mechanical shock testing using our in-house shock and vibe testing table. Using the shock testing methods specified in MIL-STD-810, we further enhance the ruggedization of our servers and workstations by markedly improving their resistance to impact in the field.

Our shock testing is typically driven by a customer requirement. These tests are designed to control parameters such as pulse shape, peak acceleration and duration per the test method. Most of this testing is handled via our software-controlled shock and vibration table."

Shock testing is usually requested because of the destructive effects that sudden physical impact can have on a system, including:

What are the different shock testing methods?

There are eight different MIL-STD-810 shock testing methods or procedures:

Table: The different procedures in Method 516.8 and the state of the system or material during testing, as depicted in MIL-STD-810H

Procedure I – Functional Shock assesses the overall survivability of a system and observes whether any functional damage from shocks occurs during system operation.

The shocks administered during this procedure are designed to represent those encountered in operational service environments.

Procedure II – Transportation Shock assesses the response of a system to the repetitive shocks encountered in certain transit environments, such as during ground vehicle transportation.

A classical terminal peak sawtooth shock is used. Repetitive shocks may be of similar or varying amplitude and frequency bandwidth.

It’s important to note that MIL-STD-810 does not consider this procedure an equivalent to secured and loose cargo vibration testing in Method 514.18.

Procedure III – Fragility basically assesses the strength and frangibility of a system.

Fragility testing is also used to determine the right packaging, stowage or mounting configurations, as well as what specific shock conditions will cause structural or operational damage to the system.

During this procedure, shocks are essentially increased in magnitude until damage or impairment occurs.

The procedure involves placing a system is placed inside its transit case, or not, and dropping it onto a hard surface.

The procedure is used to determine if a system is capable of withstanding accidental drops during loading and unloading, such as when it’s being removed from a server rack.

Procedure V – Crash Hazard Shock Test assesses systems mounted in air or ground vehicles that could become detached during a crash and present a hazard to drivers, pilots, passengers or bystanders.

This procedure uses simulated crashes to verify the overall structural integrity of a system, as well as any mounts, tie-downs or containment configurations.

Procedure VI – Bench Handling is for systems that may experience shock on a work bench during maintenance, repair or packaging.

The test is performed with the system outside of its transit case or packaging.

Procedure VI – Pendulum Impact assesses the ability of large shipping containers to resist shock resulting from horizontal impact, in addition to how effective packaging and packing methods for the container’s contents are in terms of overall protection.

The test is intended to simulate accidental impacts and is used only on susceptible containers – those that are large, heavy and likely to be handled mechanically as opposed to manually.

Procedure VIII – Catapult Launch / Arrested Landing is for systems or material mounted on or in fixed-wing aircraft that is subject to shock from catapult launches and arrested landings.

How is mechanical shock measured?

Mechanical shock pulses are measured in Gs, which is just a unit of measurement for gravity acceleration.

The longer the shock pulse lasts and the higher the number of Gs, the more damage that is done to the system. This is why systems are impacted in mere milliseconds during testing.

What is the difference between shock and vibration testing?

Certain shock and vibration testing standards may seem identical or even substitutable, but overall, the two test methods are quite different.

Shock testing measures physical or mechanical shock or impact using drop or direct collision assessments. Systems may be mechanically released from a certain height or subjected to a series of shocks in place using shock testing equipment.

Vibration testing, on the other hand, simulates the consistent shaking and juddering a system experiences throughout different stages of its life cycle, such as during transportation and operation.

Check out Part 2 of this series to learn more about MIL-STD-810 vibration testing. 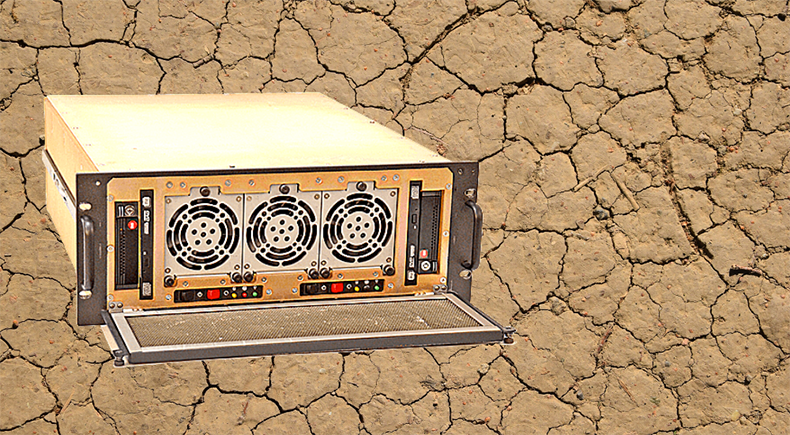 Graphic: If there's even the slightest chance that your rugged server or workstation could experience mechanical shock during its lifetime, MIL-STD-810 shock testing might be worth asking about.

Should you ask about shock testing for your rugged computer?

If your system is predicted to endure any type or level of mechanical shock at any point during its life cycle, then we recommend asking your rugged computer manufacturer about MIL-STD-810 shock testing.

Using our software-controlled shock testing equipment, our talented test engineers can easily conduct and tailor this quick assessment to the most common procedures listed in the method.

And if for some reason we can’t perform the specific shock test you’re interested in, we partner with local testing labs that can get the job done.