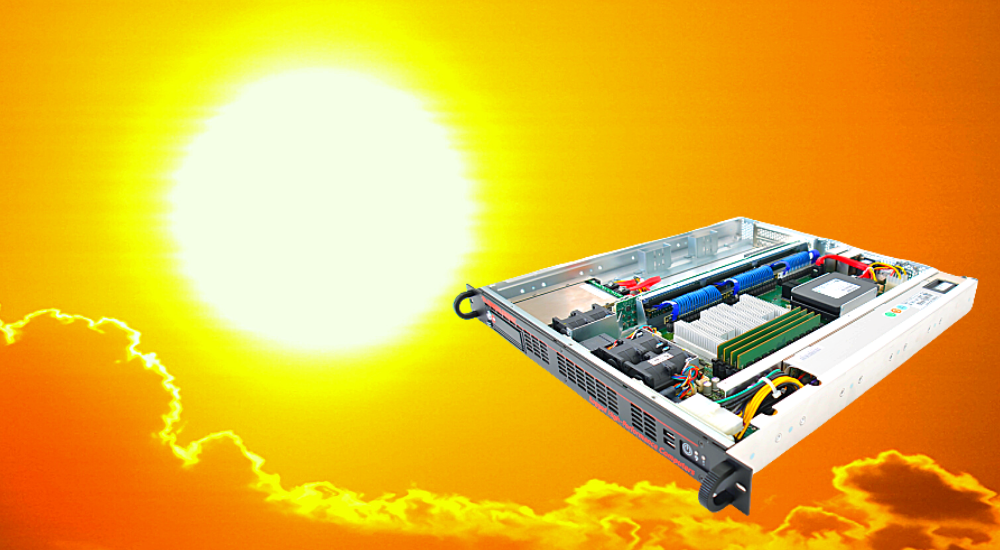 This is Part 8 in a series of the different test methods in MIL-STD-810H, the successor to MIL-STD-810G. View Part 7: Contamination by Fluids Testing and Part 6: Humidity Testing.

The sun may be shining, but it's damaging that MIL-STD-810 rugged computer.

Because although it may have been certified to sand and dust, humidity and shock testing standards, among others, it lacks protection from solar radiation exposure, which MIL-STD-810H covers under Method 505.7.

So, fire up those chamber lamps, lather yourself in sunscreen and prepare for a hefty dose of Vitamin D, because today, we're catching some rays - some educational rays - with a deeper look at MIL-STD-810 solar radiation (sunshine) testing.

According to MIL-STD-810H, the purpose of solar radiation testing, also known as Test Method 505.7, is to assess the heating effects that electromagnetic radiation has on a system or material. This method can also be used to assess the alterative effects of light, a phenomenon known as photodegradation.

Method 505.7 is also useful for assessing the effects of temperature changes caused by solar loading, or the additional heat generated from sunlight exposure, as well as the heating effects on material enclosed within an outer container, which must be provided for an accurate examination.

MIL-STD-810 solar radiation testing does not control for all naturally occurring environmental factors and recommends testing at appropriate natural sites. In addition, the method is not intended to be used for space applications.

Graphic: The two procedures in Method 505.7 assess item response temperatures and the effects of photodegradation, respectively.

What are the different solar radiation testing procedures?

Both procedures involve exposing test items to simulated sunlight and the effects of solar radiation. They differ, however, based on timing and level of solar loads.

Procedure I is used to assess the response temperatures of a system or material when it’s exposed to direct solar radiation in hot climates and establish the highest temperature that a test item will reach during repeated cycles.

Unlike Procedure II, which assesses actinic light effects after a system or material receives large amounts of sunlight over a prolonged period, Procedure I is not ideal for assessing photodegradation, although it can be used for limited actinic evaluation.

Procedure I is designed to determine the heat produced by solar radiation and effects of that heat by exposing materiel to continuous 24-hour cycles of simulated solar radiation at realistic maximum levels typical throughout the world.

Procedure II is designed to accelerate photodegradation effects produced by solar radiation. This procedure exposes materiel to cycles of intensified solar loads interspersed with dark periods to accelerate actinic effects that would be accumulated over a longer period of time under normal solar loads.

How is solar radiation testing performed?

Solar radiation testing is performed in an environmental test chamber. Put simply, a system or material is placed beneath full-spectrum lamps that mimic the effects of direct sunlight.

Procedure I involves exposure to two high-temperature diurnal cycles known as Cycle A1 and Cycle A2.

Cycle A1 is normally accompanied by naturally occurring winds and represents the hottest conditions at locations experiencing very high temperatures and levels of solar radiation, such as the hot, dry deserts of north Africa, southwest and south central Asia, central and western Australia, northwestern Mexico and the southwestern United States.

Cycle A2 has peak conditions of 1120 watts per square meter and 43°C or 110°F and represents less severe environments, including the most southern parts of Europe, most of the Australian continent, south central Asia, northern and eastern Africa, coastal regions of north Africa, southern parts of the United States and most of Mexico.

Remember that the goal of Procedure II is to assess the cumulative effects caused by prolonged exposure. As an acceleration procedure, it is designed to reduce the time it takes to reproduce these effects. If the repeated, long cycles of Procedure I were used for this test, assessment would likely take months. 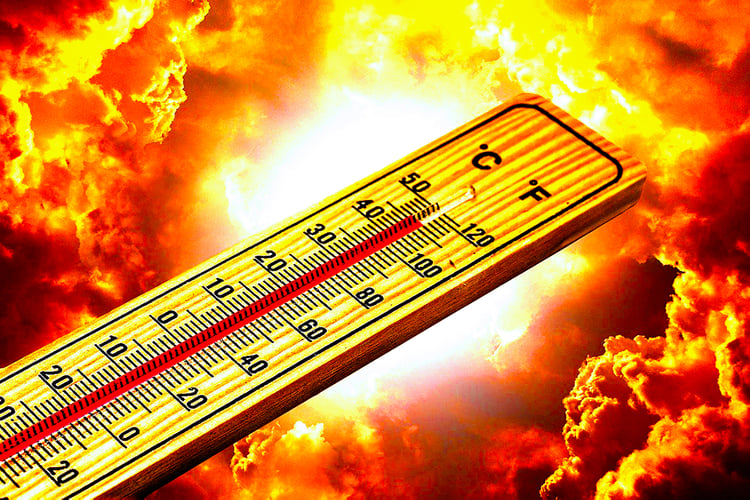 Graphic: Heating effects of solar radiation on a system or material include changes in strength and elasticity, blistering, peeling and difficulty in handling.

What are the systematic effects of solar radiation?

Method 504.3 of MIL-STD-810 splits the effects of solar radiation into two categories based on its two procedures. The categories are heating effects and actinic effects.

Actinic or photodegradation effects include:

Should you ask about solar radiation testing?

Any system or material that’s likely to be exposed to direct sunlight for a prolonged period and in turn subjected to its physical and chemical effects should undergo solar radiation testing to prevent damage or impairment.

Trenton Systems performs shock, vibration, temperature and humidity testing on its rugged servers, blade servers and workstations in-house, but we partner with local compliance testing facilities that can accommodate testing requests beyond our capabilities.