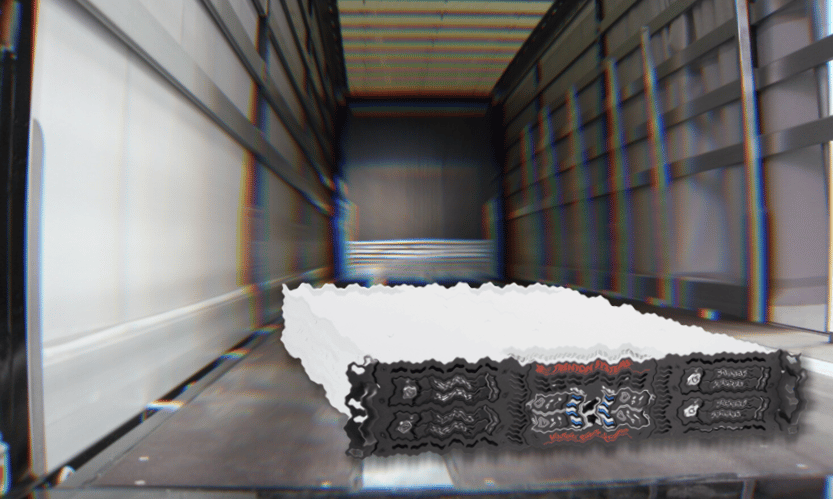 Graphic: A Trenton Systems 2U rugged blade server in motion. MIL-STD-810 vibration testing may be worth looking into if your rugged computer is expected to experience general vibration or transport vibration during its life cycle.

This is Part 2 in a series of the different test methods in MIL-STD-810H, the successor to MIL-STD-810G. View Part 1: Temperature Testing.

We know that rugged servers and workstations can experience quite a bit of vibration during transport and operation, and unfortunately, suffer damage or impairment as a result.

Test Method 514.8 of MIL-STD-810, which covers both general and transport vibration, can help with that.

What is MIL-STD-810 vibration testing?

According to MIL-STD-810H, the purpose of vibration testing, also known as Test Method 514.8, is to assess the functionality and durability of a system during and after its exposure to intense shaking and juddering.

Exposure to a harsh vibrational environment can severely damage or altogether destroy computers and their components unless they're ruggedized in accordance with MIL-STD-810.

How does MIL-STD-810 vibration testing protect your rugged server?

Certifying your server or workstation to the testing procedures in Method 514.8 ensures protection in the field by assessing and validating the resistance of a system to varying levels of vibration.

This translates directly to dollars saved on repairs or replacements resulting from physical damage and a short life cycle.

MIL-STD-810H provides the following examples of problems that can result from general or transport vibration:

As you can see, there’s no shortage of damage that can occur when a system endures an exposure.

This is why it’s so important to equip your program or application with MIL-STD-810-certified rugged servers and workstations that are certified to the procedures in MIL-STD-810H-514.8.

What are the MIL-STD-810 vibration testing procedures?

There are four procedures in Method 514.8, each of which are unique to the eventual use and application of a particular system:

MIL-STD-810H also provides a vibration environment categories table to help test engineers determine which procedures to perform based on the product’s life cycle phase and application. 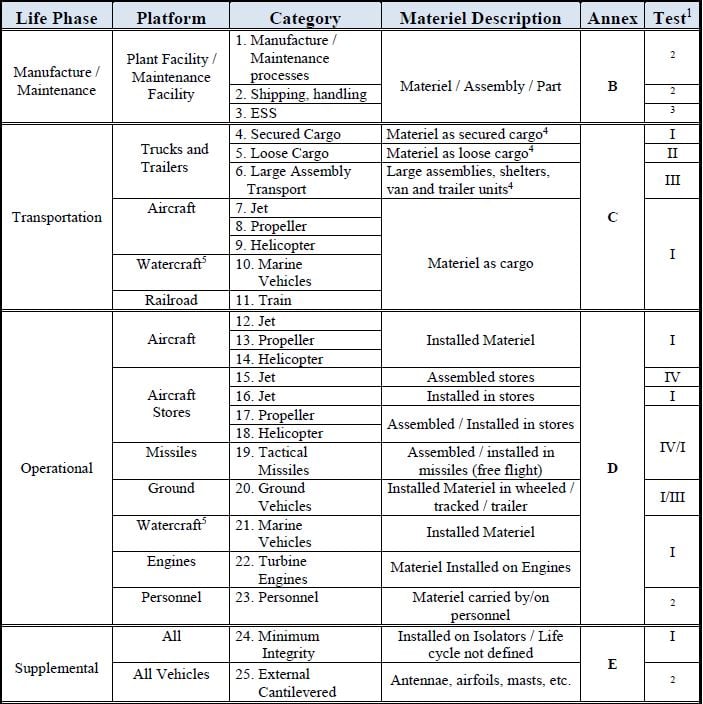 Scenario: The MIL-STD-810 servers are alright

Judders and jouncing, oh my!

A cargo truck is delivering four 2U rugged servers to a military installation, where they’ll provide much-needed data insights and file storage to the many soldiers stationed there.

The truck is traversing through the desert across rocky, bumpy, rugged terrain. It’s a lot coarser than the driver expected, and unfortunately, he's unaware that the servers, along with the other cargo in the trailer, have become unsecured as a result.

Shaking violently in place, the servers are now enduring a constant torrent of vibrations, forceful enough to detach fasteners and components and even crack the chassis.

And when the truck driver travels over a particularly steep bump or a cavernous dip in the path, the servers either collide with the other cargo or crash against the side of the trailer.

The driver arrives at the installation and realizes what has happened.

He meets with one of the information technology specialists there and expresses his concerns.

“It was a pretty bumpy drive, and the servers, unbeknownst to me, became unsecured about 10 miles from here,” he says. “To be honest, sir, I wouldn’t be surprised if they’re severely damaged or completely toast.”

At the gesture of the IT specialist, the driver opens the door to the trailer, and there the servers lie.

The look on the IT specialist’s face says it all.

Gazing into the military cargo truck’s trailer, his eyes lit up.

“There’s nothing to worry about,” he told the worried driver. “We knew the computers would experience a bit of vibration during transport, so we prepared for that by having them MIL-STD-810-certified.”

“Yep, and from the looks of the other broken items in the trailer, I’d say it’s a good thing we did.” 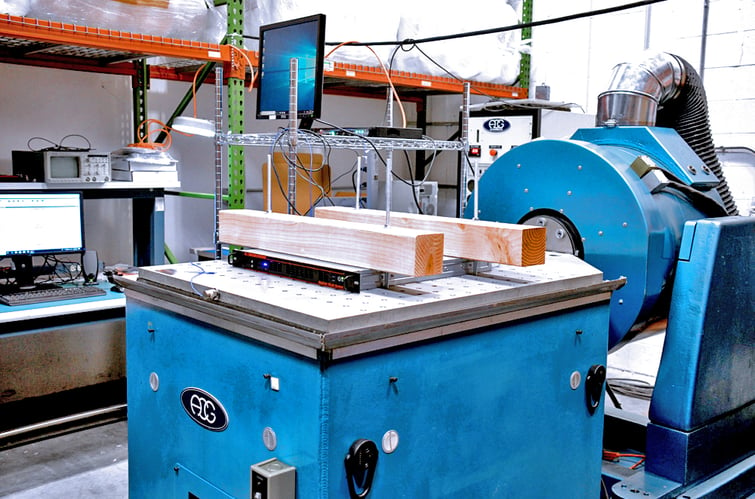 Collage: A 1U Trenton Systems rugged server being tested on our in-house vibration testing table, used to test the vibrational resilience of our MIL-STD-810 servers and workstations

How does Trenton Systems test its systems for vibration resistance?

Vibration testing services are typically requested directly by customers or listed as a requirement during the bidding process.

We can perform vibration and shock testing in-house at Trenton Systems up to certain limits and thresholds. Beyond that, we have testing labs we work with locally that can accommodate testing requirements beyond our capabilities. We can also provide customers with our shock and vibration test reports, which demonstrate just how resilient their customized rugged server or workstation is.

Visit our Compliance Page to learn more about testing standards and how we ensure your program or application is equipped with a durable, reliable server or workstation that meets MIL-STD-810 and other testing requirements.