If you work with rugged servers like we do, you've likely heard about two key subsets: military and industrial. But what exactly are the differences between the two?

But although the major difference lies in the names of each subset, there are, in fact, a few more subtle differences.

And while these differences aren't major, they're important to recognize when crafting a rugged computer server solution tailored to fit either application.

But before we outline the differences between military and industrial servers, let's first define some key terms. 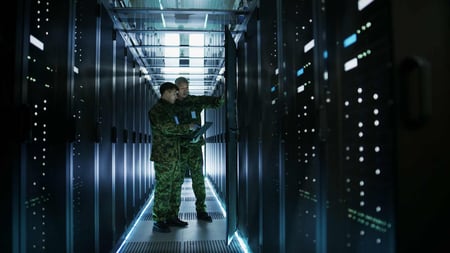 What is a military server?

A military server is a rugged computer designed for use by the Army, Navy, Air Force or any other branch of the military. Examples of real-world military server applications include weapons and surveillance systems, communications systems and radar systems. 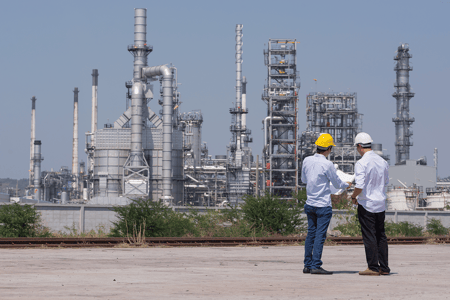 What is an industrial server?

An industrial server is a rugged computer designed for use in primarily manufacturing or production-related applications. This could include anything from a factory computer that helps separate products on an assembly line to any number of projects relating to the medical, telecommunications or aviation industries.

Photo: a series of gears turning

What are the differences between military and industrial servers?

There are three main differences between military and industrial servers:

Security requirements for the military are stricter due to the sensitive nature of classified and mission-critical applications. Most industrial applications will not require the high level of security expected from the United States military.

The amount of follow-up customer support necessary to ensure the effectiveness, efficiency and longevity of a particular server will vary based on requirements set forth by the military or a particular industry as well. At Trenton Systems, we provide a standard 5-year, worry-free warranty, and our incredible support team remains by your side for life.

You can also try any of our rugged computers free for 45 days.

Regarding certifications, we at Trenton Systems believe that a certified rugged server is a reliable one. And as the old Frank Sinatra tune goes, "You can't have one without the other."

There are several certifications for military servers outlined by the United States Department of Defense, including the MIL-STD-810, which is a minimum requirement at Trenton Systems, as well as the MIL-STD-461, which determines electromagnetic capability, and the MIL-S-901, which tests for high-impact mechanical shock at two separate grades.

MIL-STD certifications ensure environmental stress-test requirements, and thus varying levels of ruggedness, for military applications. To obtain a MIL-STD certification, a fully configured server is sent to a third-party testing facility and stress-tested to specific standards, such as acidic and explosive atmospheres, sand, fluid contamination and dust.

Not all military projects and programs require a certified rugged computer, and there are other non-defense and government organizations that make use of them. Read more about Mil-Spec servers here.

Some certifications are specific to certain industries. The Radio Technical Commission for Aeronautics' DO-160, for example, is used for aerospace environmental testing. This standard tests for factors such as humidity, vibration, temperature, flammability, among many others.

The Federal Communications Commission's electromagnetic certification is also important to industrial applications. This certification essentially ensures that the electronics in a particular application don't interfere with public airwaves or compromise public safety. The FCC divides its testing into different product categories called "parts" to determine the type of testing necessary for a particular device. 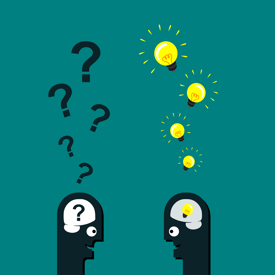 And there you have it: the key differences between military and industrial servers. The short and simple is that both subsets require different certifications and parts based on the level of ruggedness required, varying levels of security and follow-up support, as well as application-specific solutions tailored to fit the needs of customers on and off the front lines.

If you have further questions or would like to learn more about military and industrial standards, testing, and rugged computer server solutions, please visit Trenton Systems' Compliance page, leave a comment below or reach out to us today.