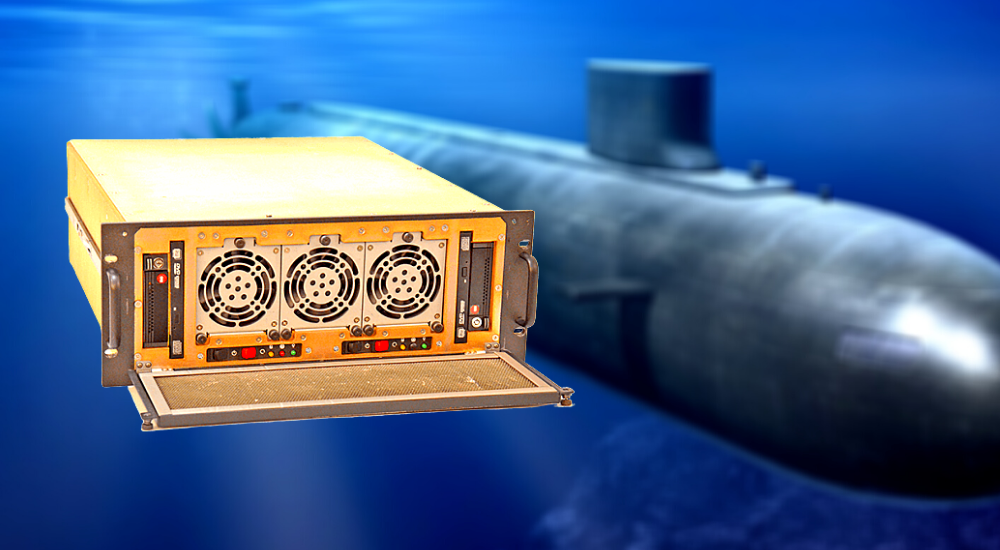 Graphic: The U.S. Navy employs major electronic warfare, combat, and tracking systems on its world-class submarines. Trenton Systems' USA-made, cyber-secure, COTS rugged servers and workstations, like the TMS4711 4U rugged workstation pictured above, currently support major U.S. Navy systems similar to the ones described in this blog post. Keep reading to learn more about each system and why Trenton is the best choice for Navy programs and applications in general.

Did you also know that the Navy’s fleet of ballistic submarines holds 54 percent of the United States’ nuclear deterrent arsenal? Oh, yes. You read that correctly. More than half of the country’s nuclear defense weapons are located on dozens of nuclear submarines.

The Navy’s submarines are worth billions, and submarine defense initiatives continue to be a multibillion-dollar industry. What makes these submarines particularly interesting, however, is the platform technology they employ to defend our nation’s borders, prevent war, and protect American lives.

Lockheed Martin and General Dynamics, respectively, are the hardware and software leads for these programs, which receive COTS technology refreshes every two to four years.

Keep reading to learn more about each of these programs, how Navy submarine commanders and crew members use them to keep Americans safe, and how cyber-secure, ruggedized, USA-made servers and workstations are the future computing powerhouses for these mission-critical systems. 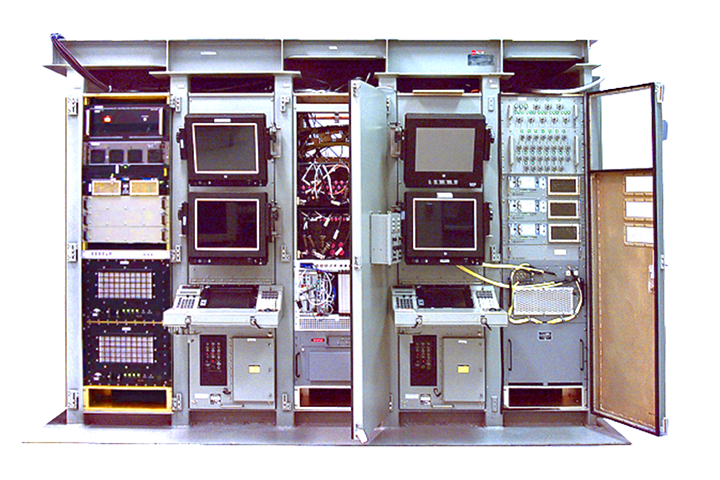 The Submarine Electronic Warfare Support System, also known as AN-BLQ-10, is the Navy’s undersea repository for detection, classification, localization, and identification of incoming, potentially unfriendly radar and communications signals. It’s a singular system comprised of several subsystems used for both signals intelligence gathering and processing when a submarine is at periscope depth.

The AN-BLQ-10 can be found on the Navy’s Virginia-class, Los Angeles-class, Seawolf-class, and Ohio-class submarines, and will eventually be installed on its Columbia-class ballistic missile submarines, which are scheduled to be delivered to the Navy in 2027.

What about the system’s hardware and software?

The AN/BLQ-10 has an open systems architecture, with its hardware and software being updated every two years.

The first AN/BLQ-10 technology insertion (TI) upgrade was TI-08, which added a subsystem for improved interception of low-probability radar signals. TI-10, on the other hand, included updates to commercial-off-the-shelf (COTS) processors and displays, upgrades of the radar narrow band and Improved Communications Acquisition and Direction Finding (ICADF) system, and improvements to the signals collection process.

TI-12 saw the installation of new high-performance servers and integration of some TI-10 capabilities, as well as a standardization of cybersecurity, on the Los-Angeles class submarines. TI-14 consists of updates to COTS processors, displays, and what’s called the Electronic Warfare Server First Generation, the purpose of which is to provide Electronic Support System (ESS) decision-makers with improved situational awareness. 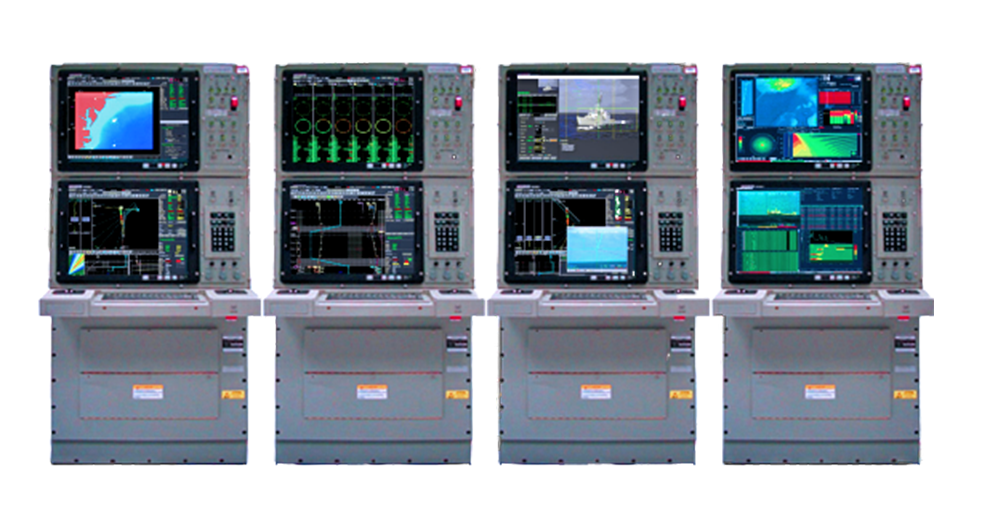 The Combat Control System, also known as AN/BYG-1, is the Navy’s official undersea weapons and tactical defense system for tracking and analysis of other submarines and ships, establishment of situational awareness, and aiming and firing of heavyweight torpedoes and Tomahawk land attack cruise missiles.

The AN/BYG-1 enables submarine crews and commanders to complete the following tasks quickly and efficiently:

What about the system’s hardware and software?

Like the AN/BLQ-10, the AN/BYG-1 employs an open systems architecture, with its hardware and software being refreshed biennially to address COTS obsolescence and equip the system with newer, and better, technologies.

The system is powered by COTS computers and sensors, which are integrated via the TCS to provide commanding officers and crew members with a shared strategic picture, one that’s continuously changing based on variations in the undersea environment. This is accomplished by exploiting the capabilities of multiple systems, including sonar, radar, navigation, electronic, and communications. 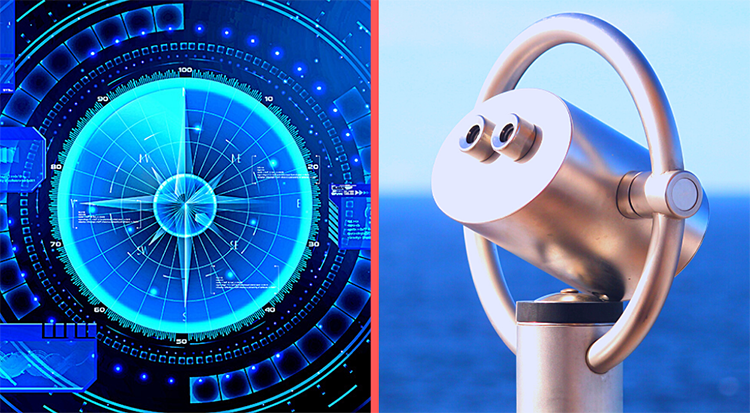 A-RCI and ISIS: The Sonar and Periscope Imaging Systems

The system is designed to process sonar-acquired environmental data and display it in a way that makes it easier for sonar operators to use. It’s also used by commanders to support covert Naval Special Warfare missions and assist with under-ice operations.

The AN/BVY-1 can be found on Los Angeles-class, Seawolf-class, Ohio-Class, and Virginia-class submarines. Like most Navy systems, it, too, possesses an open systems architecture, with technology refreshes occurring periodically. 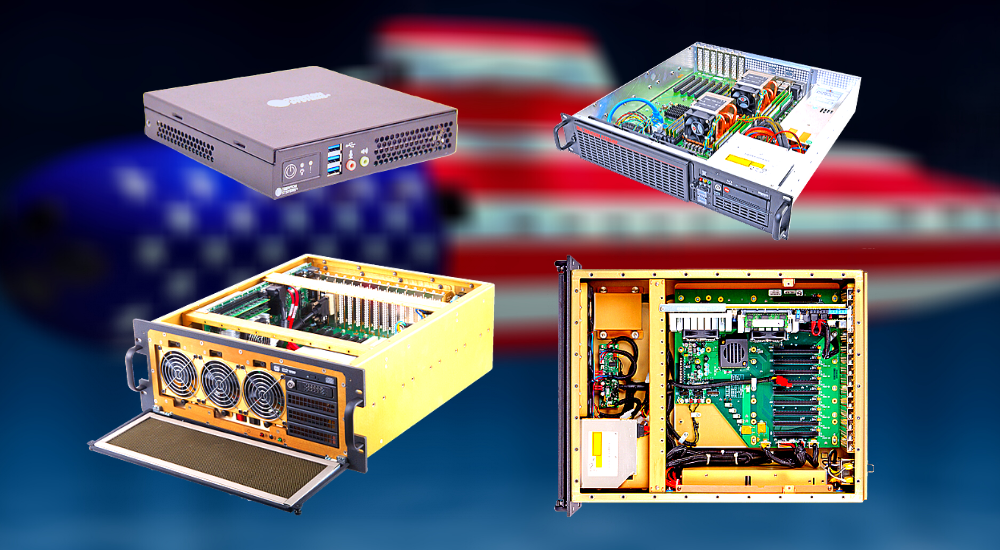 Graphic: Trenton Systems' rugged servers and workstations are the perfect choice for anti-submarine warfare and submarine warfare systems. Top, L-R: the small-form-factor ION Mini PC and one of our 2U Rugged Servers. Bottom: the TMS4711 4U Rugged Workstation

Some of our systems that are currently supporting Navy programs include two of our TMS4711 4U rugged workstations, both of which passed MIL-S-901 barge testing with flying colors. These marvels of rugged computing support and monitor the USS Gerald R. Ford’s jet launch command system with unrivaled performance, ruggedness, and COTS obsolescence control and revision control.

Trenton Systems' 1U, 2U, 3U, 4U, and 5U rugged servers and workstations are MIL-STD-810-certified, equipped with the latest Intel Xeon Scalable processors, cyber-secured with Star Lab’s Titanium Security Suite and Crucible Embedded Hypervisor, and can support numerous backward-compatible PCIe Gen 3 slots and compatible PCIe backplanes. If you’re looking for something a bit smaller but still just as secure, rugged, and high-performance, our 1U and 2U rugged computers or the ION Mini PC has you covered.

Our systems are also designed, manufactured, assembled, integrated, tested, and supported in the USA, and we partner with US-based original component and equipment manufacturers. No need to worry about questionable cybersecurity, counterfeit electronic parts, or hour-long support calls. We’re right here at home with you, in more ways than one.

But the benefits don’t stop there. We also offer custom BIOSes, strict revision and obsolescence control, limited lifetime support for your system, a five-year warranty, and a risk-free 45-day loaner program, which allows customers to use and test our systems for free, with no interruptions, for 45 days. You even have access to our engineers and support team for questions, comments, and concerns throughout the duration of the program.

What are you waiting for?

The future of rugged, cyber-secure, COTS rugged computing solutions is now, and its epicenter is right here at Trenton Systems.

Choose Trenton for your submarine radar, control, communications systems, detection, sensor, and torpedo and missile defense systems when the time is right.