Everything You Need to Know About PCIe 4.0 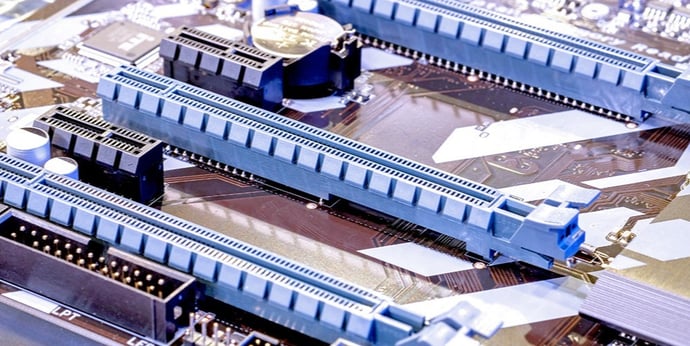 Photo: PCIe slots on a motherboard

Board manufacturers and chipmakers have launched or are preparing to launch PCIe 4.0 motherboards and PCIe 4.0 CPUs, and with those launches come performance benefits for customers employing PCIe 4.0 expansion cards, including GPUs, RAID cards, PCIe SSDs, and more.

But what is PCIe 4.0, and how is it any better than PCIe 3.0? You might even be wondering whether upgrading to PCIe 4.0 will be right for you when the time comes for your program or application to make that leap.

In this blog post, we'll discuss PCIe 4.0, as well as its purpose, speeds, compatibilities, and whether you should consider upgrading to PCIe 4.0 when the time comes.

We'll walk you through everything you need to know, slot by slot, in this complete reference guide to PCIe 4.0.

Photo: A PCIe expansion kit plugged into a PCIe slot on a backplane and dual-CPU processor board combo

PCI-SIG announced the development of PCIe 4.0 in 2011 and officially released PCIe 4.0, Version 1.0, in 2017. You can download the PCIe 4.0 specification from PCI-SIG’s Specifications Library.

At 16 gigatransfers per second (GT/s), PCIe 4.0 is the fastest PCIe generation available on the market right now, and high-performance computer manufacturers are scrambling to adopt it for their customers. PCIe Gen 4’s successive generations, PCIe 5.0 (PCIe Gen 5) and PCIe 6.0 (PCIe Gen 6), are still in their preliminary stages of development.

One of the most notable features of PCIe 4.0 is its higher data transfer rate of 16 GT/s compared to PCIe 3.0. Sixteen GT/s is twice the 8 GT/s transfer rate of the previous and now-widely-adopted PCIe generation, PCIe 3.0. This doubling of transfer rate, in turn, doubles the individual bandwidths that customers can expect from their motherboards’ x1, x2, x4, x8, or x16 PCIe slots.

The delivery of the PCIe 4.0 specification to the industry is an important addition to our spec library as it delivers high performance 16GT/s data rates with flexible lane width configurations, while continuing to meet the industry’s requirements for low power. 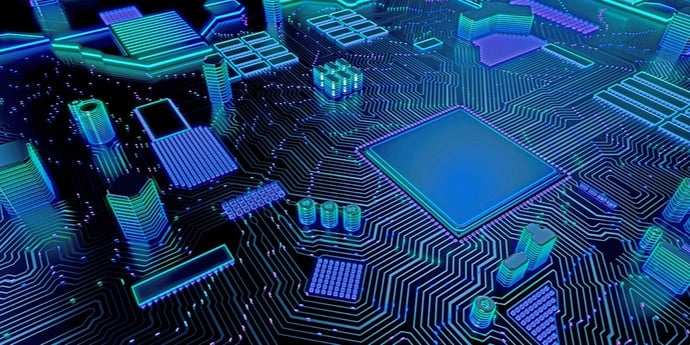 Like other generations of PCIe, PCIe 4.0 interfaces with your computer’s motherboard to facilitate the high-speed transfer of data from graphics cards, NVMe SSDs, RAID cards, and other expansion cards. This process is realized by your motherboard’s PCIe slots, into which these expansion cards are inserted.

Thankfully, PCIe 4.0 is backward compatible, so you can still use PCIe 4.0 expansion cards with PCIe 3.0 motherboards. You’ll just be bottlenecked by the slower speeds of PCIe 3.0.

Photo: PCIe 4.0 is already out. Chipmakers and board manufacturers are now implementing the new generation into their hardware.

But regarding large-scale industry adoption of PCIe 4.0, many board manufacturers and chipmakers are still catching up. Every new iteration of a technology has its growing pains, and the transition from PCIe 3.0 to PCIe 4.0 is, rather excitingly, happening before us right now.

If you're looking to upgrade to PCIe Gen 4, it's important to start exploring your options now. It won't be long before PCIe Gen 4 is the industry standard and PCIe Gen 3 is a technology of the past.

Photo: When it comes to the differences between PCIe 4.0 and PCIe 3.0, they all boil down to one major difference: data transfer rate.

With every PCIe 4.0 expansion card you purchase, assuming your computer has a PCIe 4.0 motherboard, you’re getting a higher (twice the) data transfer rate than you would with a PCIe 3.0 expansion card. So, essentially, your expansion cards are sending data faster and more efficiently because more data is being transferred per second, which ultimately boosts the performance of your expansion card and the activity it supports, e.g., reading and writing data from and to an PCIe 4.0 NVMe SSD.

PCIe 4.0 is backward compatible. It’s also forward compatible. So, you can insert PCIe 4.0 expansion cards into PCIe 3.0 slots, but your data transfer rate will be limited by the slower speeds of PCIe 3.0. Similarly, once the PCIe 5.0 interface is widely adopted, you’ll be able to insert a PCIe 4.0 expansion card into a PCIe 5.0 motherboard’s slot, but you'll be limited by the speeds of PCIe 4.0.

The simple answer is that PCIe 4.0 is both backward and forward compatible, but you’re not gaining performance benefits by using either of these features. No matter what, your PCIe 4.0 card will always be controlled by its respective speeds or the speeds of previous generations. Bear these concepts in mind as you consider upgrading to PCIe 4.0.

Here’s the bottom line: the concepts of backward and forward compatibility apply to every generation of PCIe - past, present, and future. But you’re not getting any performance benefit by using backward and forward compatibility with PCIe. It’s just a handy feature that’s there if you need it, e.g., you have a PCIe Gen 4 card but haven't upgraded your motherboard to support PCIe Gen 4. 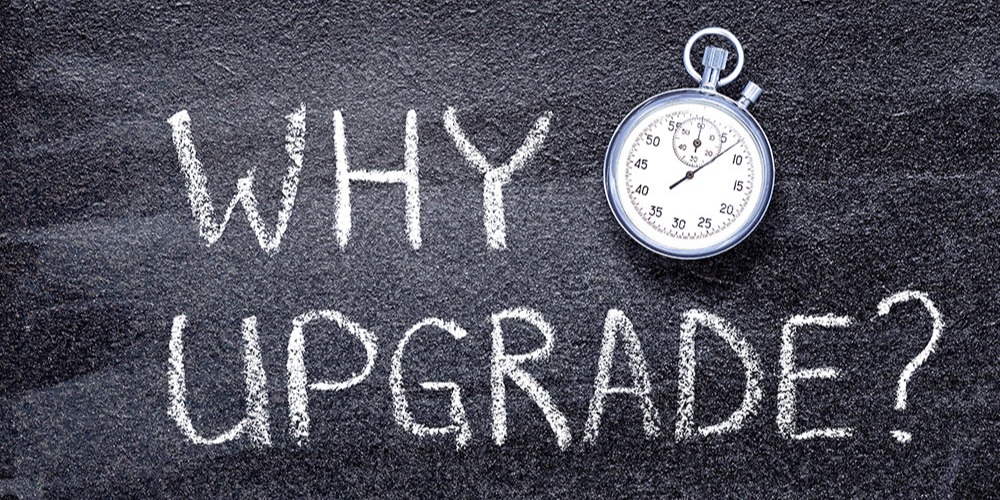 Photo: Upgrading to PCIe 4.0 is worth it in 2021. It's becoming the industry standard for motherboard interfaces as PCIe 3.0 begins phasing out.

Is PCIe 4.0 worth the upgrade?

PCIe 4.0 is worth the upgrade, especially now, given that PCIe 4.0 motherboards and PCIe 4.0 expansion cards are increasingly becoming an industry standard as PCIe 3.0 is phased out. More compute-intensive and data-intensive applications are beginning to require better performance from GPUs and other PCIe expansion cards, and PCIe Gen 4 cuts the mustard.

AMD is the only chipmaker offering PCIe 4.0 right now, but that will change once Intel releases its PCIe 4.0 Rocket Lake Desktop CPUs, for use with Intel Z490 motherboards, on March 30, 2021. 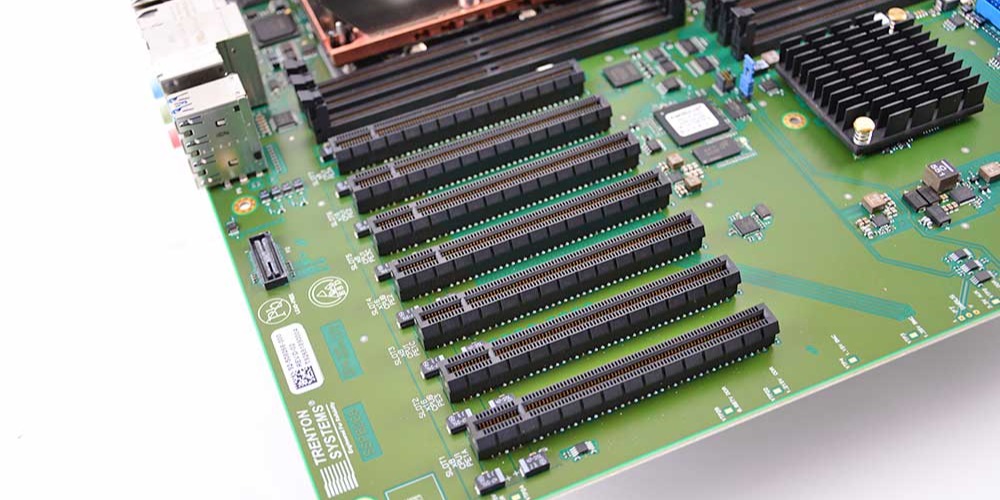 Only you can make the decision to upgrade to PCIe 4.0, and we'll help you figure out if this is the right choice for you during every step of the decision-making process.

To learn more about the ins and outs of PCIe 4.0, check out PCIe Gen 4 vs. Gen 3 Slots, Speeds. For more information on PCIe in general, take a look at our introductory PCIe blog post.

The fact of the matter is - if you're getting the performance you need from PCIe Gen 3 right now - then it's probably not quite time to upgrade to PCIe 4.0, but you should definitely start considering it soon, as PCIe 4.0 performance will become an industry standard before you know it.

Trenton Systems is currently testing PCIe 4.0 components and devices for its secure, made-in-USA computing solutions in-house to ensure that, once available, its PCIe 4.0 motherboards integrate seamlessly with customer platforms and that customers feel the least possible amount of resistance.

Trenton Systems is also here to help with any questions regarding PCIe 4.0 expansion cards, PCIe lanes and slots, PCIe backplanes and PCIe expansion kits, and other inquiries regarding our work with PCIe and how we can be of service to you as you begin considering an upgrade to PCIe 4.0.

Contact us today to learn more about our endeavors into PCIe 4.0 and how it can help your program or application remain relevant and performance-ready in the future.