What Is a Blade Server? [With PDF] 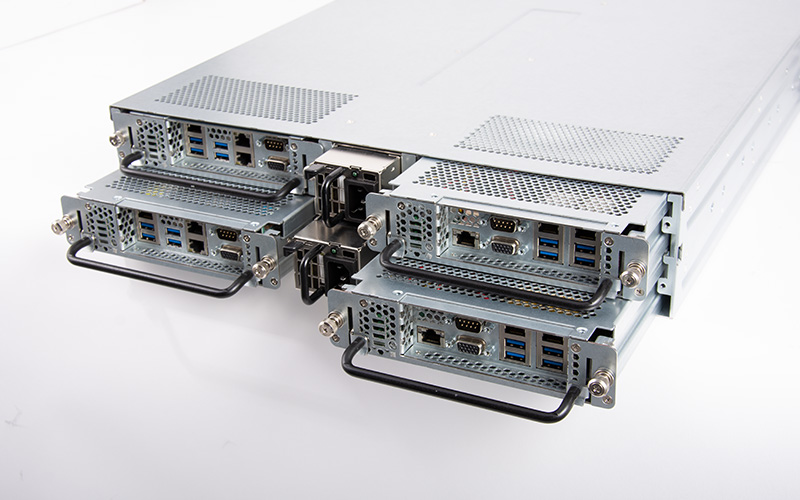 Photo: A 2U rugged blade server with four 1U server blades

We've only ever briefly touched on blade servers, however, and they're a crucial part of many data centers and programs supporting resource-intensive applications.

Despite their compactness, blade servers pack quite a punch, and they can offer outstanding performance to your application.

Whether you're looking to boost processing power, save space, reduce power consumption or implement a computer system that's easily replaceable and repairable, the blade server has your back. 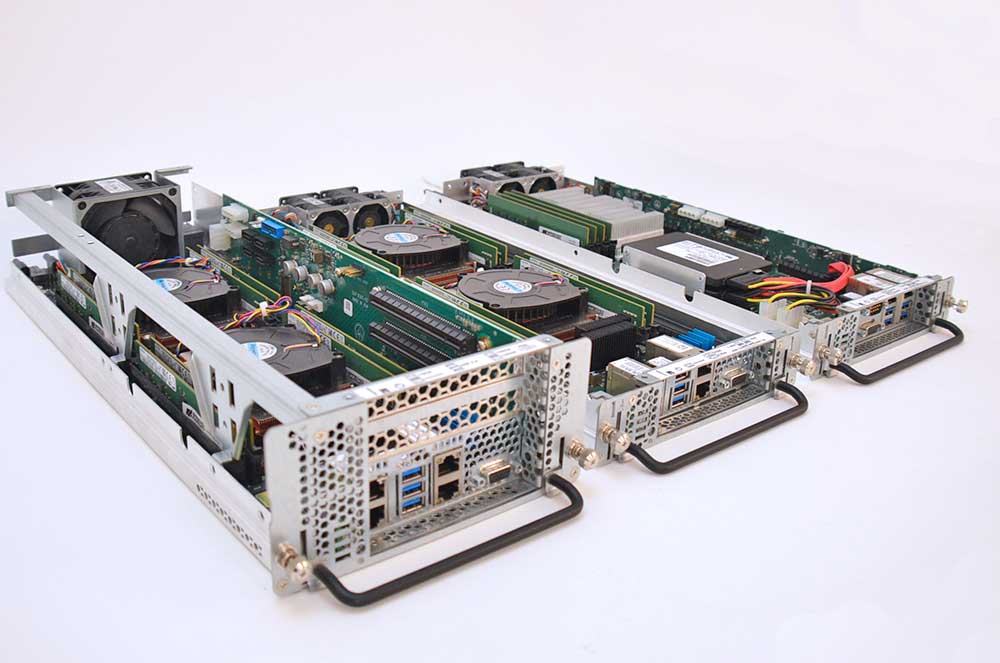 What is a blade server?

A blade server is a thin, lightweight, modular computer that slides in and out of a rack called a blade enclosure.

A blade server is part of the rack mount computer family alongside its big brother, the formidable rack server.

A blade server is typically situated inside a blade enclosure alongside other blade servers. This full assemblage of blade servers, called a blade system, is usually rack mounted, just like its rack mount server counterpart.

And their durable brethren, the rugged blade servers, are hardened, stress-tested machines that can be found supporting military and industrial applications in extreme conditions worldwide. 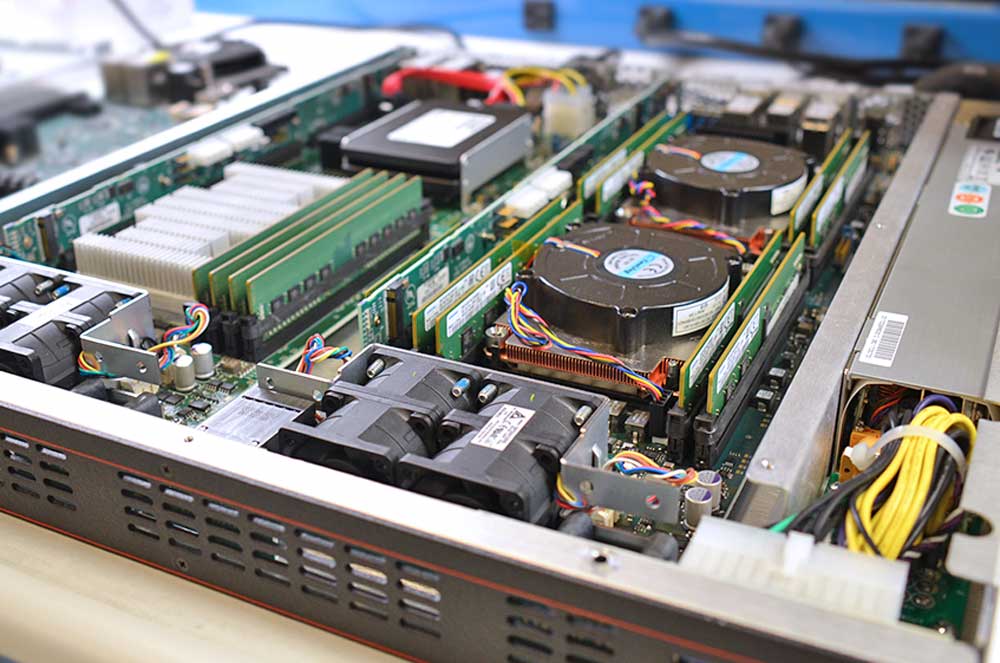 Photo: An inside look at a 1U blade computer

How do blade servers work?

Due to their naturally small size, they're usually only offered in a 1U  or 2U blade server configuration. The number of blade servers in a 1U or 2U chassis will depend on the requirements of a customer's specific program or application.

The slidable, hot-swappable nature of blade servers makes them easy to inspect, replace, or repair, all while the other blade servers in the enclosure continue to function seamlessly.

In addition, blade servers are capable of utilizing the same high-speed processors as their rack server and workstation counterparts, making for one heck of a processing powerhouse when coupled together in a blade system.

Trenton Systems' blade servers allow for the incorporation of multiple single or dual CPU processor boards supporting Intel Core i3, i5 or i7 or Dual Xeon SP processors.

That's a lot of processing power for such a small server.

Photo: A 2U blade computer situated next to a 2U modular chassis. Note the two PCIe slots installed on the riser card.

Which expansion slots are found in blade servers?

Depending on the blade server configuration, you can achieve up to four PCIe Gen 3 slots with Trenton Systems' blade servers, or even more than that with the incorporation of a PCIe expansion kit and backplane.

In other words, you don't have to sacrifice expandability simply because you're using a modular server.

You'll still have the option of adding any necessary high-speed components down the line. 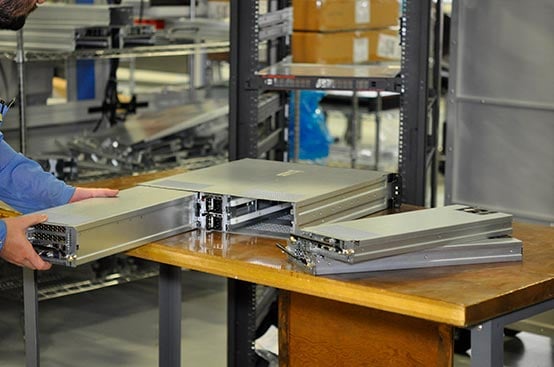 Photo: An in-house demonstration of how a 2U blade computer slides into a 2U modular blade chassis

What is a blade server used for?

Programs that emphasize space conservation and reduction in power consumption but still require a high-performance server will find the blade server quite useful.

Their thin, compartmentalized form factor makes them inherently more scalable than a rack server. In addition, because one, chassis-supported power supply unit can power all the server blades within an enclosure, blade servers are naturally more energy-efficient.

Furthermore, blade servers' compute density is unmatched, which is often why you see them powering resource-intensive applications.

For example, with a 1U rack mount server, you might be able to incorporate two Dual Xeon SP CPU processor boards, for a total of four CPUs, only, but picture a blade enclosure housing numerous blade servers, each with a Dual Xeon SP CPU, and just think of how much processing power you can achieve.

Just like the rack server, blade servers can be used to:

If these perks and benefits sound ideal, then the blade server just might be for you.

Need more information on whether a blade server is right for you?

You can also check out 3 Reasons You Should Consider Upgrading to a Blade Server.