What is a Heat Sink, and How Does it Work? 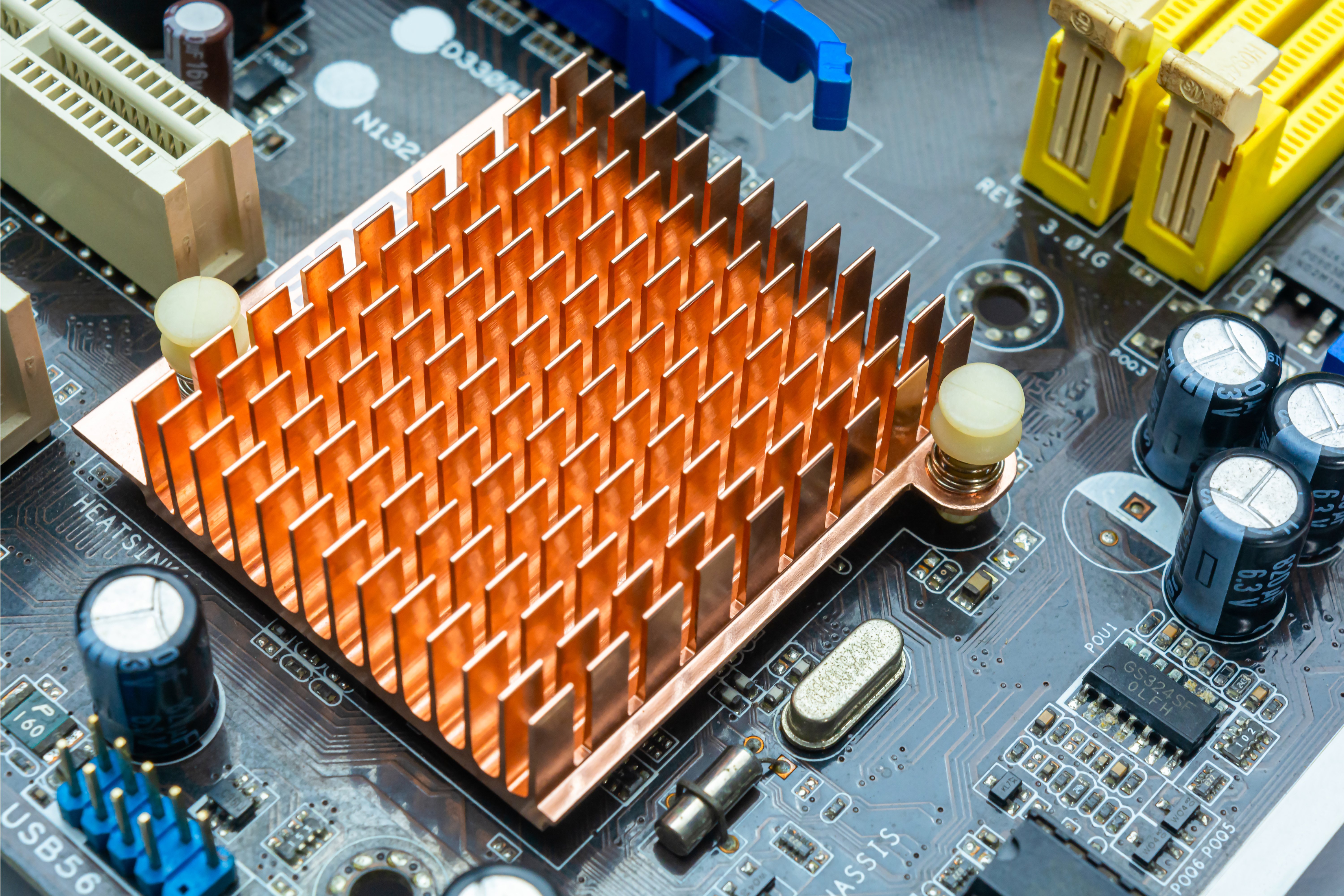 A computer's CPU (central processing unit) is often prone to overheating because some of its components overheat, posing risks to the entire computer's functionality.

In this blog, you'll learn how heat sinks help protect your computer's CPU from overheating, ensuring maximum efficiency and the protection of critical parts and components.

What is a heat sink?

A heat sink is a piece of metal that sits on top of a computer chip such as a CPU and draws power away from components by letting it rise through a series of fins.

By themselves, heat sinks are passive, meaning they have no moving parts. In most cases, however, the heatsink is combined with a fan that blows the hot air away or a liquid cooling solution that carries the heat halfway through the pipes.

What is the purpose of a heat sink?

A CPU is prone to overheating because some of its components product heat. Without the heatsink, the heat generated by the components stay in your CPU, which will burn or fry it.

Because most components are made of electronic chips, they absorb heat easily. If they receive too much heat, they become damaged and, therefore, useless, posing a risk to the functionality of high-performance computers.

Having a heat sink is critical because it helps your CPU cool even if you use it for a long period of time. It is designed to absorb the heat coming from your CPU then disperse the heat away from its components. The dissipation of heat is possible because a heat sink has fins, which gives more surface area during a heat transfer.

A heat sink needs to make strong contact with the source of heat in order to maximize cooling. Heat sinks use a thermal conductor to move the heat into fins, which have larger surface areas and thus disperse heat throughout the computer.

How does a heat sink work?

A heat sink works by moving heat away from a critical component. This is done in four basic steps:

What are the types of heat sinks?

There are three types of heat sinks: passive, active, and hybrid.

Passive heat sinks rely on natural convection, meaning the buoyancy of hot air alone causes the airflow generated across the heat sink system. The benefit of these types of heat sinks is that they do not require secondary power or control systems to remove heat from the system. However, passive heat sinks are less effective at transferring heat from a system than active heat sinks.

Active heat sinks utilize forced air to increase fluid flow across the hot area. Forced air is most commonly generated by a fan, blower, or even movement of the entire object.

Hybrid heat sinks combine some aspects of passive and active heat sinks. These configurations are less common, and they often rely on control systems to cool the system based on temperature requirements.

When the system operates at cooler levels, the forced air source is inactive, only cooling the system passively. Once the source reaches higher temperatures, the active cooling mechanism engages to increase the cooling capacity of the system. 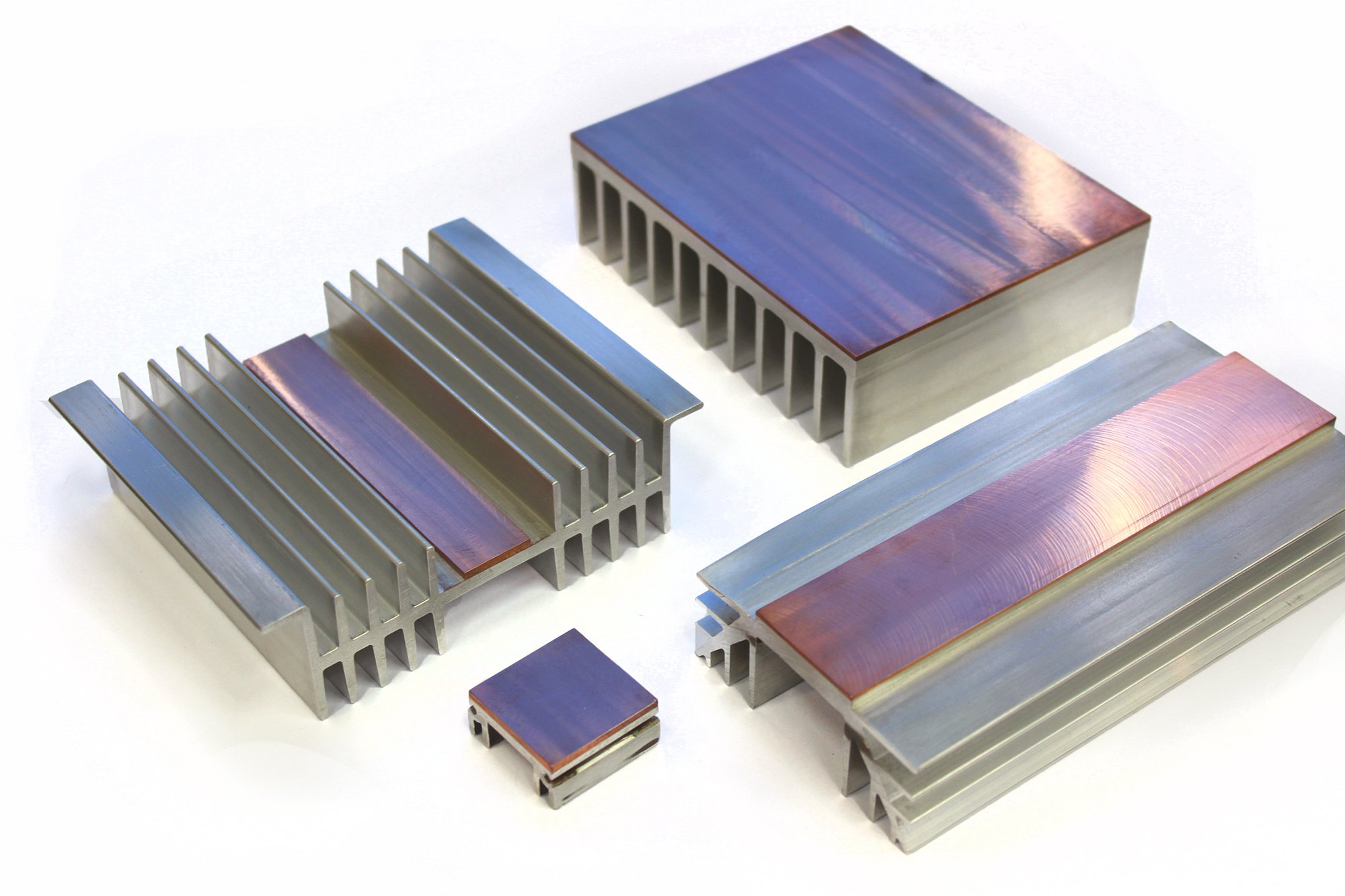 What is heat sink compound? 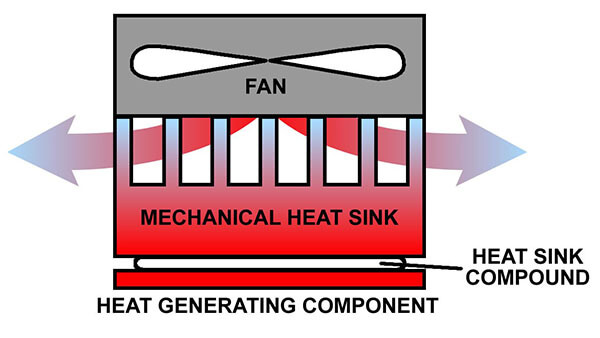 Source: techspray.com. Heat sink compound is a stick paste that is used as an interface between CPU heat sinks and heat sources.

Heat sinks play a critical part in dispersing heat away from a CPU and avoiding overheating, guarding the physical surfaces of critical parts and components.

With an overheated CPU, a computer's functionality is compromised, impeding performance when and where it matters most.

At Trenton, our boards are equipped with custom and standard heat sinks and blower fans from Dynatron to reduce the heat on the components and system holistically.

Our engineers spend countless hours configuring a solution with the best cooling setup to extract heat and route it out of the chassis for optimal performance across all environments.

We also perform thermal chamber testing on our parts and components in-house to ensure our systems meet the stringent standards and requirements of our military customers.

This is why a high-quality heat sink is important, whether in active, passive, or hybrid form, as it protects the central component of a computer's infrastructure, ensuring maximum efficiency at all times.