What is BIOS (Basic Input/Output System)? 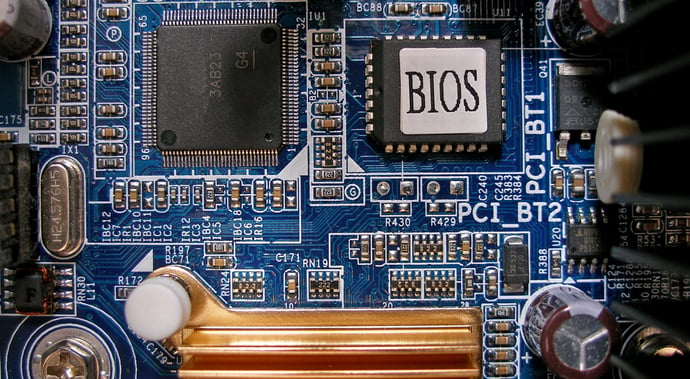 Right after a computer is turned on, it is important to make sure that there are no issues with hardware that could potentially compromise the computer's functionality.

In this blog, you'll learn more about what BIOS (Basic Input/Output System) is and why it is an integral part of the booting process to ensure effective, secure operation.

BIOS, or Basic Input/Output System, is software stored on a small memory chip, also known as firmware. BIOS is found on the motherboard, and it is the very first software to run after a computer starts.

BIOS instructs the computer on how to perform basic functions like booting and keyboard control; it is also used to identify and configure the hardware in a computer such as the hard drive, CPU, memory, and related equipment.

BIOS firmware is non-volatile, meaning that its settings are saved and recoverable even after power has been removed from the device.

Why is BIOS important?

BIOS identifies, configures, tests, and connects computer hardware to the OS after a computer is turned on. This is called the boot process.

It is responsible for POST, or Power-on Self-Test, the initial set of diagnostic tests performed by the computer right after it is turned on to check for any hardware-related issues.

POST is always going to run regardless of whether you've just restarted your computer or you're turning it on for the first time in a few days.

POST does not rely on any specific operating system. Additionally, there does not even need to be an OS installed on a hard drive for it to run because POST is handled by the BIOS, not any installed software. If an OS is installed, POST runs before it can start up.

POST checks that basic system devices are present and working properly, like the keyboard, peripheral devices, and other hardware elements like processors, storage devices, and memory.

The computer will continue to boot after POST, but only if POST is successful. If POST finds an issue, you will get an error of some kind, and hopefully the error is clear enough to start the troubleshooting process. 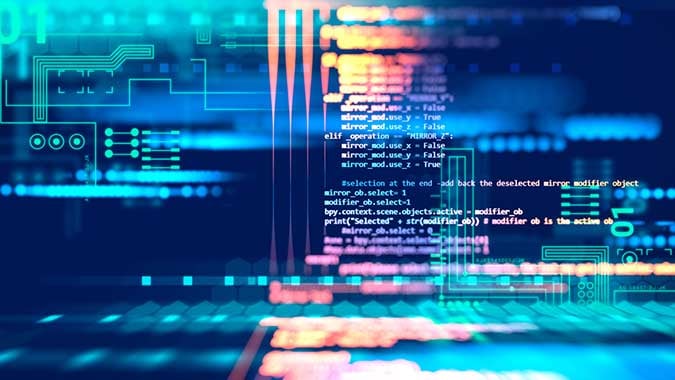 Source: hpcwire.com. BIOS is responsible for POST, Power-on Self-Test, the initial set of diagnostic tests performed by the computer right after it is powered on, with the intent to check for any hardware related issues.

BIOS is accessed and configured through the BIOS Setup Utility, which is, in essence, the BIOS itself, and all BIOS options are able to be configured here.

Unlike an operating system, BIOS comes already installed on a system, also known as out-of-box functionality.

The BIOS Setup Utility can be accessed in various ways depending on the computer or motherboard make and model.

BIOS access and configuration are independent of any operating system because the BIOS is part of the motherboard hardware.

Some of the most popular BIOS vendors are:

How to use BIOS

BIOS supports several configuration options that can be changed through the setup utility. Saving these changes and restarting the computer, thus applying these changes, alters the way BIOS instructs hardware to operate.

This includes the ability to:

Cyberattacks have become increasingly sophisticated, and traditional safeguards are proving to be ineffective in the face of these advanced attacks.

Without BIOS security, hackers can easily access and manipulate a computer's information, gaining control over your system up to the highest level.

These data breaches are often very difficult to detect, even when using high-level scanning and other protective measures.

Read more on how to secure your BIOS here.

At Trenton, we design, manufacture, assemble, test, and support all of our systems right here in the USA.

Our expert team of engineers spends countless hours customizing the BIOS in-house to deliver an unprecedented level of system flexibility and customization capabilities based on the customer's exact configuration.

We control the BIOS firmware and source code to lock down and disable common exploitation points for independent and state sponsored hackers.

With advanced, multi-layer cybersecurity technologies, we protect all system parts and components, including the BIOS, against unauthorized access, guarding sensitive and classified information at the highest level.

A secure, functioning BIOS equips a computer with right tools for immediate detection of hardware issues that post a risk to its operational integrity, ensuring optimal performance at the edge, anywhere, anytime.