What is PCIe 5.0? Everything You Need to Know

PCIe 5.0, the latest PCIe generation, has recently been released, much to the delight of personnel across the high-performance computing industry.

In this blog, you'll learn what PCIe 5.0 is, how it offers improvements over previous generations, and if an upgrade is warranted.

First introduced in 2003, PCIe (Peripheral Component Interconnect Express), is a standard that allows peripheral devices to attach to a computer's motherboard and communicate with the central processing unit (CPU).

In January of 2022, the specifications for PCIe 6.0 were released, but it will take months, even years, for commercially available products to support PCIe 6.0.

PCIe 5.0 is the next generation of PCIe, which is a widely-used, high-speed interface that can connect components such as graphics processing units (GPUs), self-encrypting drives (SEDs), and Ethernet hardware.

The specifications for PCIe 5.0 were first released in 2019, but CPUs that support PCIe 5.0, such as the Intel® 12th Generation Alder Lake Core® Processors, were released in early 2022.

The primary differences between PCIe 4.0 and PCIe 5.0 pertain to speed, bandwidth, and power.

For reference, maximum speed and bandwidth implies that one is dealing with a x16 slot, the largest and fastest PCIe slot available.

The maximum data transfer rate shows how fast data can be transferred in each PCIe lane. The number of lanes depends upon the slot size: x1 slots have one lane, x4 slots have four lanes, x8 slots have eight lanes, and x16 slots have 16 lanes.

This increased speed is beneficial because it allows computers to process more data and enables them to maximize the power of the latest GPUs or SEDs.

In addition, the increased bandwidth of PCIe 5.0 means that devices may be able to achieve the same throughput with fewer lanes, making more lanes available.

For example, a GPU that used to require 16 lanes to run at full speed may now be able to run at the same speed with 8, making 8 additional lanes available. This is important because CPUs provide a limited number of lanes, which need to be distributed among devices so that the CPU can communicate with each.

Finally, PCIe 5.0 aims to solve power delivery problems with current GPUs. The existing 8-pin connectors can only supply up to 150W each, with two or three connectors usually required. The new 16-pin PCIe 5.0 connector, however, will be able to deliver enough power for high-end graphics cards. Source: How-To Geek. The primary differences between PCIe 4.0 and PCIe 5.0 pertain to speed, bandwidth, and power, with PCIe 5.0 being twice as fast as PCIe 4.0.

Is PCIe 5.0 forwards and backwards compatible?

Yes! PCIe 5.0 is both backwards and forwards compatible, as are all generations of PCIe.

This does mean, however, that speed is limited to the lowest generation, so the PCIe 5.0 card that is plugged into a PCIe 4.0 slot will transfer data at PCIe 4.0 speeds.

Is upgrading to PCIe 5.0 worth it?

PCIe 5.0 devices are not likely to be the norm for a few more years, and by that time, companies like Intel® and AMD® are sure to have released faster, more powerful generations of CPUs that may even be able to support PCIe 6.0.

That being said, those who use a computer of some kind will benefit from PCIe 5.0, but people and organizations that deal with big data will benefit the most.

Companies like Google and other large public services that deal with large amounts of data will make their operations more efficient with PCIe 5.0. Science and engineering applications will benefit from this increased bandwidth, too.

But PCIe 5.0 will not render PCIe 4.0 devices to become completely useless. Even PCIe 3.0 devices are still widely-used, so there is no immediate requirement to upgrade to PCIe 5.0, and a popular GPU, the NVIDIA® GeForce RTX 3039, can only handle PCIe 4.0 within a x16 slot.

In addition, though some PCIe 5.0-compatible option cards will be available in the coming months, they are sure to be in limited quantities and very expensive.

If you are willing, however, to pay a premium to be an early adopter of PCIe 5.0, or you are due for an upgrade, then getting a PCIe 5.0-compatible device may be worth it. 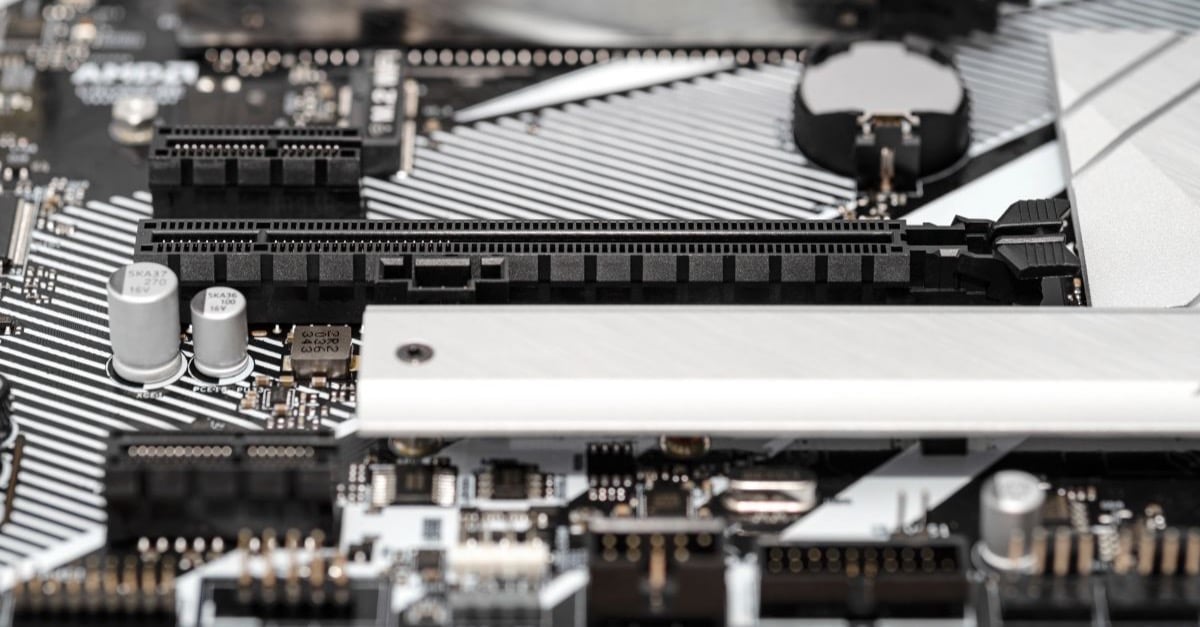 Source: Newegg. Those who use a computer of some kind will benefit from PCIe 5.0, but people and organizations that deal with big data will benefit the most.

This is especially helpful within the aerospace and defense sectors, providing military personnel with the data they need to increase awareness of their surrounding environments and effectively detect, track, and engage with enemy threats.

As extension of our customers' technical and program teams, as well as a preferred partner of Intel® and NVIDIA®, Trenton Systems is poised to be, if not the first, company to provide USA-made PCIe 5.0-compatible servers to our commercial, military, and industrial customers.

In the midst of a heavily constricted supply chain, we utilize proactive risk management methodologies to help ensure timely delivery of products, maximum quality, and keep programs on schedule.

We stand at the forefront of a renewed dedication to American manufacturing, equipping our customized solutions with the latest in embedded computing technology to provide our customers with peak performance, advanced cybersecurity, and ruggedization across all environments.

Interested in learning more? Get in touch with our team of experts anytime to discuss your most complex requirements. We're always here to help.