TAA compliance is a hot topic right now for those looking to acquire goods and services wholly made or substantially transformed in the United States or trusted countries.

If you're involved with GSA Schedules, IDIQ contracts, or DoD contracts and need to verify TAA compliance, then this is the blog post for you.

We'll cover TAA, TAA compliance, the meaning of substantial transformation, provide a list of TAA-compliant countries and non-TAA countries, as well as discuss the TAA certification process, determining whether products are TAA-compliant, and how software fits into the equation.

Photo: The Trade Agreements Act (TAA) was passed in 1979.

TAA is an acronym for the United States Trade Agreements Act (TAA) of 1979.

Passed by the 96th U.S. Congress in 1979, the TAA is a piece of legislation approving and implementing multiple trade agreements previously enacted and negotiated between the U.S. and other countries under the Trade Act of 1974.

The TAA is an enabling statute (meaning that it grants new or previously prohibited powers to a person or entity - in this case, the federal government) that implements numerous multilateral (three or more countries) and bilateral (two countries) international trade agreements and other initiatives.

Here's what you NEED to know: The TAA allows government program management offices to restrict their procurement of goods and services to products that are manufactured or wholly transformed in the U.S. or a TAA-designated country.

The TAA has four primary purposes, listed themselves at the beginning of the Act:

Photo: TAA compliance has to do with verifying American-made and American-vetted products.

What is TAA compliance?

Now, what does "substantially transformed" mean? It means that the product has become a new and different commerce article in terms of name, character, or use.

Overall, substantial transformation is a subjective determination. It can get murky and is handled on a case-by-case basis. The determination requires in-depth analysis and fact-gathering about product manufacturing and sourcing on behalf of a contractor should they be tasked with verifying TAA compliance.

For example, in Uniroyal, Inc. v. United States, an early 1980s case about footwear imports, the U.S. Court of Appeals ruled that attaching an outsole to an upper (shoes without soles) does not substantially transform the upper, which is already a substantially complete shoe.

A 2007 CBP ruling found that a cellphone was substantially transformed when programmed with computer software that allowed it to "function as a testing tool for telecommunication networks."

A 2009 CBP ruling found that a USB flash device programmed in the U.S. was substantially transformed, although its firmware and application software had been developed elsewhere.

A 2013 CBP ruling found that Ethernet switches assembled in Malaysia and shipped to Singapore, where U.S. software was downloaded onto the switches, were not substantially transformed. The mere downloading of the software did not constitute programming, and as such, the country of origin was determined to be Malaysia.

A 2014 CPB ruling found that cutting a CO2 tube, which imparted an essential character of the product, and attaching four other components, did not substantially transform the tube.

Unless otherwise listed, TAA compliance applies to all GSA Schedules, defined by the GSA as "long-term governmentwide contracts with commercial companies that provide access to millions of commercial products and services at fair and reasonable prices to the government."

Essentially, the GSA, which is dedicated to procuring goods and services for the government via its Federal Acquisition Service (FAS), the procurement arm of the federal government, likes to know that these goods and services support the American economy and originate from trustworthy, vetted sources. 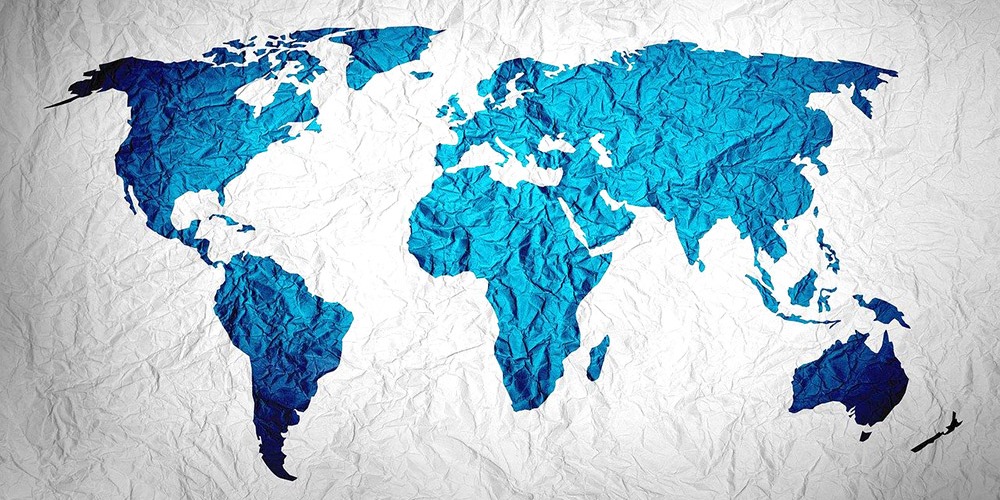 Which countries are TAA-compliant?

A frequently asked question is whether China and Japan are TAA-compliant, so we'll address this inquiry first.

There are four officially recognized groups of countries that are considered TAA-compliant as of 2021. The Federal Acquisition Regulation (FAR) lists these groups and the countries they comprise.

The following countries, organized by their officially designated groups, are TAA-compliant as of 2021: 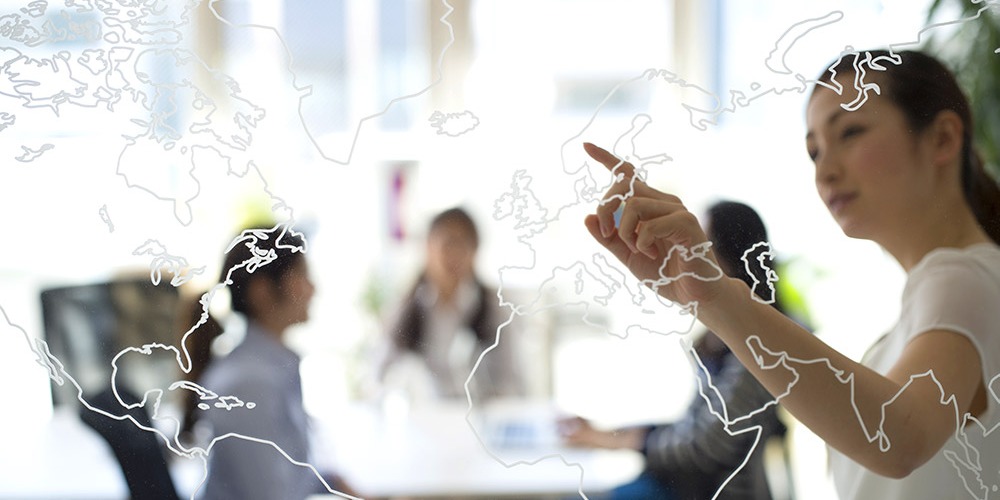 Photo: There are few notable countries classified as non-TAA-compliant.

Which countries are not TAA-compliant?

As of 2021, countries that are not TAA-compliant include the following:

Goods and services wholly manufactured or substantially transformed in these countries constitute a violation of GSA Schedule terms and conditions, assuming no exceptions exist.

Now, if goods or services have been assembled in, or consist of numerous components from, multiple countries, TAA-compliant or not, a determination of substantial transformation must be made, and this can get a little challenging.

What is a TAA certification?

There is no official TAA certification. The responsibility of verifying TAA compliance rests solely on the contractor or supplier required to comply.

If proof of TAA compliance were requested, an organization would most likely have to perform an analysis of their operations and gather data on product or component sourcing to satisfy the TAA's made in the USA, made in a TAA-designated country, or substantially transformed requirements.

Think of verifying TAA compliance as more of an internal certification process than a formal process handled by a certifying body or entity. The results of the certification would be provided to any requestor, such as the GSA, for proof of TAA compliance.

How do you become TAA-compliant?

TAA compliance is achieved by manufacturing one's products wholly in the USA or a TAA-designated country or meeting the substantially transformed requirement.

Here's a good rule of thumb to remember: At least 50 percent of product production must occur in a TAA-designated country to be considered TAA-compliant. 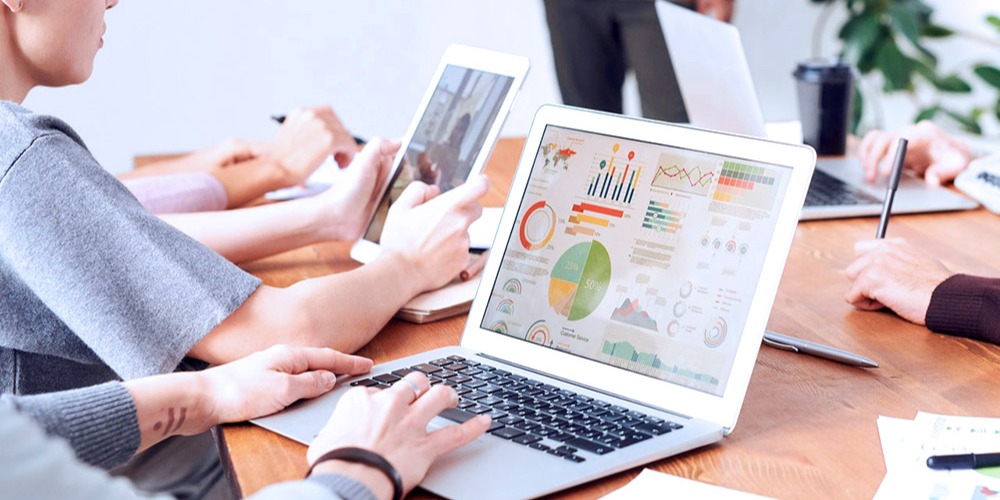 Photo: Verifying a product's TAA compliance can either be quite simple or incredibly challenging.

How do you know if a product is TAA-compliant?

The best way to determine whether a product is TAA-compliant is to ask the manufacturer.

Some manufacturers list TAA compliance statements, policies, or internal analyses on their websites. If they don't have them listed, ask them for copies. This is a great way to verify their compliance.

With some companies, like Trenton Systems, TAA compliance is evident. Still, others, such as those who advertise that their products are made in the USA but whose manufacturing and sourcing locations indicate otherwise, may require additional inquiries to verify TAA compliance.

Regardless, if you're an acquisition specialist or contractor and need to verify TAA compliance, manufacturers of interest, especially those who claim that they're TAA-compliant, should be more than happy to provide you with TAA verification documentation. 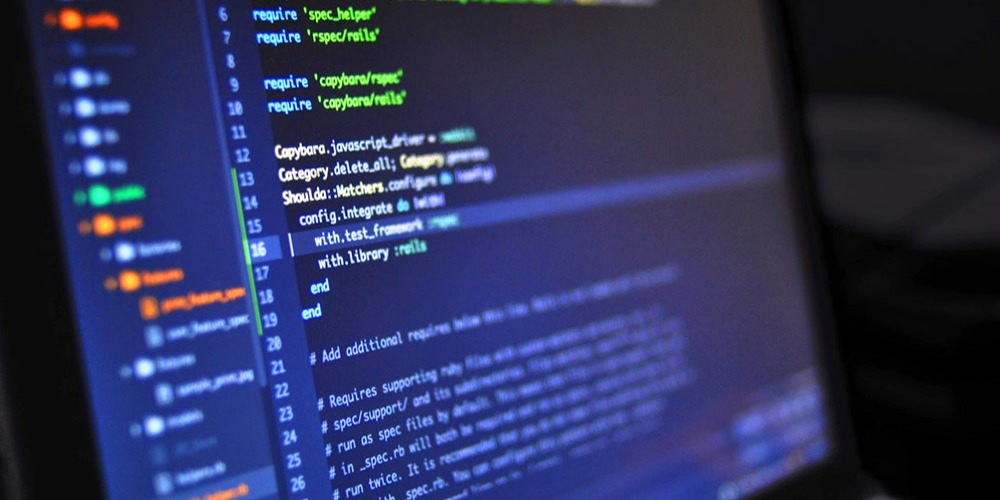 Photo: Software is not excluded from TAA compliance requirements.

Does software need to be TAA-compliant?

TAA compliance applies to software as well and has a similar verification process. CBP mostly focuses on the origin of the final software build to verify TAA compliance.

For example, a 2012 CBP ruling found that an open-source software program was, in fact, substantially transformed in the country where the final software build took place, even though some of the source code had been developed in China.

Why is TAA compliance important?

Toni Hauck, Trenton Systems' Director of Quality Control, recently shared her thoughts on why TAA compliance is necessary for many aerospace and defense customers.

Part of our business model is being able to effectively service the military and aerospace industries with customer-driven computing solutions, and there's a focus on TAA compliance within these industries for those solutions. It's a requirement laid out within a lot of our contracts, and we want to be compliant with the federal regulations flowed down to us regarding being able to properly service these military and defense contracts. It's probably also recently been highlighted because of the issues with Supermicro and other cybersecurity concerns surrounding technology offshoring.

As a manufacturer of made-in-USA, high-performance computing solutions, Trenton Systems is considered TAA-compliant.

Trenton Systems also places great emphasis on building cybersecure computing solutions that secure each layer of the system stack, from hardware to the operating system. This is supported by our TAA compliance, as well as our Counterfeit Protection Program (CPP) and supplier verification plan.

If you're interested in acquiring a TAA-compliant, cybersecure, high-performance computing solution, don't hesitate to reach out to us. We're here for you.